Following a recent report that the average British household spends more on childcare than they do on their mortgage, David Cameron has suggested a subsidy for working parents that could mean a £2,000 saving per child.

In their annual Childcare Costs Report, Family and Childcare Trust have found childcare prices have sky rocketed, and in some cases can cost working parents more than their mortgage.

The report which details the charge of nursery, child-minder, out-of-school childcare and holiday childcare, stated the average cost of a child in an after school club and another in part-time nursery is approximately £7,549 per year, whereas the average UK mortgage falls at £7,207 per year.

During school holidays and after-school care most working parents have to rely on paying out for formal childcare, which is often essential. For families on low income, such costs are far too high and many parents who don’t earn much are feeling the pressure. 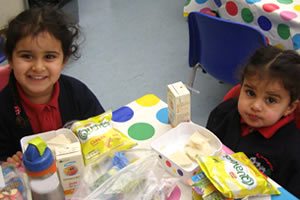 In an attempt to help low-income earners, David Cameron has offered a potential subsidy to ease costs.

As part of the new universal credit system (a change of the welfare system), which supports those who are jobless or on a low income, the government have promised to meet 85 per cent of childcare costs for poorer families.

This could potentially save such families £1,500-£2,000 per child under the age of 12. Cameron believes that up to 1.9 million working families could benefit.

Of course, the majority of British-Asians have the luxury of informal childcare, with the help of parents and grandparents they are spared the fees of formal childcare. But not everyone can rely on family support all of the time.

Dawn Green, Chief Executive of East Staffordshire Citizen’s Advice Bureau said: “Many of our clients rely on grandparents and relatives to help out but when this isn’t an option shift workers often have very few options, and with more and more people working to and past retirement age family care may not be an option for many.” 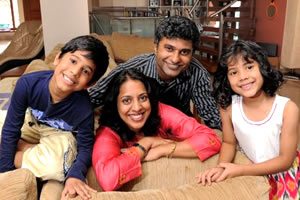 Single parents and those who do not have family living close by may suffer the most. The report found that many women, after childbirth are unable to return to work due to the high prices of childcare.

A report by the Institute of Public Policy Research in February 2014 stated that almost half a million mothers are prevented from returning to work due to rising childcare costs.

The Family and Childcare Trust also found that there is a big difference between local authorities in the amount of two-year-olds receiving free early education. In London, just 51 per cent of eligible children had been placed by November 2013.

“When even part-time childcare costs outstrip the average mortgage for a family home – and many parents have to spend more than a quarter of their income on childcare – it’s clear that our childcare system isn’t fit for purpose.”

“We need a childcare system that helps parents who want to work and contribute to the economy and gives children the best start in life. The Family and Childcare Trust wants to see all political parties commit to a long-term childcare strategy that delivers for parents, providers, and crucially, for children.”

Although Child Tax Credits are available to some parents, many of those in full-time employment don’t have the option and still suffer. In some cases, parents spend more on childcare than they do on weekly grocery shopping.

The report found that since 2002, the cost of childcare has risen more than inflation every year, and international data shows that the average British family spend more than quarter of their income on childcare than any other European country, at 26.6%.

Another government survey published in 2013 found that there was a significant difference in levels of formal childcare use; one of those affecting this was ethnicity: “Formal childcare is more likely to be used by children from white British families than those from all Asian ethnic groups.” 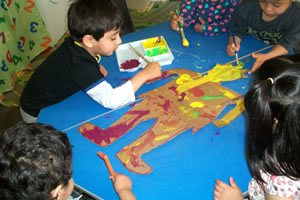 Other characteristics that were analysed were; age, family circumstances, region, deprivation, and rurality, which all found to have a considerable effect on childcare. It is clear that the drastic cost of childcare is an issue which needs to be addressed by the government.

Not only do families suffer, but so does the economy with so many parents being forced to stay at home instead of working in order to make ends meet. The report states that much of the issue with childcare costs lies with wages ‘with recent Government research suggesting that 77 per cent of group-based (nursery and club) childcare costs were staff costs’.

The report concluded: “The current childcare system is not working for anyone. Children are losing out on vital early education and families remain trapped in poverty because they cannot make work pay. Childcare providers struggle with debts. 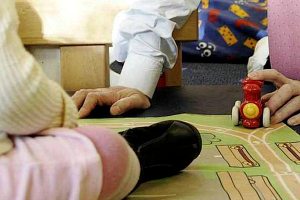 “Women fail to return to the labour market after they have children and the economy loses their skills and their taxes. The state faces greater welfare bills and high administrative costs for delivering a complex support system.”

But with the government subsidised childcare costs to be put into place, many working parents will feel the benefit:

“This is about helping all families, but particularly those families that do feel their finances are squeezed. I want to give families greater stability, greater peace of mind, greater security. And obviously being able to have £2,000 tax relief per child is going to be a huge help to millions of families across Britain,” said Cameron.

Nick Clegg added: “For every 80p you pay, the government will pay 20p. It’s as simple as that.”

If successful, the government subsidy will encourage more parents, particularly British Asians, to not have to rely on family to look after their children under the age of 12.

As part of the senior DESIblitz team, Indi is responsible for management and advertising. He especially loves producing stories with special video and photography features. His life motto is 'no pain, no gain...'
Asian Neurosurgeon charged with Sexual Assault
Top 5 British Asian Models