Are There Enough Role Models for British Asians?

British Asians make up a significant part of the UK population. But why is there an absence of British Asian role models in the industries?

"I believe she diversifies TV in an unconventional way"

To many, having a role model can sound unnecessary.

Often asked as a question while in school, people often abandon the idea of looking up to someone.

But, for certain populations, even finding somebody you look up to as a child is a problematic experience.

There is a struggle for ethnic minorities in finding a role model who came from the same beginnings as them.

This struggle can be particularly prominent for British Asians.

British Asians have been settled in Britain ever since post-war migration to the UK.

But, is it fair to say that the representation of British Asians in some of the biggest industries isn’t enough?

From trying to find a British Asian sportsperson to a media celebrity, the search for role models shouldn’t be excruciatingly hard.

However, it can be when South Asian representation in Britain is still being shunned.

Why do we Need Role Models? 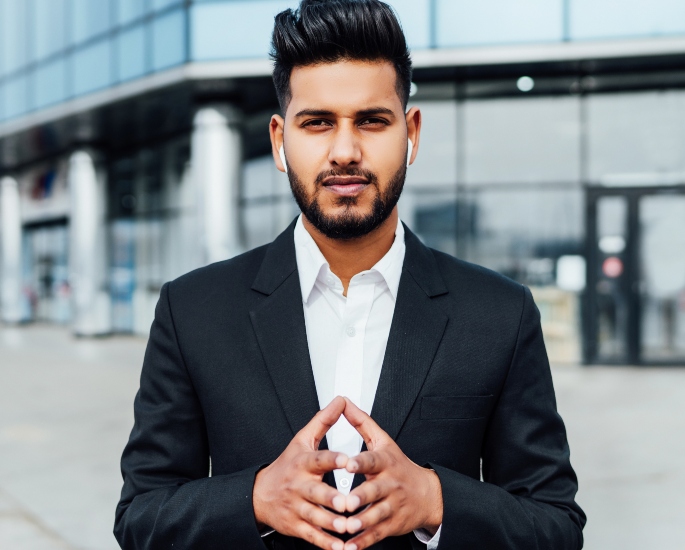 As mentioned, role models may seem futile to many.

After all, don’t we live in a world where we constantly use individuality as a mechanism for success and recognition?

Whilst role models may be characterised as someone to follow and aspire to be, many define them differently.

Role models are, to many, just a reminder that things in the hardest of situations can be done. That one can succeed over the hardships which may be presented to them.

Every British Asian has a very different experience. Whether it encounters racism or the struggle to ‘fit in’, British Asians have journeys that deserve to be represented.

The hardships of any ethnic minority are often glossed over. In what we hail to be an inclusive society, bias and discrimination still exist.

For many, it can still feel like their skin colour is making people judge them. That’s why role models are so pivotal.

Seeing somebody from the same background or upbringing as you, who looks like you, and strives to do what you desire can be captivating.

It can feel like you finally see yourself in someone, somebody who resonates with your own story and journey.

But that doesn’t make role models easy to find.

Of course, a Google search of potential candidates could be initiated with seconds.

But finding somebody’s story you genuinely are in awe of, and feel represented within? A slightly harder task.

Whilst there are many role models available for British Asians in their country of decent, a connection can’t be forced.

Many British Asians feel a disconnect from certain industries as they don’t see their experience reflected back at them.

Whilst you can seek the representation of people from the same origins as you, the unique British story isn’t present.

That’s why British Asians would strive to seek validation in their own setting and home.

However, there’s an undeniable struggle to navigate representation in the industries you want to be a part of in Britain. 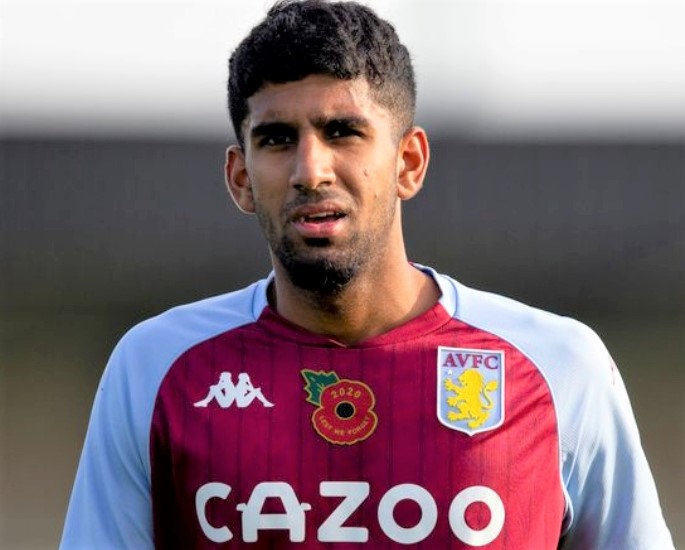 Whilst it may not be difficult to find a South Asian role model in professional careers, many industries are still lacking in diversity.

A notable dip of representation for British Asians would undeniably be in the fan-filled world of football.

The Premier League is a renowned stage to showcase sporting excellence.

With it racking up huge numbers of followers from Europe to Asia, it is a stage that can promote representation. But this lack of representation is not going unnoticed.

“Almost three decades have passed since the Premier League began and in that time only four British Asians have made appearances in the top flight.

“There should have been more.

“The love for football in the Asian communities across all ages and levels is undeniable, yet the inherent talent there hasn’t come through into the professional game.”

So, it is known that there is a gap in the industry for British Asian role models.

Especially in a country where footballers are idolised so frequently amongst younger generations, British Asians often struggle to find representation.

This presents a harsh conflict that British Asian children are grappling with.

Why aren’t there people who look like them who get the sporting recognition? This can deter young people from pursuing their dreams.

Is this really what should be ingrained in this hopeful generation?

Surely, they should have as equal a chance to believe they can make it to the highest tiers of football.

Although interestingly, the popular sport is moving in the right direction, which is important to highlight.

However, only a handful of British Asians still is not good enough for such a monumental sport.

Another industry that is still criticised for lacking South Asian representation is the world of media.

We are constantly absorbing some sort of media. Whether it’s reading the work of journalists or watching characters on the big screen.

But are we seeing British Asians feature enough?

It’s undeniable that there are some very prominent British Asians who have been representing the community.

However, people are demanding a larger demographic of British Asians in these highly publicised roles.

In April 2021, an opinion piece by Film Birmingham questioned this lacking representation:

“Why is it that our television screens don’t reflect the world we currently live in?”

“Why is a South Asian protagonist still considered an exception rather than a norm?”

The truth is, many just see British Asian representation in the media as tokenistic.

Another way to satisfy the second largest demographic in the UK. It’s obvious that this stance isn’t going to last.

People are starting to demand serious representation, opening a gateway for role models for British Asians in the media. 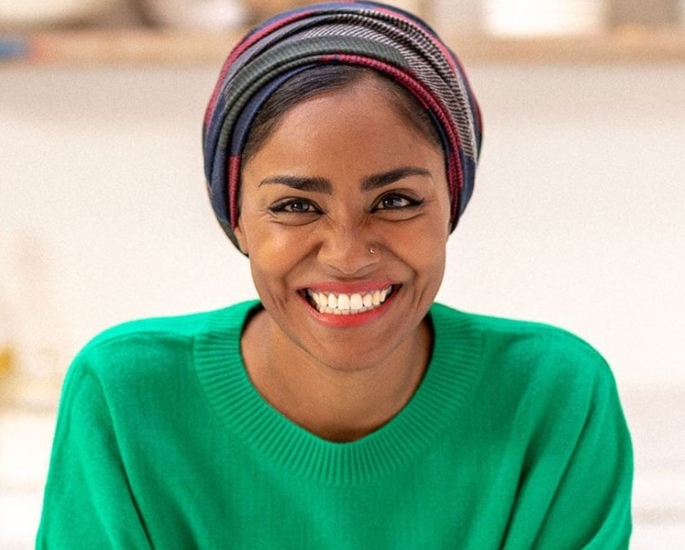 It would be ignorant to suggest that there are no role models for any British Asians. A role model is a personal choice.

It can be somebody you know, like a parent, or somebody in the spotlight who you aspire to be.

One of the most popular role models in the 21st century is of Pakistani descent. That is the Nobel Peace Prize winner, Malala Yousafzai.

Her story is one that struck a chord amongst many people: many British Asians in particular.

Her fight for education for women is a movement that has had a resounding impact on many people across the world.

Malala was shot by a masked gunman in Pakistan and she required severe treatment so her family had no choice but to bring her to Birmingham, England.

Her invaluable campaigning through Taliban rule and the lack of opportunities for women resounded with South Asians worldwide.

Residing in Britain and becoming part of British education makes her a figure so close to home for British Asians.

However, there are certain creative industries that are seeing more representation.

In the media, one British Indian actor is often hailed upon by the youth.

His roles in some of the most influential Hollywood films have been based on Indian characters. This has been collecting a significant British Asian fanbase behind him.

However, Dev himself acknowledged the platform is lacking for British Asians.

This has left the actor questioning himself about the way that South Asians are represented in the western world.

In 2021, Dev spoke with The Guardian about his casting in The Personal History of David Copperfield (2019).

He focused on how the film would act as a meaningful projection to the British population:

“It’s more indicative of the Britain I grew up in. It makes it more accessible.”

“I didn’t know what David Copperfield was. I couldn’t relate to that. Fifteen-year-old Dev couldn’t see his face in that, couldn’t understand it.”

“But there are people out there like me, who grew up in the same position, who share two identities… People are going to relate to this material.”

There is a never-ending list of other British Asians who could pose as very influential role models for young children or even adults progressing through their careers and journeys.

“I wouldn’t say I particularly have a British Asian role model but a person I would think of quite quickly is Nadiya Hussain.

“She is an example of a normal person who has reached great heights.

“What I like so much is the relatability and normality she brings to the TV with such a great personality.

“I believe she diversifies TV in an unconventional way, as you mostly consider diversity in TV to be associated with TV series/movies.

“It is also a step in the diversity of occupation as prominent people in the cooking industry tend to be white as seen in the cast of the GBBO.

“Although I do think there could be more diversification for me to have more of a role model, I think my greatest role model will always be closer to home in my mum.

“There aren’t very many prominent figures of the British Asian community who inspire me as their stories aren’t shared as much.”

Role models can be noticeably harder to find for British Asians who struggle to find someone who can balance their British and South Asian identities.

It can be frustrating that role models aren’t as obviously abundant for British Asians.

The concept of role models transcends race, however, many find comfort in seeing somebody like them reflect their own dreams.

For many, it’s a piece of evidence that their dreams are possible.

That their ambitions can become reality because there is somebody like them who has done it before.

Whilst there aren’t enough role models for British Asians in some industries, looking for somebody to resonate with can be uplifting.

But even if you do grow up without a role model, you yourself could have the potential to become one.