The report by Sue Gray on the Downing Street parties during lockdown has been published and British Asians have reacted.

"some of the gatherings in question represent a serious failure"

British Asians have reacted to the findings of Sue Gray’s report into the Downing Street parties during lockdown in 2020.

The allegations have rocked Prime Minister Boris Johnson’s government in recent months and the subsequent inquiry has been delayed numerous times.

The report has now been published.

The full report was shelved to comply with the Met Police’s concerns that its criminal investigation could be impacted by the full suite of evidence being made public.

Instead, a shorter summary of the findings was sent to 10 Downing Street and made public.

Stating that she did not intend for a shorter report to be published, Ms Gray wrote:

“I am extremely limited in what I can say about those events and it is not possible at present to provide a meaningful report setting out and analysing the extensive factual information I have been able to gather.”

It is likely there will be a row over how much information has been disclosed and critics have previously stated that anything other than full disclosure amounts to a “whitewash”.

The report has raised questions over the potential consequences the PM could face.

Throughout the ‘partygate’ scandal, there have been calls for him to quit.

But a less detailed report coupled with the fact that the PM is not named may water down the repercussions he may face. Mr Johnson may even walk away without facing punishment.

On the news, student Akash said:

“While the report provides some insight into the matter, the fact that it is less detailed is a disgrace.

“The Prime Minister has lied to us all and despite calls for him to go, he may go unpunished for his disregard for the rules.”

Ms Gray continued: “As I have noted, a number of these gatherings should not have been allowed to take place or to develop in the way that they did.

“There is significant learning to be drawn from these events which must be addressed immediately across government.

“This does not need to wait for the police investigations to be concluded.”

The investigation found evidence of “excessive consumption of alcohol” and that staff “felt unable to raise concerns” about breaches in Number 10.

It also found that of the 16 gatherings identified, 12 are being probed by the police and Boris Johnson attended at least three of them.

Sue Gray’s report confirms the most notorious allegations are being looked at by the Met, including a gathering on Boris Johnson’s birthday, a party on the eve of Prince Philip’s funeral, a boozy do in the Downing Street garden the PM admits he attended and an alleged party in his flat.

The report has attracted a lot of attention on social media, with members of the British Asian community providing their reactions.

Citizen Khan star Adil Ray stated that “any decent person would resign” following the emergence of such as scandal.

Media lawyer Veena said: “The problem is Boris’ actions show he isn’t decent or honest, he believes he is beyond reproach.”

“Sue Gray report found ‘failures of leadership and judgment’ in No 10.

“Really I’m shocked and surprised, what else would you expect from the over-entitled letch.” 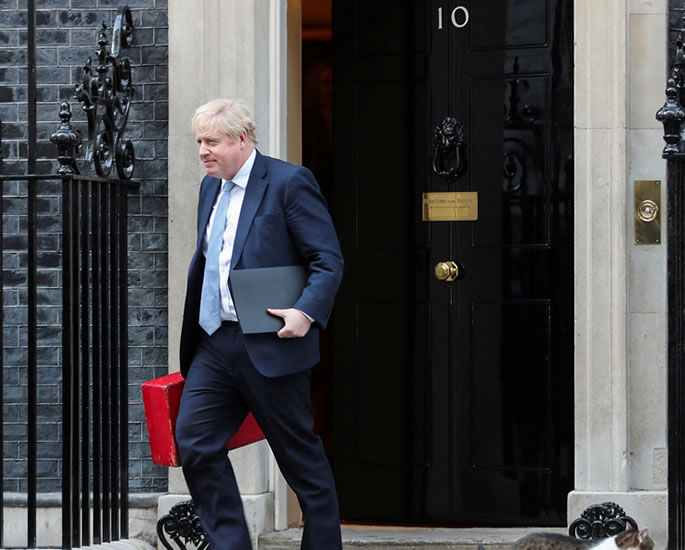 The PM’s spokesperson described the update as a “reflection of the fact there is an ongoing police investigation and the Met have been clear about what their expectations are about what can or cannot be put in the public domain while that’s ongoing”.

On whether Sue Gray will look to publish more in the future, the spokesperson said “obviously we will need to consider what might be appropriate”.

They continued: “We are discussing with the Cabinet Office team in due course about what might be appropriate, but at the moment it is unclear how the ongoing Met Police investigation might interact with any further work on that.

“But obviously it’s something we will want to keep under review.”

In Parliament, Boris Johnson issued an apology but afterwards, he rejected a suggestion by the former PM Theresa May that Sue Gray’s report showed Downing Street had not been following the rules it set.

He also said people needed to wait for the police investigation before drawing conclusions.

This indicates further delays when it comes to potential consequences.

Some Conservative backbenchers have shown vocal support and backed his call to move on.

But there are signs several others have not been so keen on the tone he’s taken.

What Tory MPs make of his handling of this will be incredibly important as they decide if they want to keep him in place as Prime Minister.

The Met later revealed it received 300 images and 500 pages of documents about the partygate allegations from the Sue Gray inquiry.

It is working “at pace” to contact people present, who may face a fine.

“We are now reviewing it at pace to confirm which individuals will need to be contacted for their account.”

“This prioritisation will include reviewing all the material from the Cabinet Office, which includes more than 300 images and over 500 pages of information.”

The Met confirmed the events it is investigating include two the PM admits attending – albeit he insists briefly – in the Downing Street garden in May 2020 and a birthday celebration thrown for him in the cabinet room.

It also confirmed it is investigating an event in the Downing Street flat held on the day Dominic Cummings left his job.

The Met also defended its decision to ask Gray to withhold key detail of the worst breaches. It is the Met’s third attempt at an explanation following a wave of criticism.

The Met said: “The reason this request is necessary is that in any investigation officers seek independent accounts from each individual, as free from the influence of others’ recollections as possible.

“Officers would also seek to avoid providing details of their investigation in advance to those they contact, so that individuals are not tempted to shape their accounts according to what is in the public domain.”

Sue Gray’s report into ‘partygate’ has attracted a lot of attention but despite the information, it looks as though the public will have to wait even longer to see how things play out.

Dhiren is a journalism graduate with a passion for gaming, watching films and sports. He also enjoys cooking from time to time. His motto is to “Live life one day at a time.”
Pakistani Siblings caught with £500k in Money Laundering Plot
Are There Enough Role Models for British Asians?