Malala Yousafzai appeared on the cover of British Vogue and told the magazine that her fame affected her school life, calling it “awkward”.

"you want to just be a student and a friend."

Malala Yousafzai has admitted that her school life was affected as a result of her fame.

In her native Pakistan, she was campaigning for girls to be educated when she was shot in the head at the age of 15.

Since then, Malala has continued to campaign for education rights and has gone on to achieve worldwide recognition.

She has now appeared on the July 2021 cover of British Vogue where she revealed that her fame affected her schooling.

After leaving Pakistan, Malala went to school at Edgbaston High School in Birmingham.

She said: “People would ask me things like, ‘What was it like when you met Emma Watson, or Angelina Jolie or Obama?’

“And I wouldn’t know what to say.

“It’s awkward because you want to leave that Malala outside the school building, you want to just be a student and a friend.”

Malala went on to say that she had “never really been in the company of people my own age because I was recovering from the incident, and travelling around the world, publishing a book and doing a documentary, and so many things were happening”.

“At university, I finally got some time for myself.”

She admitted that she “didn’t write anything about the Nobel Prize” on her personal statement for Oxford.

“I felt a bit embarrassed.”

But Malala revealed that she enjoyed “each and every moment” at Oxford University.

On her time at university, the 23-year-old Nobel Prize laureate said:

“I was excited about literally anything. Going to McDonald’s or playing poker with my friends or going to a talk or an event.

“I was enjoying each and every moment because I had not seen that much before.”

“When she came in, she was great at being the Malala the world knows; being around adults and handling situations with diplomats and world leaders.

“She was a little more reserved, and serious because she had to carry herself in those settings.

“She came into university as an adult, and left it as a young adult.”

In June 2020, Malala completed her philosophy, politics and economics degree at Oxford University. 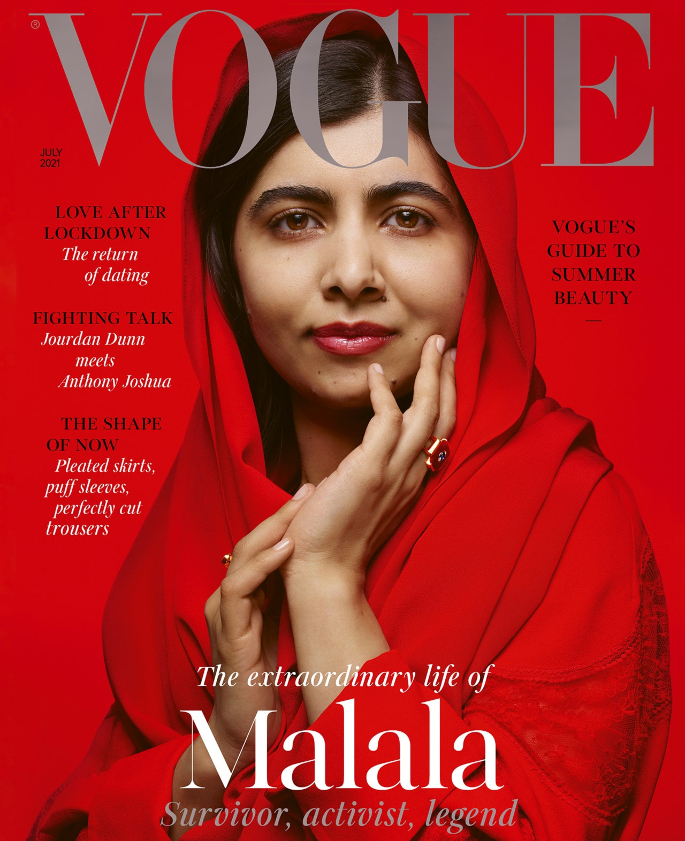 On the British Vogue cover, Malala was pictured wearing a red headscarf.

She discussed the cultural importance of the garment.

Malala explained: “It’s a cultural symbol for us Pashtuns, so it represents where I come from.

“And Muslim girls or Pashtun girls or Pakistani girls, when we follow our traditional dress, we’re considered to be oppressed, or voiceless, or living under patriarchy.

Dhiren is a journalism graduate with a passion for gaming, watching films and sports. He also enjoys cooking from time to time. His motto is to “Live life one day at a time.”
Indian Student honoured by Forbes for Water Campaign
Stoke Park to close for 2 Years after purchase by Mukesh Ambani