Is there a UK ‘North-South’ Divide for British Asians?

Does it go further than saying ‘dinner’ instead of ‘tea’ for your evening meal? We explore the possibility of a ‘North-South’ divide amongst British Asians.

"I was raised in a house where you weren’t allowed to be friends with boys or wear makeup before marriage."

British life has always projected a ‘North-South’ divide with differences in class, social status and even accents. But is this also true for British Asians?

A person from the north will say: “Please note that there is a correct way to pronounce ‘bath’ and no there isn’t an ‘r’ in the middle.” Whilst, people from the south will continue to pronounce words as they always have done.

Accents are one of the biggest indicators of a region and even for British Asians this resonates far more strongly today as we progress into newer generations.

As a northerner, you’re more likely to be recognisable when you speak than from those from down south, who can sound quite neutral. A Yorkshire, Geordie or Scouse accent is certainly more distinctive.

However, being British Asian, definitely makes these accents more noticeable compared to non-Asians.

Seeing a British Asian speaking with a dense accent from the north even a Scottish accent, adds a totally new dimension compared to to the Desi aspects of the person.

Inderjit says: “Living in Yorkshire, my accent is a fairly mild accent. But keywords tend to give the game away, such as ‘laff’ instead of ‘larf’.”

It seems to be the case that northerners in the south can also sense other northerners, it’s almost like a homing beacon. Inderjit recounts another girl from Leeds hearing her and doubling back to have a chat at a work event. 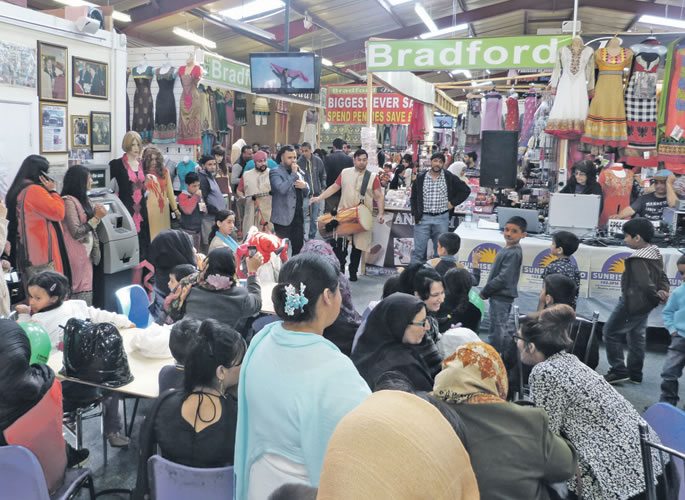 But it’s not just accents that are divisive.

Economically, the divide can be seen to be even bigger. It’s no secret that London and the South East of the country are some of the richest and expensive areas to live and work in the UK.

Salaries are certainly higher and more appealing, which is a definite incentive to move south. But with this comes a much higher cost of living.

Average house pricing for a 3-bed semi in Carlisle is £92k, as opposed to a 2-bed flat in North West London costing a staggering £430k.

In the 1980s, the north-south divide certainly grew further in terms of economics, types of work and standards of living.

Ranjit, aged 58, who was born and raised in the West Midlands, moved to the north in the early 80s on a temporary basis to find work, to support his wife and new child.

Speaking to Ranjit, he reveals that this was quite a common trend amongst some of the older Desi’s, to move north in order to find employment. Especially, in the hard labour markets such as the steel or textile industry. 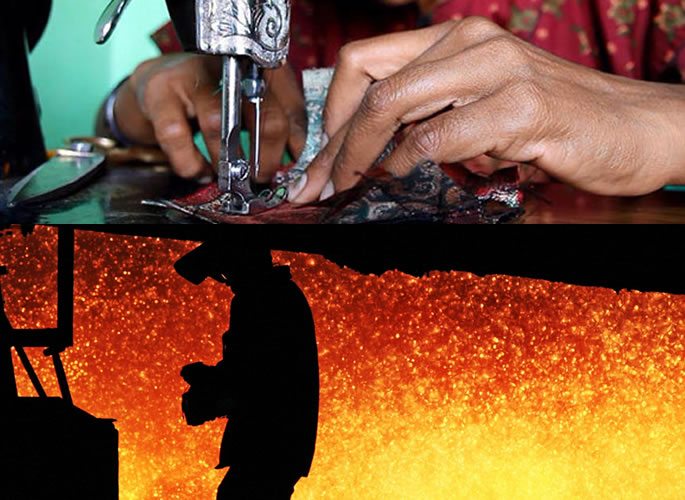 He says: “Life up north was harder, the strikes and what happened under the ‘Thatcher’ regime made it much tougher on those up north with a profound effect on the area.”

Ranjit ended up working in the textile industry, as did his wife.

90% of the workers in the area were Asian women, mostly seamstresses, who spoke hardly any English and worked 8-10 hours a day on minimum wage to help support their families.

Dolly, 56, was a seamstress for 22 years. She’s a no-nonsense type of woman, whether this is the Punjabi or Yorkshire in her it’s hard to tell. The traits are scarily similar.

With a strong work ethic, she developed the skills to meet the demand no matter what. Everything she knows about anyone who is non-Desi comes from her experience working in the textile factory.

It was hard and competitive and her experiences opened her eyes to types of racism and prejudice that existed in the early 80s.

Dolly says: “It was hard work, but it put food on the table”.

“Even if it meant focusing more on work than attending a parents evening, I was working hard so that my kids could be educated and lead a better life.”

Today, the movement still exists but seems to go the other way in the north-south divide. More northerners are moving south in search of a better way of life or at least better job prospects.

Arranged marriages also have contributed to an understanding and appreciation of the north-south divide. Especially, for British Asian women, who leave their parental home to join the husband’s family. 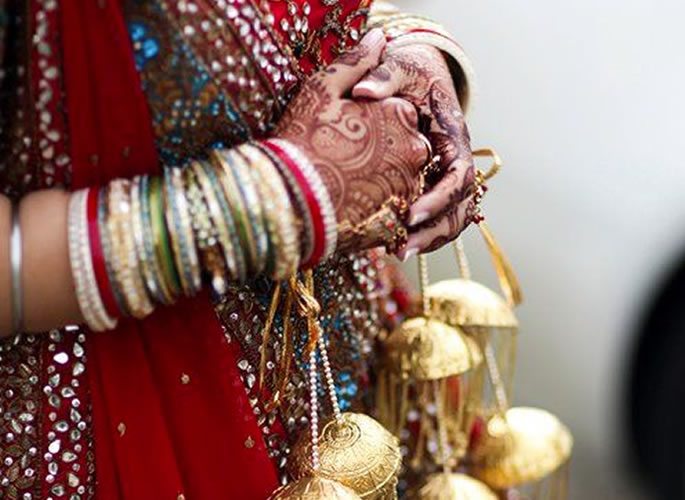 Rupi, who moved from Lincolnshire to London when she married, notes how her own lifestyle has changed.

“My lifestyle is much faster! My diet changed in that I’ve found I eat less roti! I definitely eat out more, there’s more choice.”

“It doesn’t stop me bringing care packages home with me, though, when I visit my parents up north. Probably the only time I’ll make roti for me and my husband”

She admits that her lifestyle before London and growing up in the north was more traditional compared to those who live down south.

“I was raised in a house where you weren’t allowed to be friends with boys or wear makeup before marriage.”

Even before marriage, agreeing on potential rishtas, or seeking a partner in the north or south can have a huge impact.

For some down south, the distance between the north and them is insurmountable. Never mind the fact that as 3rd or 4th generation Brits we’re only crossing counties not countries to meet, unlike our ancestors.

Mandy from Lincolnshire states her location on her online dating profile was an issue. It actually made a difference to whether guys would express an interest in you or not.

“I noticed that even pretending to move just 30 miles down the road made a huge difference in the number of prospects suddenly paying attention to me.”

It could be perceived that those in the north are seen as more traditional in their outlook on life, which subconsciously affects a person’s decisions on how far north or south they look for an ideal partner.

Differences in British Asians lifestyle is often resonated in the north-south divide.

Sandy who is originally from the north and moved further south says:

“Northerners are quite straight forward and honest. Those in the south seem to care more about maintaining an image.” 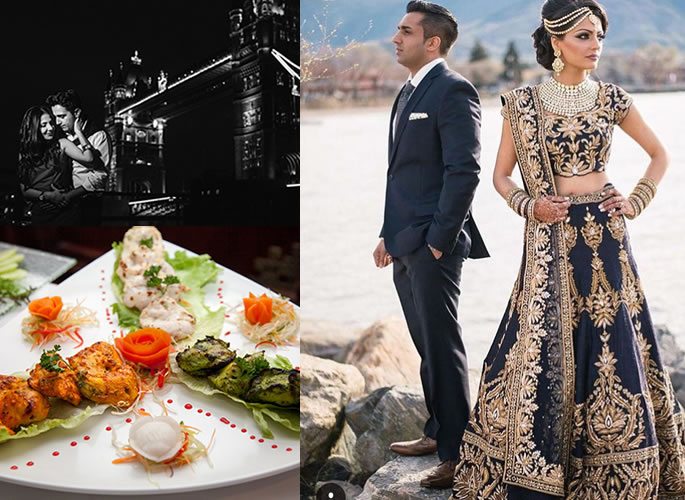 Amar from London admits that those in the south are more liberal in their thinking and outlook on life and says:

“We’re more forward thinking in London because of the type of culture and environment we’re exposed too and a mix of people we mingle with out in the street and at work.”

But could the divide be bigger than just regional north-south divide?

Rupi admits that even living in London for the last three years she feels like an outsider within the Asian community.

Speaking to a variety of Asians across the country this seems to be a common theme. It’s no secret that Asians can be quite inclusive and it is something that seems to divides many.

So, does the sense of not belonging to a bigger Asian community make those who live outside of this norm much harder to accept?  Or is it that we have to now agree that we do have differences in Asians which are more British related, such as an accent?

Mani is a Business Studies Graduate. Loves to read, travel, binge on Netflix and lives in her joggers. Her motto is: ‘live for today what bothers you now won’t matter in a year’.
British Asian Students doing well in studies but not Employability
The ‘Achievement Pressure’ on British Asian Students