How a Bad Rishta can Affect your Life

Not all marriages end in happily ever after, even for Desi couples. DESIblitz explores how a bad rishta can affect your life and livelihood.

“You won’t always get these kind of rishtas. Soon there will be none at all.”

It’s a Saturday evening, and just after a rishta has left their home, Samra, a South Asian mother is talking to her unmarried daughter, Anila:

“I liked him, so does your father. He is tall. He has a degree and a good job. His mother is very nice, and they want it to happen as soon as possible.

“You won’t always get these kind of rishtas. Soon there will be none at all.”

Later, Anila confides with her friends over dinner and drinks: “I’ve been dodging rishtas for the past 6 years. Now I don’t know what to do.”

A career-minded independent woman, Anila is faced with the real possibility of being coerced into a bad rishta, and marry someone she doesn’t want to. Only a few of her friends, however, are sympathetic:

24-year-old Nadia, who is newly married, says: “Your parents only want the best for you. You should trust their judgement. They won’t pick just anyone. You never know, maybe he’s the one!”

Jaspreet agrees: “Yeah, come on, you’ll eventually have to say yes to someone one day – you can’t spend the rest of your life all alone.”

But Sarah, a divorced woman, disagrees: “Don’t do anything you don’t want to. It’s fine to meet people, but at the end of the day, it’s up to you. Don’t feel like you have to say yes to keep everyone else happy.”

As the conversation dies down, Anila is none the wiser. Should she say yes to someone who is a stranger, and knows nothing about, just to keep her parents happy? Maybe her mother is right – maybe she won’t get another rishta like this again?

All young, successful British Asian men and women will face a similar predicament in their lifetime; the obligation to get married.

With divorce rates among South Asians on the rise, the fear of being pushed into a marriage that can take a turn for the worst is a big concern for many British Asians. DESIblitz looks at how a bad rishta can affect your life and livelihood.

The Necessity of Being Married 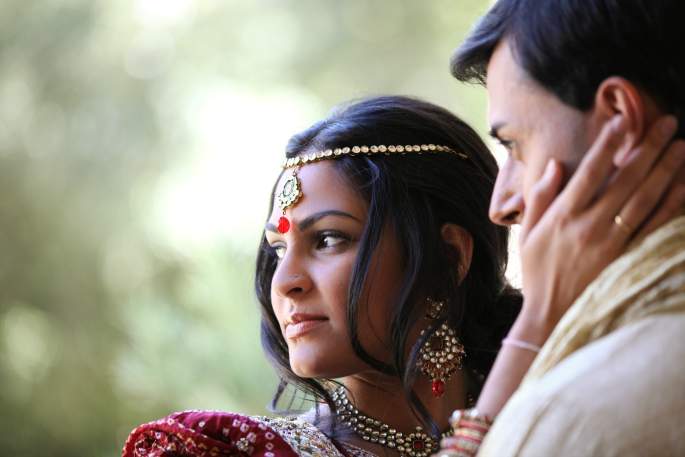 Bad rishtas in the South Asian community are actually a lot more commonplace than one might initially presume. One reason for this is the necessity of marriage and ‘being married’ in Desi culture.

Many young Asians have grown up attending endless family weddings. They have watched on the sideline as elder cousins and siblings have reached an ‘eligible’ age, and, after several conversations with strangers over cups of chai, are the centre of attention at a grand wedding and subsequently see their lives dramatically change.

Asian traditions have long dictated that Indian and Pakistani parents take the forefront of finding suitable marriage partners for their children.

Many South Asian parents consider it to be their single most important duty to see their children married off. Part of this is the fear of there being no one to take care of their sons, particularly daughters, once they have gone. Some also wish to see their family name continue on with grandchildren.

But another reason is that they feel culturally responsible to marry off their children to uphold their respect and dignity in the eyes of the community:

“They don’t want people taunting them all their life about the choice their kids made. In India, everything is about what others would say. It’s all about maintaining your social status till you die,” Dewanshi says.

Most Asians have experienced the pomp and glamour of big weddings to show off immense wealth, but these occasions also exude the pride that comes with having all your children married off. Essentially, this is the ultimate indication of success in the community.

But sometimes this comes at a price. Some parents can become so blinded by this sense of cultural duty that it can inhibit their judgement when finding a suitable marriage partner. Some will look for equal wealth, caste and status to themselves.

They will want a son-in-law or daughter-in-law that comes from a respectable family, is well-educated, secure, has a professional career, good genes, the list goes on.

In their anxiety to find a culturally acceptable mate, they can lose track of what is actually best for their child’s livelihood. Especially if their child is getting older than the ‘acceptable age of marriage’, i.e. 25 for women and 30 for men.

The Right Age for Marriage 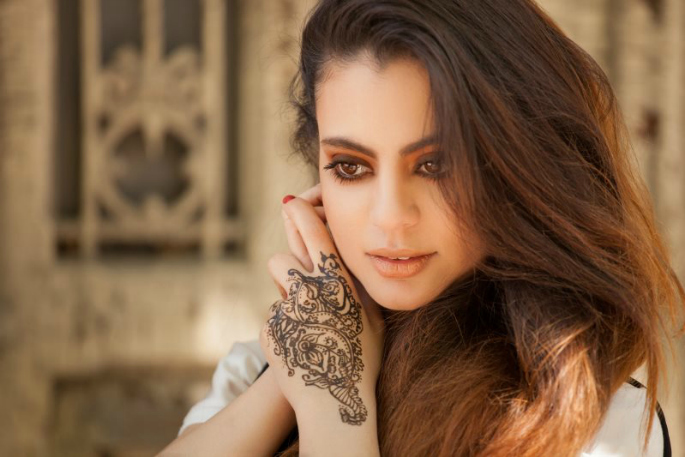 Many parents, depending on their own cultural views, will use whatever means necessary to marry off their son or daughter within a self-prescribed period. At the one extreme is forced marriage.

While these marriages are still prevalent among some orthodox members of the Asian community, they luckily form only a small percentage of those Asians in the UK that are getting married year on year.

More common is the tradition of arranged marriage. In the last decade or so, this has given way to a rise in love marriages, but for many South Asian families, the custom of introducing eligible sons and daughters to prospective suitors is still popular.

This method is preferred by many South Asian parents when they have decided that it is the right time for their children to marry. And many parents believe that only they are experienced and rational enough to choose the best for their sons and daughters. Indian-born Ajay says:

“Parents do think they are more competent in deciding what is best for their children though there are no logical, valid reasons for this.”

“I wish I had waited until later to get married. There was so much pressure to pick a wife and get married, that I made the wrong choice. I shouldn’t have let my parents talk me into it.”

It is no secret that child marriages across South Asia are so highly reported in western media. Parents try to avoid the worry of marrying off a child when they are too old and where rishtas may become scarce. 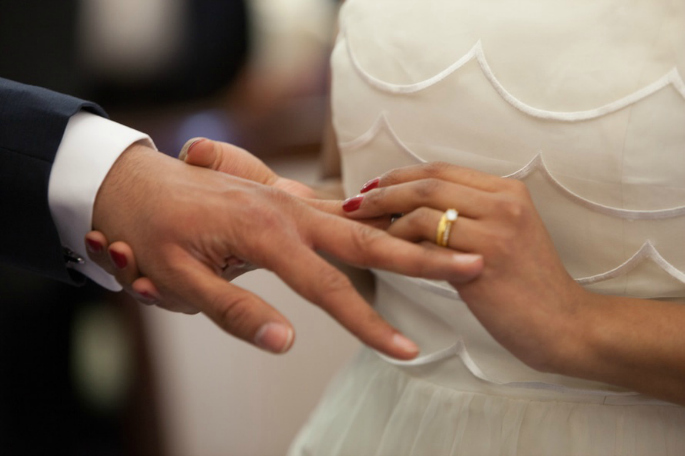 For those Asians that do find themselves in their late 20s or early 30s, the discomfort of having to choose a life partner at the urge of their parents is a very difficult reality to face.

Some may be pressured because they are the eldest in their family, with younger siblings to be mindful of, or they may even be the only sibling left unmarried. Marriage then is not solely a personal thing, in Asian culture, it is actually the opposite – with young men and women acutely aware of how a rishta refusal can shake family wellbeing.

35-year-old Raheel says: “I was 21 when I got married. My siblings are much older than me and they have kids of their own. I was told that I had to get married for the sake of my nieces and nephews – so that they wouldn’t be questioned by rishtas about why their uncle was unmarried.”

Daughters will face this same kind of pressure but two-fold. Suraj says: “If the daughter does not get married while she is in the prime of her youth, she is likely to remain unmarried forever. This fear makes them a little impatient and they try to persuade her.”

Pressures of a Bad Marriage

Should parents really go to such extreme lengths as to encourage their child to marry someone just because they feel obligated to? And what are the consequences of going into a bad marriage?

34-year-old Kiran shares her story: “When I was 23, I was emotionally blackmailed. I succumbed to the pressure, got engaged to a rich handsome guy. My engagement broke, after which my parents decided to hush me in [another] marriage. The marriage couldn’t work for more than a month. 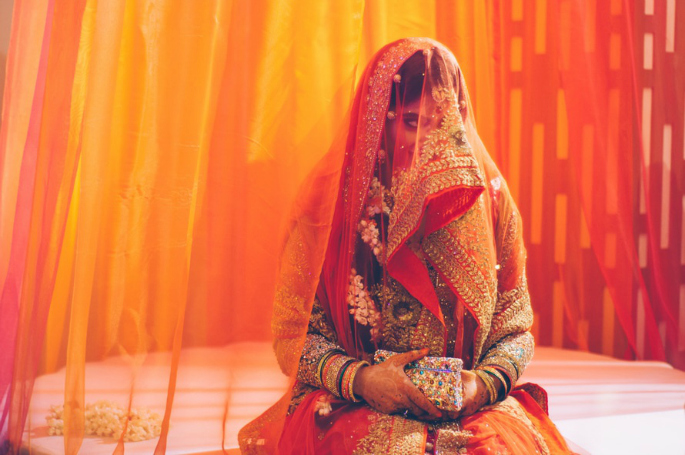 “It’s been 10 years now, I don’t want to be called ‘twice divorced’ as my parents forced me to live their life and do what they wanted me to do.”

25-year-old Haseeb says: “My parents convinced my older brother to have an arranged marriage with a girl from back home [Pakistan]. They have nothing in common with each other – they barely talk. He wanted out.

“But then my mum told him to have a kid and that would make it better. They did, and now they have their son to talk about, but you can see how unhappy they both are.”

Is it fair on parents to induce their children into marriages they are not comfortable with? Jas says: “I feel sorry for any person who has to deal with it.

“Arranged marriages, on the whole, is not a to be abhorred concept. Almost all parents of every Indian I know and am friends with have had arranged marriages, including mine. And almost all are happy, especially mine. The adoration, respect and worry that I see in my parents’ eyes for each other, is something that I hope for every couple.

“But to force someone to marry a stranger, when she doesn’t want to, is horrible. I wouldn’t say that these parents have bad intentions, but yes, they are orthodox and very limited in their view of society and world.”

Bad rishtas are a progressing trend in Asian society. Those Asians who feel compelled to marry out of their parent’s happiness at the expense of their own can see their lives drastically change, and many can be psychologically and mentally affected by it.

Many new generation Asians are also beginning to question the necessity of marriage completely. Some are more fixated on their own personal security, whether that be career progression, or just an inclination to enjoy the perks of single life.

For these individuals, how can they, after being educated, brought up to live free and independently, now expect to be caged back up into a marriage that may not actually work out? Why is an unhappy marriage better than no marriage at all?

But for older generations of Asians, marriage is the cornerstone of Desi culture. Will this cultural necessity ever wane?

Aisha is an editor and a creative writer. Her passions include music, theatre, art and reading. Her motto is “Life is too short, so eat dessert first!”
Should Sex Education be Based on Culture?
Is Dowry Still a Requirement for Desi Marriages?