Is Dowry Still a Requirement for Desi Marriages?

Dowry is an inherent part of South Asian culture even to this day. DESIblitz explores whether dowry is still a requirement for Desi marriages.

In recent times, dowry has become an abhorred concept among newer generations of Asian families.

Prominent in India and Pakistan, dowry refers to the payment of wealth given by the bride’s family to the groom’s family along with the bride.

The payments can be anything of value: cash, jewellery, electrical appliances, furniture, bedding, crockery, utensils and even other household items.

While much of this wealth is given to the newlyweds as gifts to help set up their family home together, there has been a significant trend of a bride’s in-laws harvesting this wealth for themselves.

In many cases, the amount of wealth given to the groom and his family varies according to their status. Essentially a groom’s family can demand any kind of payment they wish, from gold to cars to property.

“In some communities, it is mandatory for bride’s Father to arrange and buy at least an apartment for the couple.

“Compare to that, asking for TV, fridge, car, bike, jewellery is nothing. And, I also know about someone getting a diamond set (locket, earrings, ring, bangles) worth around 10 million pkr. And not to mention expensive dinner sets, suits, complete bedroom set (bed, dressing table, sofa set) is so common that people don’t even consider it as dowry.”

Some cases of dowry unearth how much a bride’s family have suffered financial burden at the hands of the groom’s family.

But many horrific cases related to dowry also reveal how some women have been subject to cruelty, abuse and even death. In one horrific case, a 26-year-old woman was killed by her in laws in Assam. Her husband and her brother in law choked her to death. 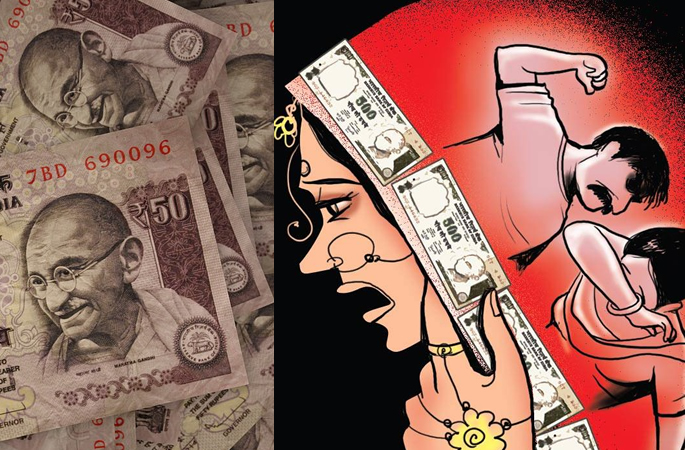 ‘Dowry deaths’ are not an infrequent occurrence. Young women who have been married face severe violence and mental abuse at the hands of their in laws in an attempt to exhort bigger sums of dowry money even after the marriage has taken place.

India finally outlawed the practice of dowry in 1961 under the Dowry Prohibition Act and later by Sections 304B and 498A of the Indian Penal Code. The law saw that any party found committing dowry offences could face a minimum of five years in prison and Rs. 15,000 or the full value of the dowry, if that be higher.

In comparison, dowry or ‘jahez’ makes up the cultural makeup of Pakistan. In 2008, the Dowry and Marriage Gifts (Restrictions) Bill limited dowry to Rs. 30,000, while the total value of bridal gifts was limited to Rs. 50,000. The dowry must be publicly displayed during the wedding, and only demands for dowry from the groom’s side is actually illegal.

Despite such laws and prohibitions being in place, dowry still continues to exist in India illegally, and many have criticised the state and government for not enforcing anti-dowry laws, and in particular preventing dowry deaths.

In the UK, police face the same trouble and have to deal with hundreds of cases each year. Charities such as the Sharan Project, the Sahil Project and Karma Nirvana report an increasing number of desperate calls from women who are either hospitalised or suicidal.

Community worker, Sandip Kaur, says: “One woman was burnt with cigarettes every time her parents failed to meet dowry demands.

“Her husband wanted money to pay his mortgage; that’s why he married her. When the demands couldn’t be met he doused her in petrol, lit a match and threatened to set the house alight.”

“Part of the reason people get away with it is because it’s so secret, and public bodies don’t know what the word ‘dowry’ means, let alone the abuse women endure because of it.” 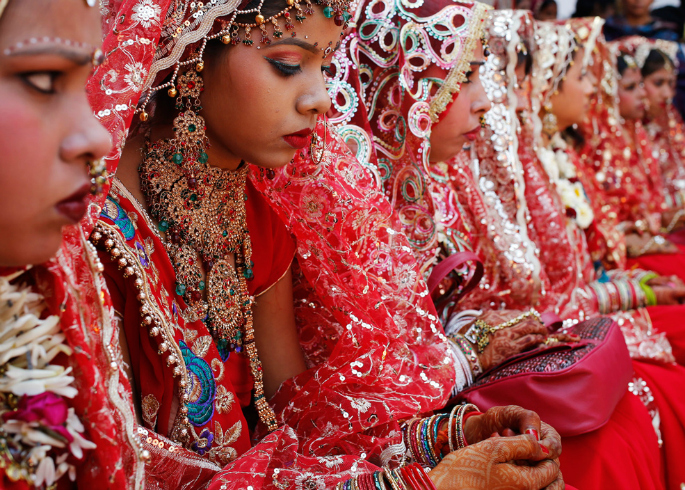 So, why is dowry still so prevalent in Asian society? Much of the problem lies in how much the dowry system has been entrenched within Asian culture.

Dowry originated from olden traditions, where daughters were not entitled to inheritance under Hindu Law. The only source of wealth for a bride came from a dowry at her time of marriage. This gift was given to the bride to keep for herself.

However, some uneducated women gave this wealth to their husbands and in-laws for ‘safe keeping’. It was from here where it eventually turned into a practice that was demanded from the groom’s family.

Raheel says: “In earlier times, the only property or money that a woman would inherit from her parents would be at the time of marriage. After that, she did not have any right to any of her parents’ money.”

Shivani says: “The whole problem of the Indian society is the poor mindset of the people in India wherein they believe that women has an inferior role to play. She is a liability to be carried and hence we have to compensate for that by giving money or gifts to the person who carries this liability.

“Even the boys of the house are born and brought up with an idea of seeing their mother washing clothes, cooking food, washing utensils, and indulging in household chores. It makes them believe that this is the real work of a woman and she is just a homemaker. A liability to be protected, saved and a responsibility of a man before marriage of father and after marriage of husband.”

The cultural implications of dowry mean that parents of the bride feel obligated to fulfil all the wishes and desires of the in-laws.

Ranveer says: “Making life miserable for the girl for apparently less dowry is very common. In fact, in some cases, they would continue to ask even after 5 years of wedding. And being a father of daughter, they can’t deny. Sometimes, in laws consider bride’s parents as bank, from where they can get interest free loan with easiest instalments or maybe no instalment at all.

“In most cases, girl’s parent feels trapped under foot of bride side. Because, the girl’s parents feels threatened about what if she get divorced and we are no more alive to take care of her … who will do it? But they don’t realise that they can by educating the girl. 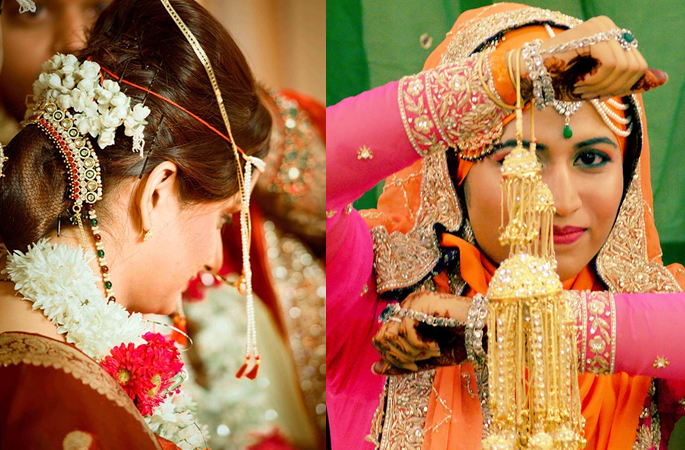 “And, this is the most important reason for lack of girl higher education in our society. Parents thinks that it is better to save for Dowry rather paying for higher education with no return of investment, as she would be married off one day.”

In another case in Bihar, a 25-year-old woman was locked in a toilet for three years, as her in-laws tried to get more dowry money.

Harpreet adds: “Even though women are becoming educated and in gainful employment, a vast majority of parents in India live in fear of the stigma of having an unmarried daughter especially as her age crosses the ‘marriageable’ age band of 24-26.

In Britain while the problem still exists, the issue lies in the lack of understanding of what dowry is among the authorities.

Hardial Kaur, founder of the Sahil Project, says: “Over the years, I have seen women hospitalised with severe mental health issues because of this. I remember one woman who went to the police and they thought she was just a mad woman talking about money. They have no idea what’s happening.

“I can recall more than one case where a woman was put through electric shock therapy because no one knew what was wrong with her – it was the pressure of dowry.”

Kamal says: “Dowry, in its current form, is an obnoxious practice. I see its condemnation by everyone.”

While dowry is a cultural tradition that is not as commonplace as it used to, it is hope that among newer generations of Asians in India, Pakistan and the UK, the practice of dowry will die out for good.