The fifth week of Bigg Boss 9 is packed with fireworks and not just because it’s Diwali. Housemates get real aggressive, but whose side is Salman Khan on?

If fans think Diwali celebrations unite the house, they are hugely mistaken.

What a week it has been on Bigg Boss 9, perhaps one of the most explosive yet!

It starts off quietly with Puneet, Rochelle, Rimi, Kishwar, Aman and Digangana up for the usual weekly nominations.

At breakfast, there is some playful teasing aimed at Digangana for allegedly being romantically interested in Rishabh.

Now that’s an unlikely fairytale, especially since the pair’s fallout on a TV set outside the house made headlines in India before. 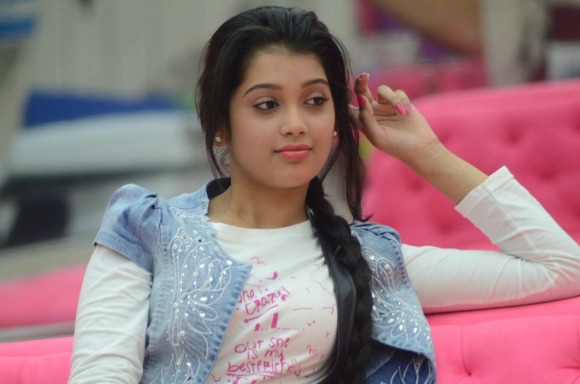 Things quickly turn nasty once the ‘Highway’ task  is under way. Contestants split into two teams and each is expected to sit on a rickshaw and peddle it.

The opposing team needs to do whatever it takes to remove them from the rickshaw.

Mandana and Rochelle’s team waste no time in aggravating their opponents with chilli powder, garbage and cold water.

Then, the fiery model decides to wear Kishwer’s clothes.

This sets the battle ground as there is now an ugly war between these two, with Prince and Suyyash firmly backing Kishwer. 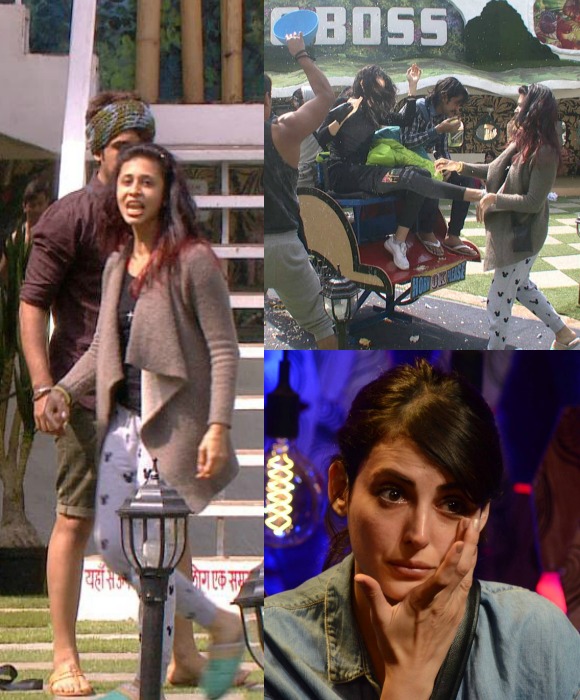 The roles reverse in the task and Kishwer attempts to pour cold water on her enemy. What’s the reaction?

A kick in the stomach! Mandana argues it is self defence, but the victim is fuming.

Taking on Bigg Boss, she demands action and refuses to take part. Mandana is put up for eviction next week.

Kishwer may think she now has the upper hand, but Salman has a lot to say, and his words will not be sugar coated.

If fans think Diwali celebrations unite the house, they are hugely mistaken. 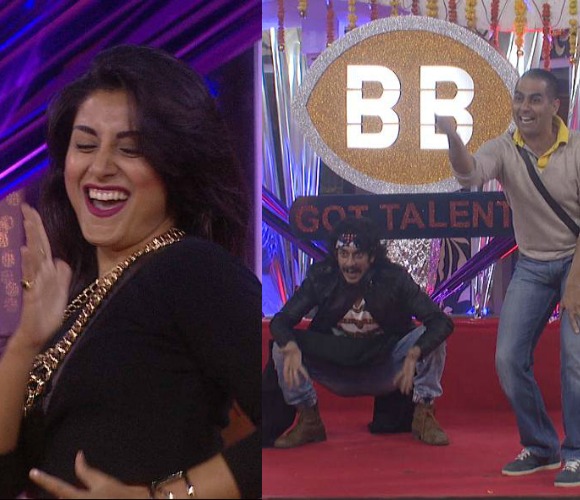 Despite being set with a challenge to provide festive entertainment through song and dance, they fall out over song choices.

Another surprise this week comes from the usually lazy and boring Rimi. The housemates cheer with excitement as she struts her dance moves on stage.

Maybe it’s Salman’s telling off last week that finally shakes up this beauty to either get involved or risk being evicted.

The next day, captain Rishabh locks horns with Mandana while asking her to clean. She goes on to say that work isn’t being divided fairly and later protests by removing her microphone. 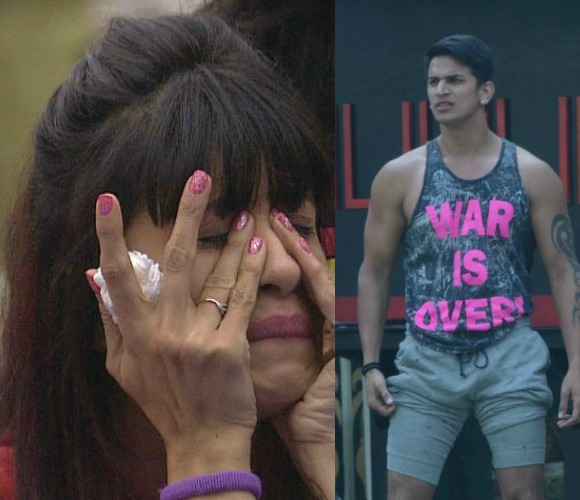 Salman Khan is fired up about the riskshaw task and is not in a forgiving mood when it comes to the Prince, Suyyash and Kishwer trio.

“You are looking like two spoilt bullies,” he tells the boys and accuses Kishwer of being disrespectful to Bigg Boss.

Well, his scolding seems like it has riled both Prince and Kishwer, who offer to leave the show.

In the other corner, Mandana and Rochelle defend each other and allege inappropriate contact and aggression from Prince during the task.

“Mandana has loads of popularity because she is funny and speaks Hindi in her own way.”

The charismatic winner of Season 8, Gautam Gulati, graces the house on Sunday. Whilst the housemates are in freeze mode, he gives each of them a piece of his mind.

“Play from your heart,” he warns Prince and tells Aman he is playing well. 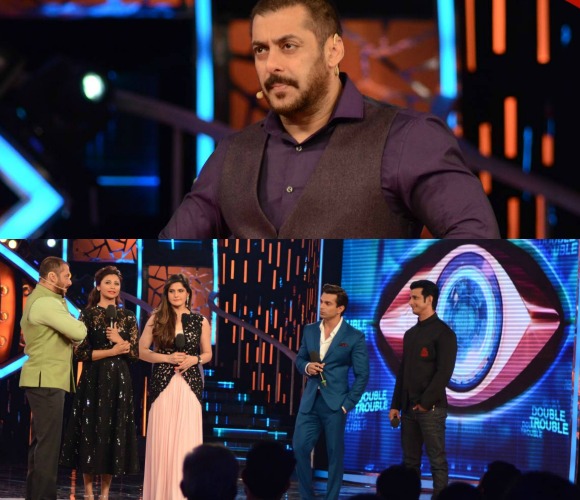 Finally, so much for being the ‘wild’ card entry as Puneet is booted out of the house, and not many are sad to see him go, including Salman.

After this week’s heated words, Prince and Kishwer take a roasting, so let’s see if they change their ways or simply dig themselves into an even deeper hole.

7 Pakistani Actresses we Love and Adore
Priyanka Chopra is innocent in Quantico?