DESIblitz presents the Indian fashion models who are currently setting trends and turning heads in the circuit.

Indian models are a force to be reckoned with.

With each year comes a new set of Indian fashion models who are turning heads both on and off the catwalk.

Bollywood stars are no longer the be-all and end-all of fame in India.

As consumers, we are starting to pay more attention to those who drive the fashion industry.

Being quite literally the face of fashion, we look to models for inspiration and the latest trends.

They continue to inspire millions of people across the world.

We are invested in their outfits both on the runway and off as street style is heavily influenced by models and their off-duty looks.

The fashion industry is booming thanks to models who are playing a key role in introducing the world to Indian fashion designers.

As the fashion industry in India continues to grow and compete with other nations, those modelling the clothes are gaining traction.

From established models to runway newcomers, Indian models are a force to be reckoned with.

The Indian modelling industry is unique and it is refreshing to see international publications showcase unconventional Indian faces.

Alongside fashion shows and across digital media, these seven Indian fashion models are the ones to watch. 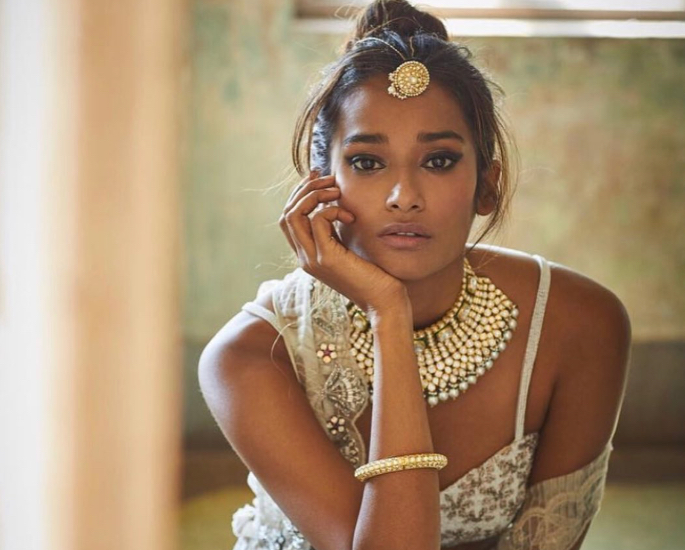 She has appeared in many fashion campaigns for The Gap and Forever21 and has been featured in magazines such as Italian Vogue and GQ.

A previous recipient of Vogue India’s ‘Model of the Year’ award, Nidhi is currently one of L’Oreal’s global ambassadors.

She has appeared in many national and international magazines such as Maxim, Vogue and Elle, as a print model.

Nidhi is widely recognised as one of India’s most influential young celebrities.

Her career does not stop at modelling.

Nidhi started her career as an actress in Bollywood with the drama film Gangoobai. In 2015, she appeared in her second film Kaash.

The fashion model captured the attention of many after making an appearance in rapper Yo Yo Honey Singh’s music video for ‘MAKHNA’. 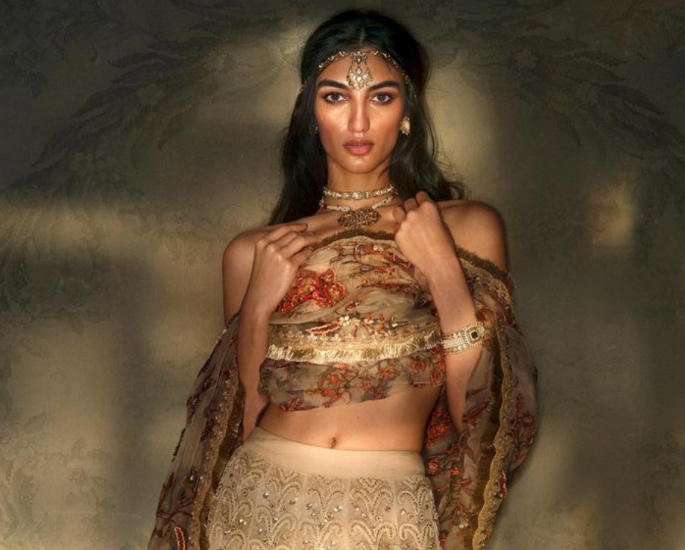 Avanti Nagrath is a fresh face in the fashion industry.

Avanti began her modelling career when she was a teenager.

She was immediately noticed as someone who would make a mark in the Indian fashion industry.

Soon enough, she was signed by IMG Models Europe.

The young fashion model has walked the ramp at Lakme Fashion Week for designer Tarun Tahiliani.

She has also worked with several big names in the modelling industry in India including Christian Louboutin X Sabyasachi, Biba India and Manish Malhotra.

Avanti has also worked with Valentino, Dolce & Gabbana and Gucci among other high fashion brands.

Avanti is known to regularly post on Instagram which has undoubtedly helped to progress her career as a model.

The model has achieved a great deal at a young age and continues to captivate netizens on social media. 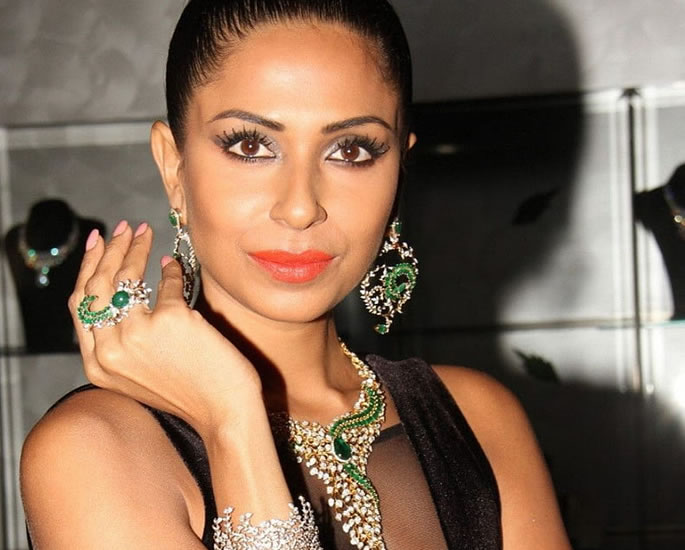 Candice Pinto is an established Indian fashion model who has appeared on many magazine covers.

The fashion model is a regular walker at fashion events such as Lakme Fashion Week and India Fashion Week.

The supermodel was named Miss Tourism International in 2002.

Since then, Candice has won many fashion awards including Legendary Role Model by the Indian Fashion Awards in 2020.

Candice has also worked with Givenchy, Topshop and Elie Saab.

Now a veteran on the runway, Candice shot to fame at the age of 19 after winning her first fashion pageant.

After that, the model went on to represent India at international contests. 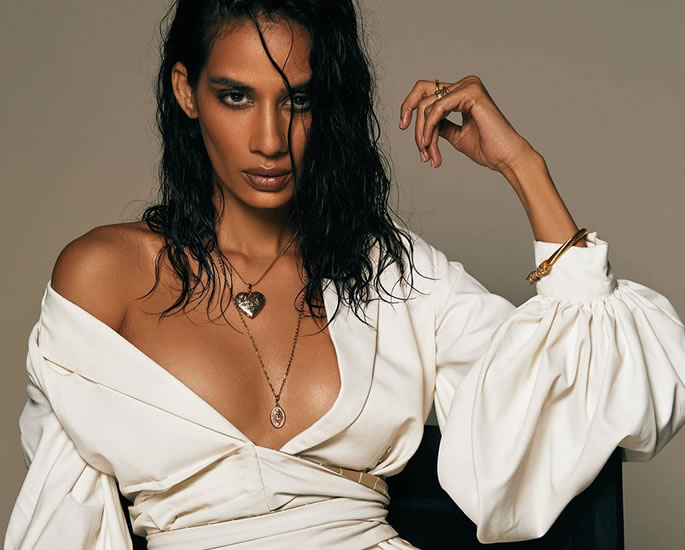 Sony Kaur is an Indian fashion model whose striking features and impactful body language have earned her multiple campaigns and shows.

She has appeared on many high-profile catwalks for brands including Balenciaga, Anna Sui, Chloe, Paul Smith, Miu Miu and Lacoste.

Born and raised in Hyderabad, Sony has also worked for commercial ad films.

The fashion model has appeared in campaigns for a variety of Indian fashion brands including Asian bridalwear brand Sabyasachi.

She has worked for numerous large publications including Teen and British Vogue and worked for the likes of Vera Wang and Fendi. 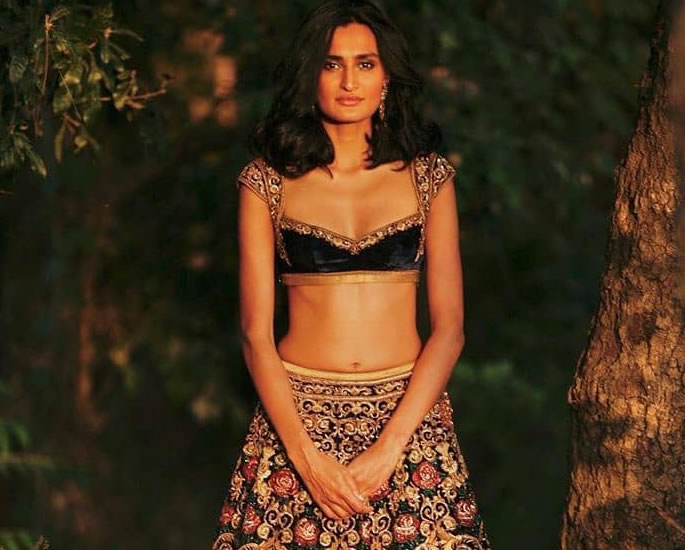 Indian fashion model Rachel Bayros is no stranger to the catwalk as she has walked for a variety of designers.

Rachel has scorched the runway and worked with Indian designers such as Tarun Tahiliani.

She has also walked for Wills Lifestyle India Fashion Week.

The fashion model has been seen in many high fashion magazines including Harpers Bazaar, GQ, Vogue and Femina India.

Rachel has also worked for makeup brands including MAC Cosmetics and Dior Beauty.

When the fashion model is not walking the runway, she is often seen sharing aspects of her day-to-day life on her Instagram stories.

The fashion model is known to be a big music and dance fan and loves to travel. 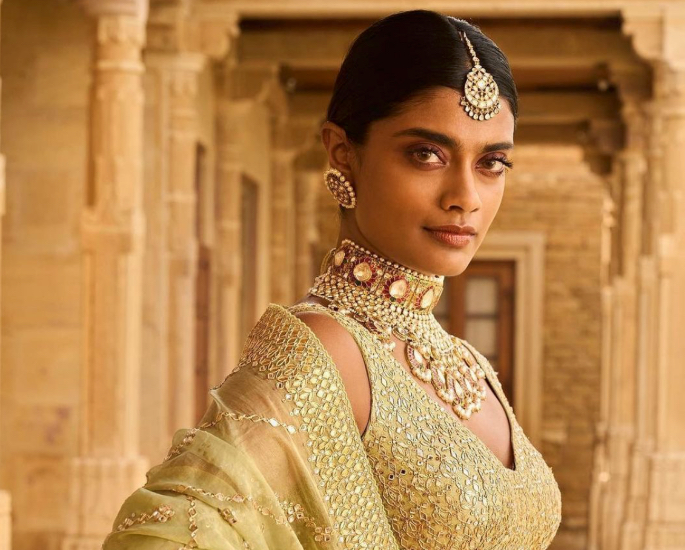 Born and raised in Bengaluru, Karnataka, Archana Akil Kumar is one of the most famous Indian fashion models.

The high fashion supermodel splits her time between India and New York and has over 75,000 followers on Instagram.

Recognised for her appearance in Sabyasachi ad campaigns, the fashion model has striking features.

She has appeared in several major fashion publications including Vogue India.

Her perfect frame made her a top pick for runway shows, designer campaigns and magazine editorials.

A favourite amongst Indian fashion designers, Arcana has been seen in campaigns for AMPM, Shivan and Narresh amongst many others.

Archana is a seasoned fashion model who has worked in everything from runway to editorials and campaigns to lookbooks.

She began her modelling career in 2008 after an assignment for a jewellery show.

The fashion model got engaged in Portugal in 2018 to New York-based Miguel Carlos. 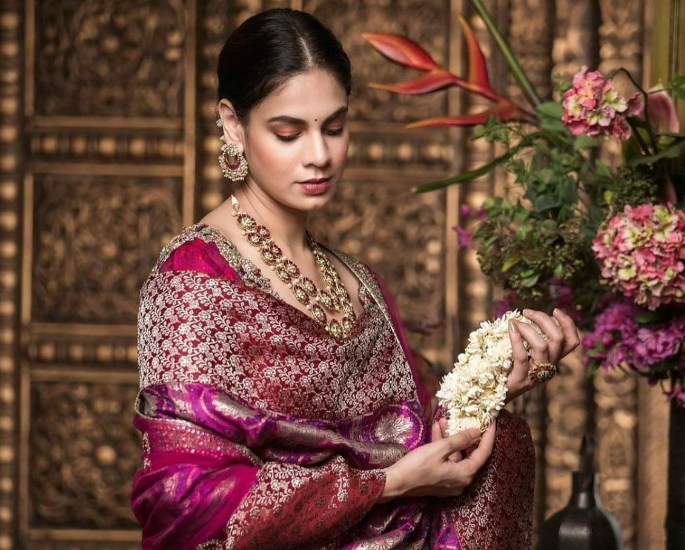 The Lucknow-based fashion model often posts fitness videos and tips to inspire her 57,000 followers on Instagram.

Khushboo is an established fashion model who has walked in many runway shows including Lakme Fashion Week and for designer Amit Aggarwal.

Khushboo is a model who is known to regularly talk about ageism in the modelling industry.

“It’s true that actors and models looking a certain way influences people to achieve the same for themselves, but a lot of hard work goes behind ‘looking that certain way’.

“Today, technology and the make-up industry are growing so gloriously that age is not something to be perturbed about.”

“People can look any age they like with surgeries but the thing that matters is how actors encash themselves at the box office.

“In showbiz, actors and models have a shelf life.”

The modelling industry has been criticised heavily for its lack of diversity.

However, in recent years, more ethnicities have been seen both on the catwalk and in commercial advertising.

Thanks to publications such as Vogue India, many Indian fashion models have been able to work on a larger scale and work for Western designers as well as Eastern.

This has ultimately allowed people from all backgrounds to take advantage of the many opportunities in modelling.

Though there is still work to be done to create a more fair industry for all, these Indian fashion models are definitely paving the way for the next generation.

Ravinder is a Journalism BA graduate. She has a strong passion for all things fashion, beauty, and lifestyle. She also likes to watch films, read books and travel.
Jacqueline Fernandez is Mermaid for Halloween in Sheer Gown
Birthday Girl Khushi Kapoor looks Pretty in Pink