DESIblitz presents the Pakistani female models who are currently trending and working to strengthen the industry in the nation.

The Pakistani fashion sphere is diverse and ethnically beautiful.

The fashion industry in Pakistan is one of the largest in the world and without Pakistani female models, this would not be a reality.

Pakistani female models work side by side with designers in the fashion industry.

Therefore, fashion models are an essential part of the clothing industry.

DESIblitz presents the 20 top Pakistani female models who are working to set trends within the Pakistani fashion industry.

Mushk Kaleem is a relatively new model in the fashion industry.

She is an extremely talented Pakistani model who has worked with Mehak Yaqoob Couture, Elan and many other brands.

Mushk is famous for her ability to seamlessly embody both traditional and edgy, contemporary looks.

Mushk is also very business-savvy. In November 2021, she spoke about her career as a model.

“Today, models make a lot of money if they work hard and build strong professional ties.

“I’m proud to regularly be featured in some of Pakistan’s most high-profile campaigns, working with designers who put a lot of effort into the creative process and don’t resort to mediocrity.

“I have had to work hard in order to earn their respect.” 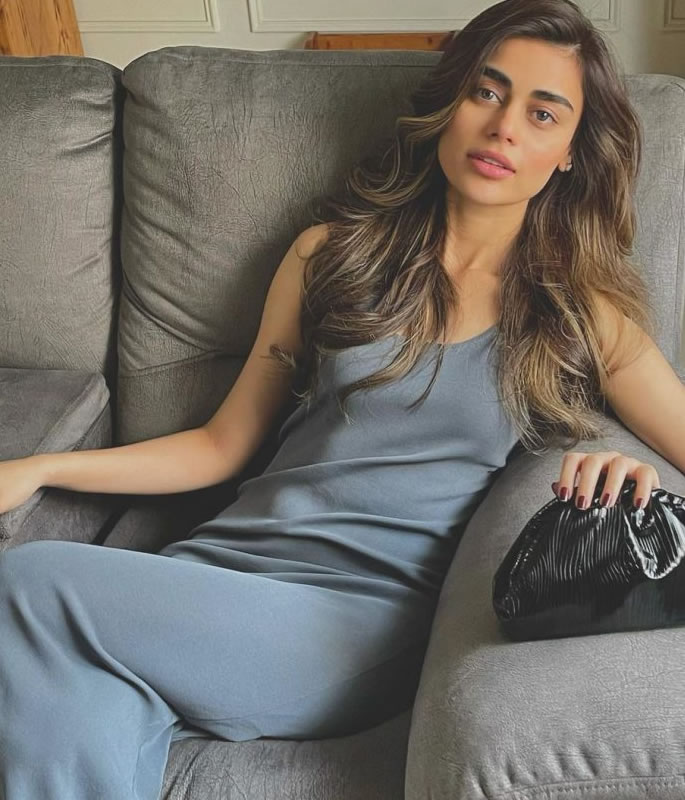 Sadaf Kanwal is one of the most popular Pakistani fashion models right now.

Sadaf Kanwal is a multi-talented personality. She is considered the representative of younger Pakistani fashion models in the industry.

With 1.2 million followers on Instagram, Sadaf promotes her work and displays her lavish lifestyle to her fans.

The granddaughter of legendary Pakistani actress Salma Mumtaz, Sadaf is also an actress.

In May 2020, Sadaf married actor and fashion model Shehroz Sabzwari.

Amna Babar is another top model from the Pakistani fashion industry.

Amna worked as a brand ambassador for the famous fashion brand Sana Safinaz for three years.

The model has won many awards including the Lux Style Award for Best Female Model in 2018.

Amna has been rumoured to be embarking on an acting career and has even been linked to Bollywood.

The model spoke about her acting career in 2016 where she explained:

“I am currently stressing on my modelling career and giving it my best shot.”

“I would certainly opt for a Pakistani film for my first project. Bollywood is too far-fetched. I would like to be recognised in Pakistan first.”

Kiran Malik is a Pakistani model and actress.

As a model, Kiran has worked for many leading fashion brands.

She is one of the few models who have made their mark in the fashion industry nationally and internationally.

Kiran has modelled for some of the biggest designers in Pakistan, including Kamiar Rokni’s collection at PFDC Sunsilk Fashion Week and HSY.

Kiran is well known for her classy and sophisticated style – both on and off the runway.

She made her acting debut with the Pakistani drama film Pinky Memsaab.

Fouzia Aman is a Pakistani supermodel who has appeared in several fashion shows and photoshoots.

The model has also graced the cover of many magazines including Paparazzi Magazine, Hello, Diva Magazine and MAG.

Fouzia has modelled many fashion labels.

Fouzia is well known for modelling a variety of streetwear brands.

Most people know Sabeeka Imam from her successful Urdu films, but she is also the top most popular Pakistani fashion model.

It was modelling, which started her career in the first place.

Though of Pakistani origin, Sabeeka was born in London.

Sabeeka made her acting debut in 2014 with the comedy-drama film Queen. She has since featured in many films, television dramas and music videos.

Her most commercially successful films were the Urdu action films Jalaibee and Sherdil.

Nooray Bhatti started her career as a fashion model in 2003.

In 2015, Nooray spoke about her debut as a fashion model. The model recalled:

“My older sister Sadaf Pervez was a well-known model and she knew many people in the fashion industry but back then I was busy with school and not really interested.”

Her photoshoot by Khawar Riaz kickstarted her career as she appeared on a magazine cover.

Nooray added: “There was no looking back from thereon. Still, it was never my dream to enter this industry, it just happened.”

In her modelling career, she has worked with top Pakistani fashion designers including Umar Sayeed, Nilofar Shahid, Deepak Perwani, Amir Adnan, Maria B, Fahad Hussain Rizwan Baig and many others.

The model has won many awards including the Hello Award for Best Female Model in 2013.

Zara Peerzada hails from a top arts and cultural family and has featured in many fashion festivals produced by her family.

The daughter of actor and director Salmaan Peerzada, Zara was discovered at the age of 18.

Zara is a top fashion model from Lahore and has featured in many campaigns for national and international fashion labels.

The model is also often seen on the covers of popular Pakistani magazines.

Zara has worked for a variety of brands including Gul Ahmed, Vaneeza Lawn, Khaadi, Luscious Cosmetics, Muse and Silk.

Aside from modelling, Zara is often seen sharing photos of her travels and charity work on her Instagram page.

A Pakistani model from Islamabad, Eman Suleman started her modelling career in 2017.

Since then the model has appeared in various fashion campaigns and advertisements.

The model is also known for her role as Yasmeen in the television drama mini-series Aakhri Station.

The model has been nominated for many awards including the Lux Style Award for Best Emerging Model in 2019.

As well as being a successful model, Eman is also a vocal feminist who has endorsed students’ rights and the #MeToo movement.

Nimra Jacob is a rising star and has established her modelling career through Instagram.

The model made her entry into the fashion sphere in early 2021.

Nimra has quickly become part of many major trademarks and fashion campaigns.

As a result of her deep skin tone and curly locks, Nimra stands out from a crowd of models who have light complexions and straight hair.

Nimra is rising in the standings, growing an audience of fans through her Instagram page. 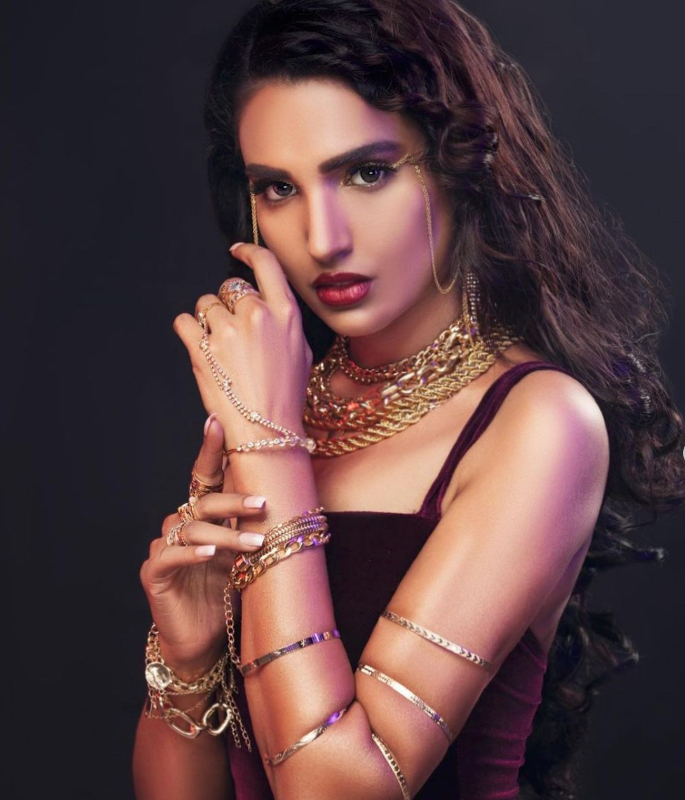 The younger sister of models Salma Ilyas and Uzma Ilyas, Amna is a successful Pakistani model, as well as a film and television actress.

Amna Ilyas started her modelling career at the age of seventeen.

The model has won many awards including the Lux Style Award for Best Dressed Female in 2013 and Best Female Model in 2015.

Aside from modelling, Amna is known for her leading roles in several films including Zinda Bhaag, Good Morning Karachi, Baaji and Ready Steady No.

Amna was praised in 2019 for her performance as Raziya in Ready Steady No for her playful expressions and stunts. 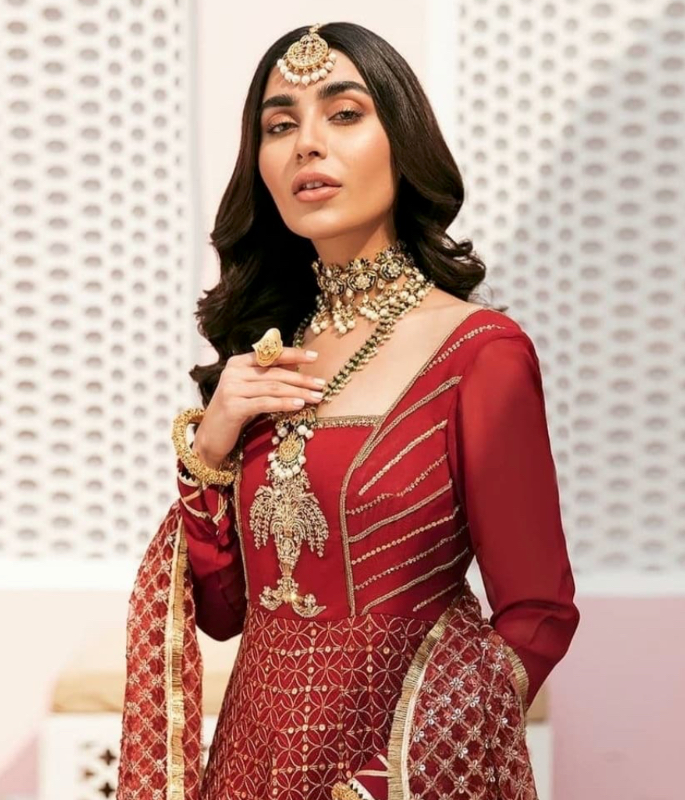 Sona Rafiq is an emerging model in Pakistan’s fashion industry.

She has worked with numerous clothing, cosmetic and styling brands and has become popular in a short period.

In 2019, Sona revealed how she accidentally became a model.

“Modelling was never a planned thing for me, it just happened by chance!”

“I was naturally inclined towards the camera and would always enjoy posing for a laugh.

“Later my friends started asking me to model for their brands which eventually led to more work and I just went with the flow.”

The model also owns an event management company with her husband Taha Memon. 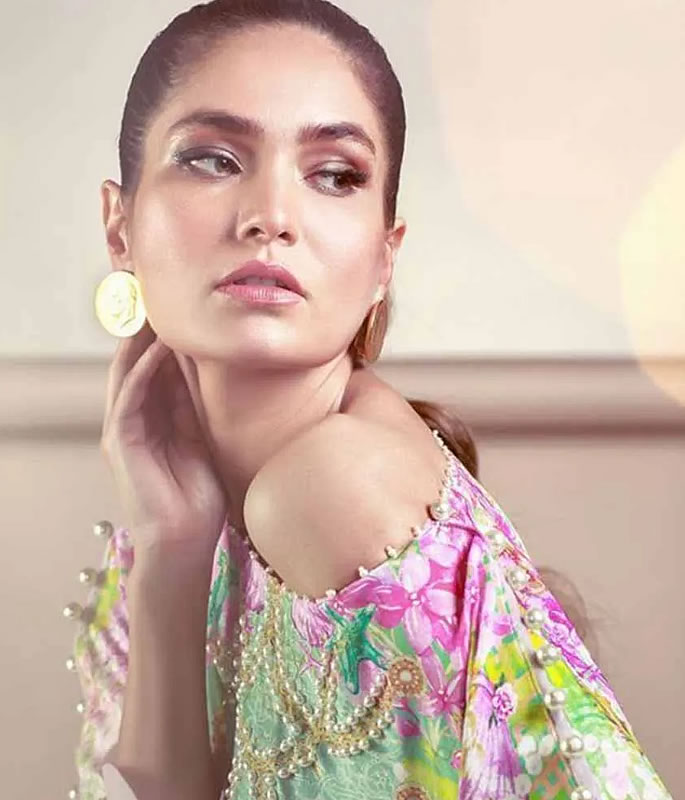 Fahmeen Ansari, also known as Fehm, is a top emerging model in the Pakistani fashion industry.

Fahmeen has featured in many top fashion campaigns such as Sana Safinaz, Nida Azwer, Shamaeel and Layla Chatoor.

In 2019, the model recalled the campaign that kickstarted her career.

Fahmeen said: “My breakthrough campaign was Sana Safinaz. And by the time it ended, I knew this is what I wanted to do.”

The model was initially discouraged from joining the fashion industry as her features, light skin and green eyes, were not sought after.

At the time, most top fashion brands were on the lookout for dusky and exotic-looking faces.

With encouragement from her father, Fahmeen persisted and has since established a successful modelling career. 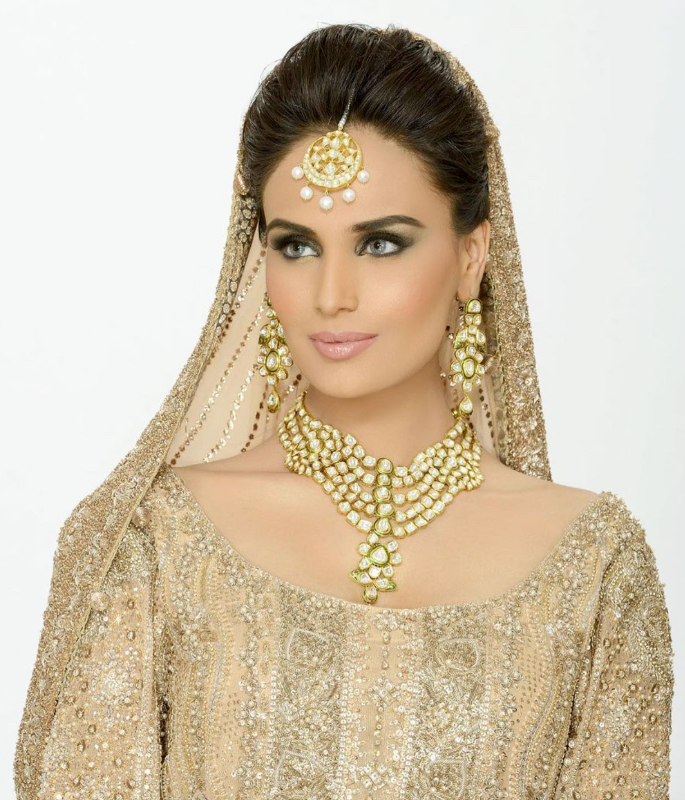 Mehreen Syed started her career in the fashion industry as a commercial model.

She has since appeared in top-level fashion shows and has also featured on the covers of magazines such as Vogue, Time and Marie Claire.

Mehreen Syed is the only Pakistani model who has appeared on the cover of renowned Middle Eastern fashion magazine Almara.

Mehreen Syed has also starred in many music videos and films. 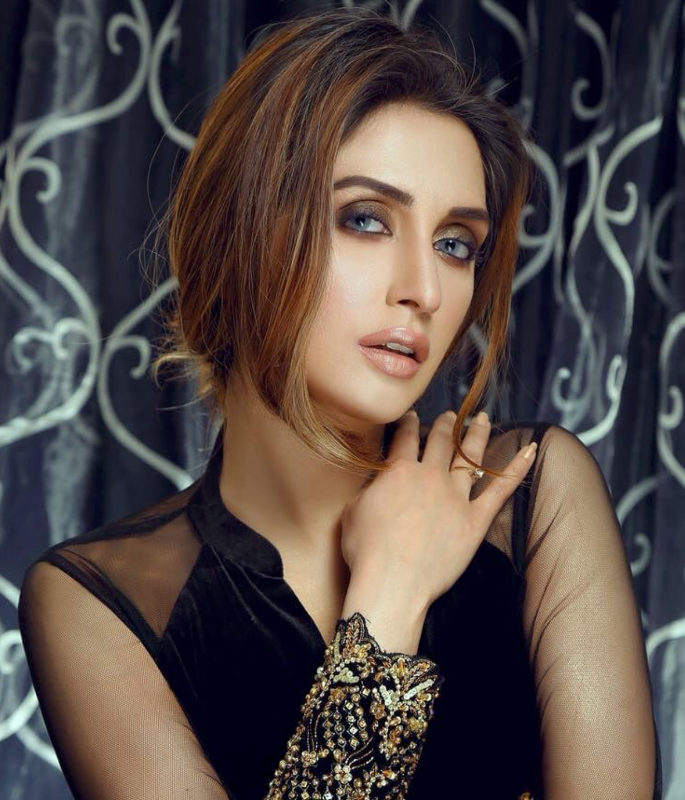 Pakistani model Iman Ali is one of the highest-paid models of Pakistan.

As well as her modelling career, Iman Ali has also embarked on acting and singing.

She has appeared in many Urdu films including Khuda Kay Liye, Bol, Mah e Mir and Tich Button. 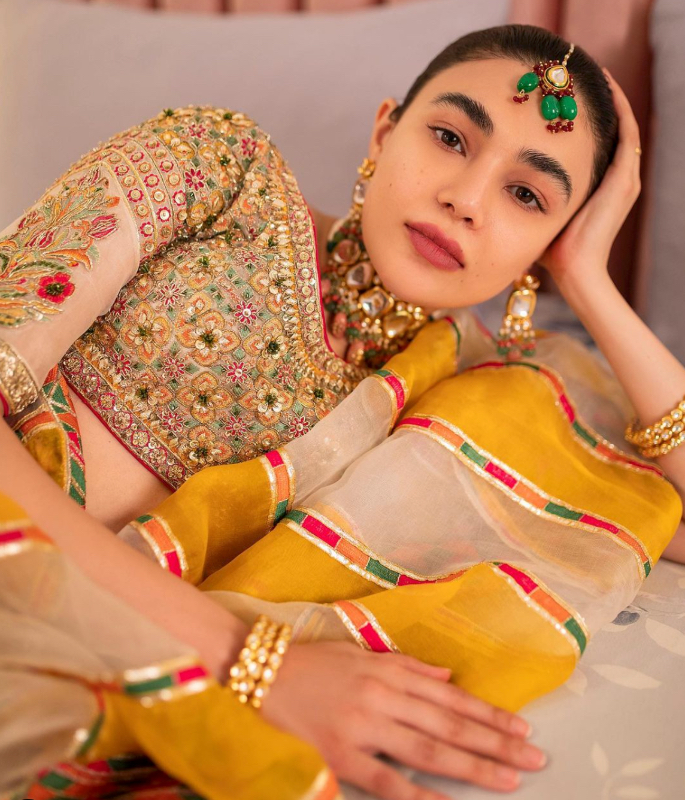 Saheefa started her career as a fashion model and has since appeared in several television commercials.

Saheefa is widely recognised for her trademark short hairstyle.

After she received the Lux Style Award for Best Emerging Talent, Saheefa made her acting debut with Teri Meri Kahani.

The model has starred in many television drama serials including Beti, Bhool, Choti Choti Batain and Log Kya Kahenge. 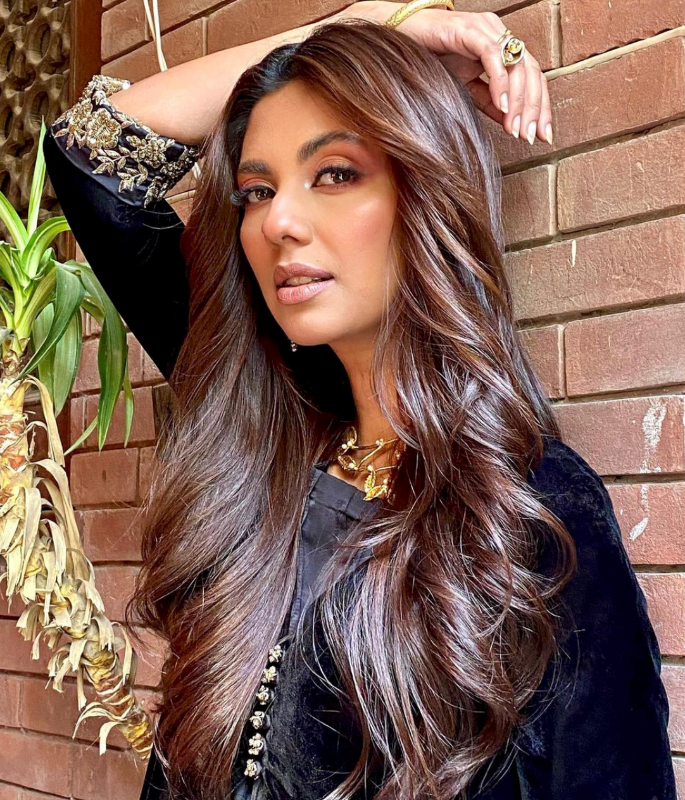 Sunita is a television actress as well as a fashion model.

“Models these days, for the sake of popularity, would pretty much cross the line of behaviour.”

“Girls should not be afraid to say no to such clothes they are not comfortable in.

“They are afraid that they would be taken off a project if they deny wearing what they have been told to.” 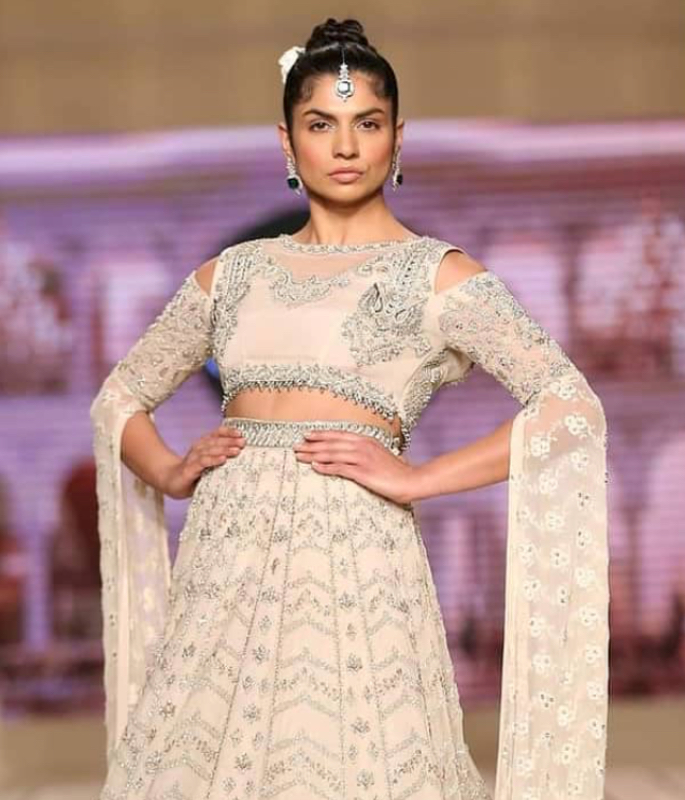 Hira Shah is another emerging talent within the Pakistani fashion industry.

The model has worked with many popular Pakistani fashion labels.

Hira has also participated in the Fashion Parade held at Saatchi Gallery London.

The fashion model has won many awards including the Lux Style Award for Best Emerging Talent in 2017.

A Swedish School of Textiles alumnus, Hira’s work has been published in magazines including Vogue Italia, Asiana Magazine, Khush Magazine and Defuse Magazine to name a few. 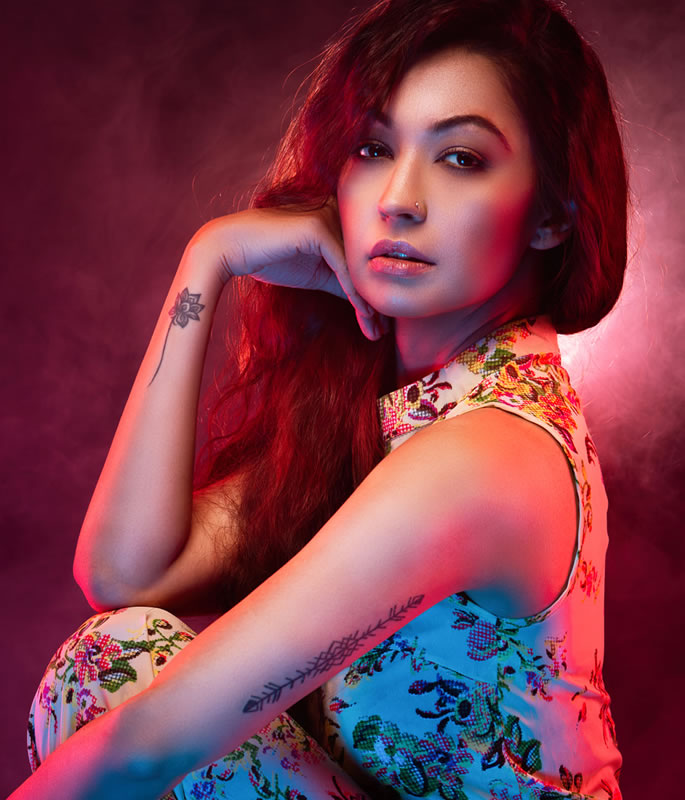 Rubya Chaudhry is a Pakistani actress and fashion model.

The model has walked the runway for some of Pakistan’s most coveted designers including Arif Mahmood and Ayesha Hasan.

“Fashion is about what you already possess and you refine what you have to work with.

Rubya made her on-screen debut in the Pakistani cult classic horror film Zibahkhana in 2006. 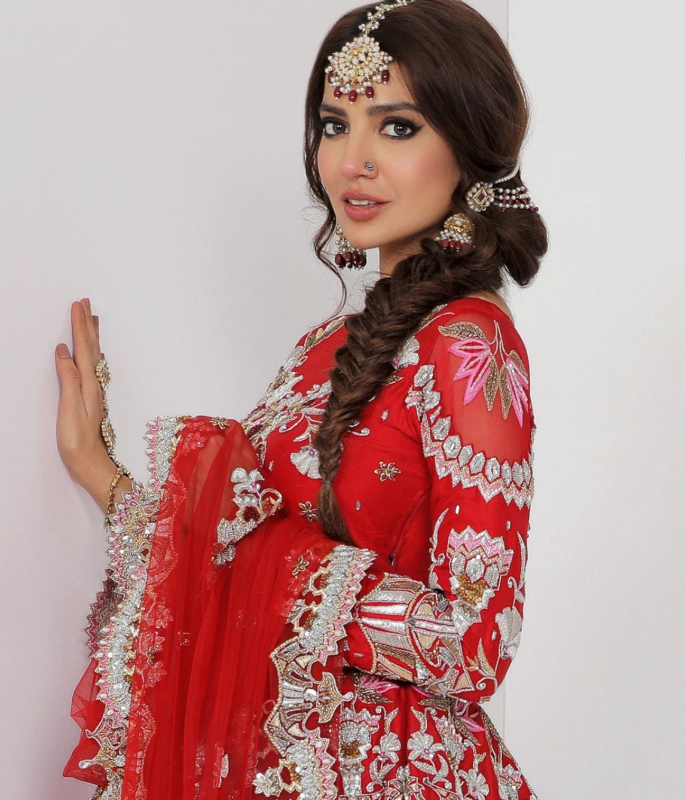 Pakistani fashion model Rabia Butt has worked with a variety of fashion brands.

Rabia is the leading face of popular brands such as Sapphire, ELAN and Khaadi.

After great success in the modelling industry, Rabia pursued her career as an actress.

Her main focus was on modelling, but later it changed into acting where her debut film was Hijrat.

In 2012, Rabia won the Lux Style Award for Female Model of the Year.

The Pakistani fashion sphere is diverse and ethnically beautiful.

Ranging from modern to traditional wear, Pakistani fashion designers showcase their talent through their variety of unique designs.

The diversity in the Pakistani fashion industry is what attracts fashion lovers from all around the world.

There are many more Pakistani female models who also deserve recognition.

With new faces regularly emerging from the fashion industry, there will be numerous Pakistani female models to look forward to.