A Timeline of Pakistani Fashion

Pakistan has impeccable fashion taste. Each decade produced something new, daring, and never out of place. Let’s take a closer look.

“Fashion has always been Pakistan’s voice”

Pakistani fashion is enchanting. It reflects a physical expression of societal progression, becoming a visual piece of history and defining the time of people.

Pakistan is a young country, established on the 14th August 1947, a creation born out of the end of the British Raj.

Pakistan seized the opportunity to build its own identity, to create a culture which was unique to the people living in its bountiful land.

With Pakistani fashion designers being so abundant, it is obvious why the decades have consistently surprised us with limitless style, staggeringly stunning suits acting as statement pieces for the contemporary period.

Pakistani fashion has even travelled to the other side of the globe, with Desi designers being the head of much-loved fashion stores, such as New Look, Pretty Little Thing and Boo Hoo.

But Pakistani fashion is not only couture. It is unmistakably on the high street, with traditional garments like the shalwar kameez cementing its place in fashion’s history.

It has become a malleable staple piece throughout time.

Each decade is unique, with its own distinct style defining the years. We explore the timeline of Pakistani fashion. 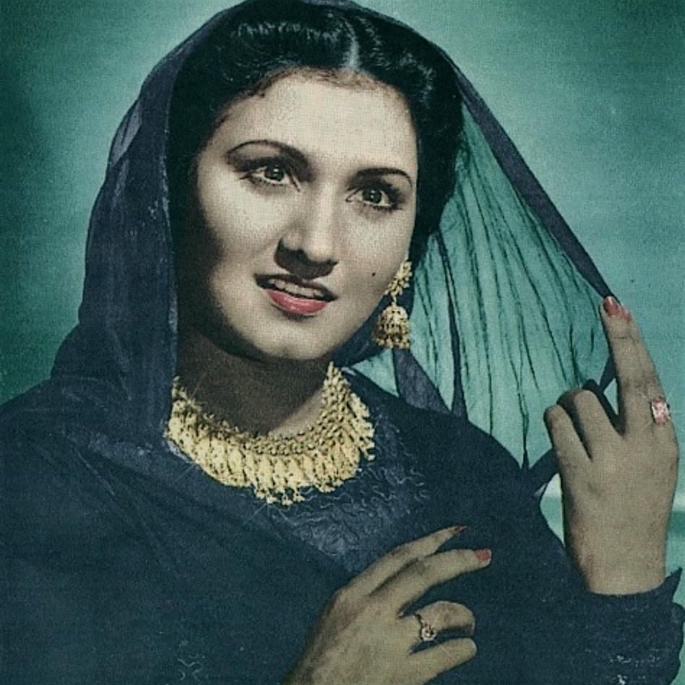 In the 1950s, Pakistani fashion was finding its feet. The independence allowed for a new beginning. A new identity of how Pakistan will present itself to the rest of the world.

Sarees were still a staple piece, with fashion mixing in from India. But women were adorned with jewellery, there was an air of sophistication. People dressed to impress.

No sleeves were popular during this time, with women wearing sleeveless dresses for all occasions.

Tops and dresses were often shaped to include a Pakistani version of a poodle skirt. These were popular when traditional sarees were not worn.

A major style icon during this era was Noor Jehan, a legendary Pakistani actress, flaunting her style on the TV screen, where women mimicked her chic dress sense.

With her, Shameem Ara was another icon. Both effortlessly classy, both in the public eye, and both a major face of Pakistan.

Men began to wear three-piece suits, imitating western professionals. Yet, this could be due to the rise of professional jobs. 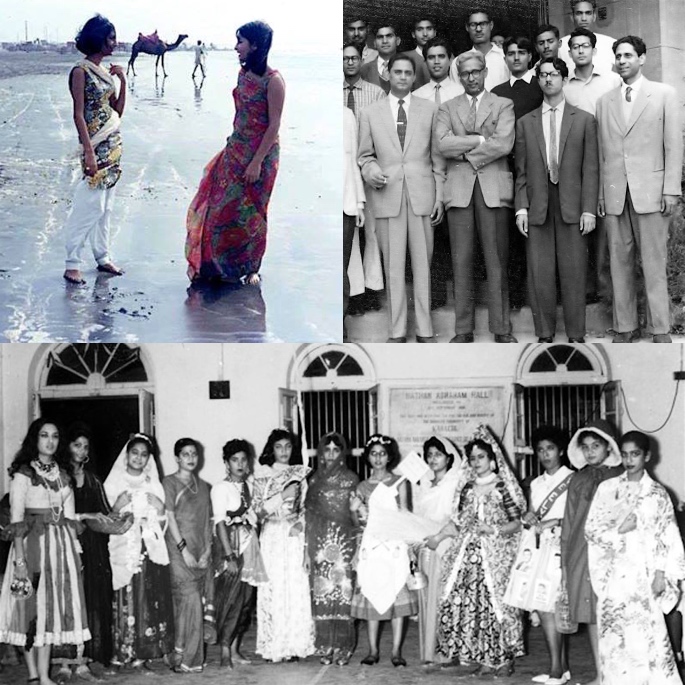 The 1960s is unfiltered. An understanding of this time is a peculiar mix of love and war with America making news with its war in Vietnam.

Yet, the 1960s is the hippie era too, with the CND sign becoming an iconic symbolism for this decade.

60’s fashion was about experimentation, about expressing yourself with a bombardment of materials, patterns and styles.

Colour was in abundance, reaching its way into borders, patterns and the edges of shalwar.

Pakistani fashion was heavily influenced by western fashion, with half calf trousers and bell bottoms becoming all the rage.

Tighter leggings were introduced to be worn underneath the staple item of shalwar kameez.

Women were more progressive than their previous generation and dressed the way they felt. It was a hybrid of fashion, the original east meets west.

A kameez became shorter and tighter, to mimic styles which were becoming widely popular across the pond, with the London Mod scene taking precedent for international fashion.

Men’s suits were more liberal, threaded with lighter colours. Society was light, fun and breezy, so Pakistani fashion reflected that.

People were happy to experiment with who they wanted to be, without religion being an influencing factor.

The latter ’60s initiated a love affair with fashion. It birthed a fashion boom with the designer Maheen Khan as one of its leading faces. 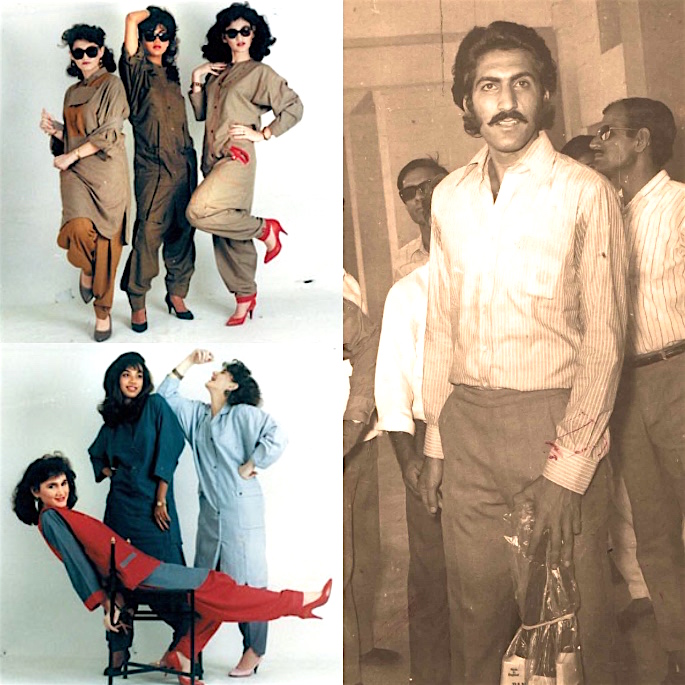 As Pakistan was still a relatively young country, its media outlets still left a lot to be desired. Unfortunately, there was no press coverage focusing specifically on the shift in styles.

Serials (TV shows) were how people could see the latest designs. With a most popular show called Kiran Kahani (1973), these form of the media industry became an outlet for fashion.

These shows are where the brand of TeeJays could really flaunt their stuff. Serials were viewed nationwide, and fashion icons were often the forefront of inspirations for new outfits, or specific items of clothing which are trending.

Maheen Khan designed the glamourous outfits seen on these serials. She is one of the best Pakistani fashion designers to date and is dubbed as the ‘Coco Mademoiselle of Pakistan’.

“I refuse to create clothes that are over the top, or make women look like boring clones of each other.” – Maheen Khan.

This is how the national item of shalwar kameez became the pinnacle of Pakistani fashion. They were ready to wear, fashionable and available from the high street. Naturally, they became the hottest thing to buy.

Other reports of fashion in the ’70s showed a different side. Shalwar kameez became longer.

Hip huggers sat below the waistline, with matching flared trousers from the ’60s. Shoes were statement pieces with heels becoming longer. 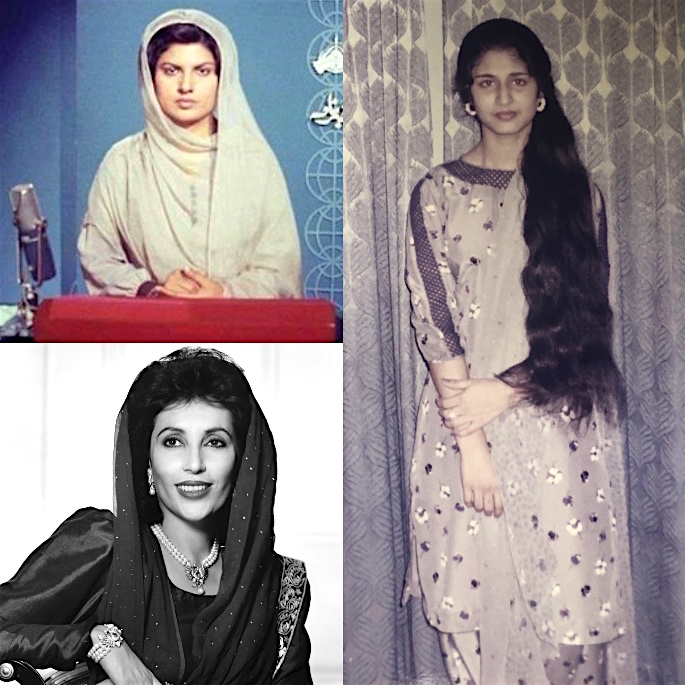 Pakistani fashion solidified itself into society. It held a mirror up to the world around it and attempted to express the reflection into a range of ensembles.

But the 80s was a time of political strife. Ziaul Haq came into power and in 1977 he declared martial law.

Under his regime, the much-beloved and liberal fashion sense Pakistani women were accustomed to, disappeared.

The rules of society became tighter, and with it, so did fashion. Women were ‘encouraged’ to adopt more religious appropriate clothing.

Religious appropriate clothing meant covering up the body with a shapeless outfit. Only faces and hands could be seen.

Long sleeves and dresses became the norm, with women opting to wear lengthy scarves around their head and the kameez grew in length.

However, there was a want for more.

In the early ’80s, the Saigol group reinvented their factory after the privatisation of a majority of Pakistani industries. They focused on textiles and became a front to the liberation of Pakistani fashion.

With an increase of different styles of shalwar’s mingling with western influence, a chimaera of outfits was created.  A kameez was coupled with Turkish pants, padded shoulders and dhoti pants.

Fashion was bursting from the hearts of Lahore and Karachi, both cities becoming fashion capitals of Pakistan.

Benazir Bhutto famously become Prime Minister in 1988, and with her appearance on TV, we see the iconic scarf fashioned as a headscarf.

Her clothes reveal a new era of Pakistan, exposing the statement scarves worn by millions of women. Fashion is now becoming more mainstream.

Pakistani fashion gained a second wind, with glossy materials gliding its way into the scene.

Volume was added into clothes using materials such as netting, and embedded into the scarves so popular with women. 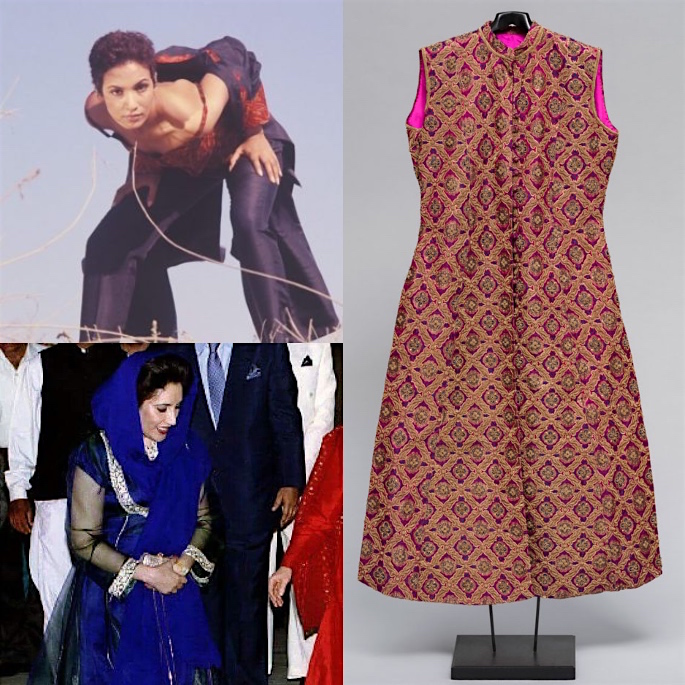 The ’90s saw a concoction. A hybrid of everything previously seen in Pakistani fashion, acting as a compilation of the fashion sense captured in the ’50s, ’60s, ’70s and ’80s, but with a twist.

As grunge took centre stage in the western hemisphere, we see jeans slowly becoming more intertwined into the world of Pakistani fashion.

Makeup was matted with metallic looks, lip-gloss was swapped for lipstick.  Hair was no longer long. It was chopped into a bob cut.

Playing with different materials, we also see the emergence of the iconic silk robe by Sehyr Saigol.

In 1994 the robe was created, taking the world by storm and showing off the wonderful diverse sense of Pakistani fashion.

Sehyr Saigol says her goal, when she began, was to “design the excellence of the craft and make it relevant by adding value.”

Materials and embroidery became intimate and detailed, clashing with the 90’s grunge vibe.

Prints never left from the ’70s but were now morphing into floral, geometric and dyed pattern becoming part of the mix.

Three-piece shalwar suits were introduced, a new face to the much-known shalwar kameez.

As TV was becoming more prominent, there was subconscious influence from Bollywood and TV shows.

Fashion collided with simplicity and elegance emerging out of the high street fashion stores, and evening dresses with chiffon scarves were all the rage.

Scarves were long and flowy, dancing in the wind. They became staples in fashion, with patterns embedded and embossed into them. They were statement pieces against a plain shalwar. 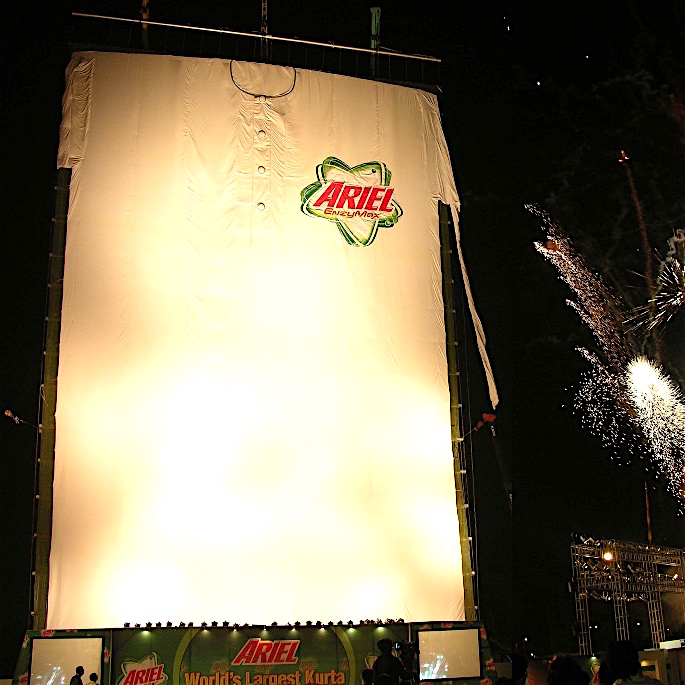 The 2000s were a little heart-breaking. This is when fashion became less about creating an iconic, individual image but rather as a profit-making scheme. Fashion was now a business.

As Sehyr Saigol says, “We follow an international calendar of two distinct seasons in fashion.”

Trousers were all the rage, being notable in different styles, like the wide leg, cigarette trousers for work, tights and pegis.

Shoes were being imported with heels becoming a reborn favourite. Men wore oxford brogues and trainers were slowly making its way into high fashion.

This was the era of comfort. Something easy. It was a casual time, with everlasting influences for the ’90s of chunky straps and black metallic straps on bags.

Collections became a notable thing, and Pakistani fashion designers providing collections for all seasons, ranging in colour, shape and materials.

It was a major milestone in Pakistani fashion, a climax to the struggles found during the liberation and a celebration to all its fashionable endeavours.

But now fashion needs to be instantly available. Designer Deepak Perwani, whose work is notable in this decade in the series, Kitni Girhain Baqi Hain (2011-2014) says “I am all about prêt (being ready)”.

In 2008, Perwani was given the Guinness World Records award for creating the longest kurta. It took him 30 days to make and is 101 feet tall. 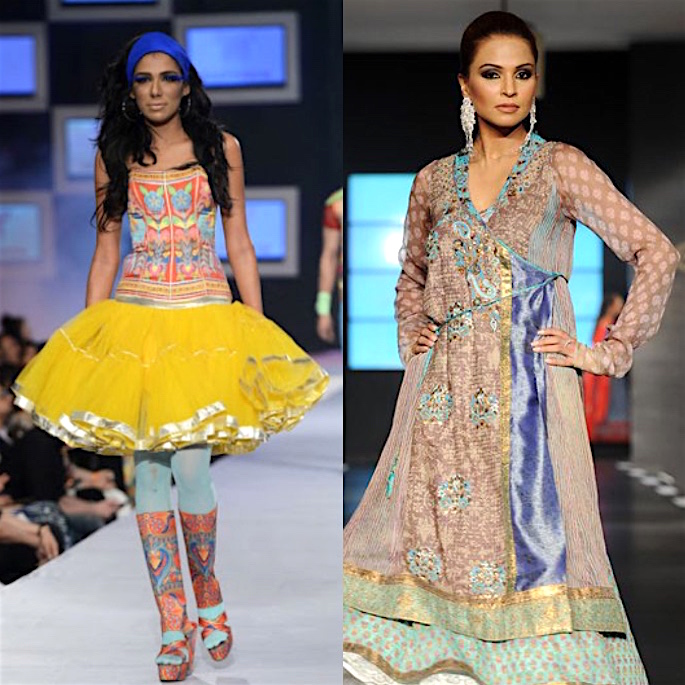 2010 fashion never managed to form its own distinct identity. This was a reflection period with elegance and sophistication combined with looks from the ’80s and ’90s.

The tradition came back, but with a twist.

But not all designers agree. Maheen Khan says “Fashion in Pakistan is in a pathetic state…We keep turning towards other cultures, instead of seeking inspiration from our own icons.”

But what was the fashion?

Tight skinny jeans overtook high street fashion, with the other side of the fashion industry seeking a more elegant look.

Cigarettes trousers were slowly making a come-back, with kameez’s growing a new face to fit the wave the different desires of designers.

Designers are more influenced by the past and we see a smaller resemblance of traditional garments and more of a western influence.

“One can walk into the studio and find a range of styles from prêt wear to couture and bridals,” says designer Nida Azwer.

The catwalk, however, stayed just as glamorous.

Fashion has always been Pakistan’s voice. It has been a running theme in the history of Pakistan, a keepsake no one wants to let down.

Pakistani fashion has mourned and celebrated with its people. It has acted as a comforting friend, voicelessly describing events and performing to the world just what Pakistan is experiencing.

We see Pakistani fashion grow from its own seeds into something bigger and better than what anyone could predict.