"clothes that don't hold you back."

The Pakistani fashion industry has been a vocal platform for women empowerment.

From dowry to child marriages, the Pakistani fashion industry keeps discussing these issues.

A Pakistani fashion brand has now brought another unique topic into the discussion.

The Generation fashion brand has released its summer collection for women’s attire.

The marketing campaign of the summer collection is featuring women on bicycles.

Unlike its neighbouring country India, Pakistani women are less commonly seen on bicycles and motorbikes.

However, there are a few exceptional cases that are breaking the psychological boundaries.

But over the last few years, female empowerment movements have gained a lot of momentum in the country.

Pakistani fashion has always been a leading channel to discuss taboos.

And likewise, the fashion label Generation is now encouraging more women to ride bicycles as a means to not be held back within society.

The Generation has launched its summer campaign with the title of ‘Parwaaz’.

The campaign’s tagline says: “Take flight this season with the clothes that don’t hold you back.” 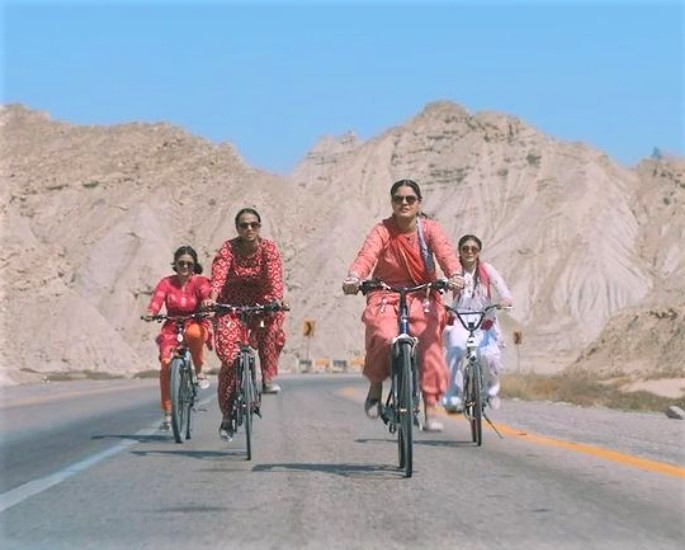 The campaign focus on the fact that many women in Pakistan hold back from fun just because their costumes are not suitable.

The Pakistani fashion attire in the ‘Parwaaz’ collection is usually suitable for the traditional lifestyle.

The collection represents all common cultural and modern attires of Pakistan ranging from salwar kameez to frocks and saris.

The 2021 collection features bright-coloured prints suitable for the summers of Pakistan. 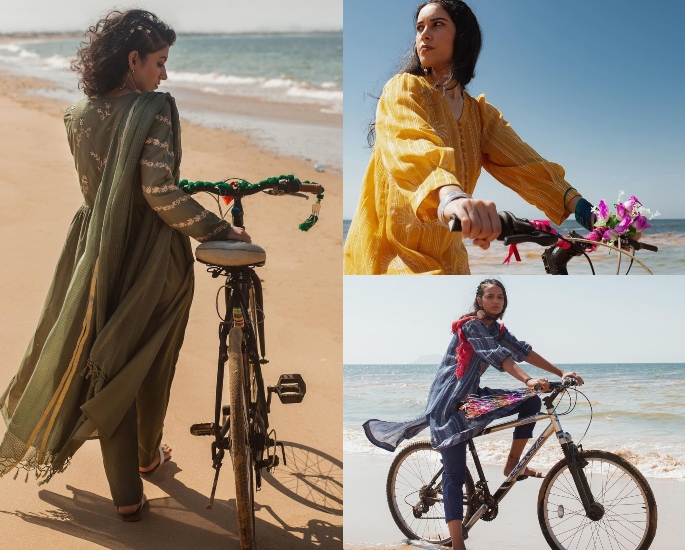 The Aurat March is held to observe International Women’s Day but it has gathered momentum as more women look to break away from a patriarchal society.

However, the campaign has been criticised for its aggressive approach to women’s liberation.

The Pakistani fashion industry has however always been appreciated for highlighting the less discussed topics with a more classic approach.

With the backing of showbiz celebrities, the campaigns often get healthy criticism.

The Generation brand has previously done campaigns about female college attire, the Pakistani hand gesture culture as well as on the traditional handcraft embroidery culture of Pakistan.

Generation’s latest campaign has gone viral for its liberating initiative, celebrating women who are constantly on the move.

This summer collection of 2021 showcases the beauty and strength of a liberated Pakistani woman.