The campaign, ‘It Starts with Her’ pioneered by the British Red Cross aims to support the lives of the women from the slums in Barishal, Bangladesh.

"Building women’s resilience is worth investing in.”

The British Red Cross campaign, It Starts with Her, aims to encourage women in the UK to donate their unwanted clothes to help women living in the slums of Barishal, Bangladesh.

The charity, now in its 150th year, is using its experiences to better the conditions for these women in “vulnerable communities.”

British Red Cross supporters Amanda Holden, Anita Rani and Michelle Keegan are taking a stand for the women of Barisal. They are appealing to women to have a “clear out for a good cause.”

It Starts with Her aspires to raise £2 million. The charity has also teamed up with the UK government through UK Aid Match to double every pound given. 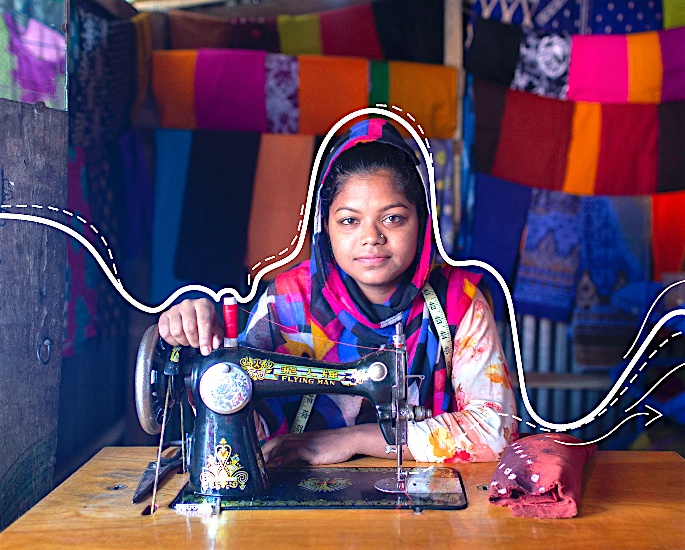 The hustling Bangladesh port of Barishal, known as ‘the Venice of the East’ harbours numerous slum dwellings.

Unfortunately, the women residing in these slums are prone to poverty, homelessness and violence.

Alongside these atrocities, the terrible weather conditions like monsoons and flooding that are prominent in Barishal, deteriorate circumstances further.

This leads to the spread of life-threatening illnesses, particularly in the slum areas.

Women and girls are the high-risk groups. They are extremely likely to fall into poverty, rendered homeless, remain uneducated and struggle to earn an income.

19-year-old Mimi who resides in Barishal revealed that she owns only four outfits. However, she harbours the passion for fashion like anyone else across the world. She said:

“I own four everyday outfits which I rotate and I keep three outfits for special occasions like parties and weddings.”

“Because my family and I can’t afford to buy new clothes often – usually one new salwar kameez a year.

“I customise my outfits by watching YouTube tutorials to learn about different embroidery techniques and stitch designs onto plain outfits.”

? When strong women come together, they are powerful. Their potential to create a sustainable future for their families and entire communities is limitless. Wanna join us? Find out more about our #ItStartsWithHer appeal. Link in bio ?. #UKAidMatch

The British Red Cross found that “70% of women” confessed they have bought an item of clothing that they have never worn.

This astounding revelation is unimaginable for women in Barishal who cannot comprehend why clothes would be cast aside, like Mimi.

The British Red Cross set up and funded a community group, Women’s Squad, providing them with a platform to voice their concerns.

Mimi joined a Women’s Squad allowing her to speak up about issues that directly affect her as well as the community.

This method of reformation also enables women to put forward their solutions to issues raised in their society.

It Stars with Her Campaign 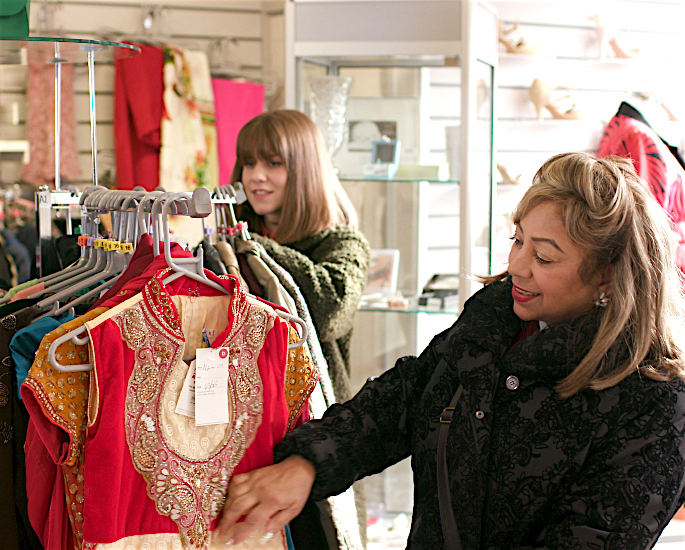 The British Red Cross campaign, It Starts with Her, aims to fund women’s small businesses via training and money grants.

This is done to so that they can thrive to become breadwinners for their families, save for the future and enable them to become resilient to endure an unexpected crisis.

To enable this development the British Red Cross is seeking the help of people in the UK to reach into their wardrobes and donate their unwanted clothes.

According to a recent survey for the charity, almost half of the women in the UK admitted to owning too many clothes.

Findings from the survey also stated that the “majority of women claim to wear less than half of their wardrobe” while over a third said they felt guilty about this.

“Why not commit to clearing out your wardrobe to help empower women in the slums of Barishal, Bangladesh?

“On top of dealing with the constant threat of extreme weather, these women are often abandoned by men who migrate to the cities – or face violence just for being a woman.” 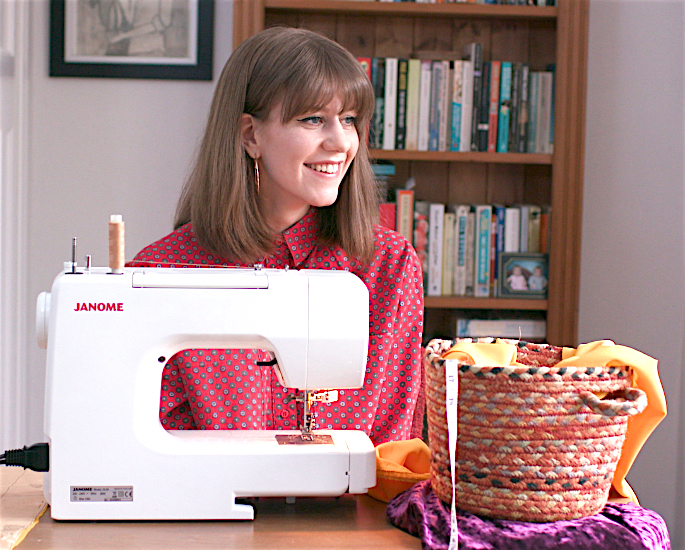 Radio and television presenter, Anita Rani, urges women across the UK to get involved and donate”

“Join me in having a clear-out for a good cause. Life for the women in Barishal, Bangladesh is extremely hard.

“They are often left to raise children alone, experience violence and can be forced to marry young and drop out of school.

“But the British Red Cross knows that when strong women come together they are powerful. With just a small amount of support, training and tools they can be breadwinners, mothers and leaders of their communities.

“Donate and declutter to help these women to build a safer future.”

“Between January and March, money raised from the sales of all women’s clothes in British Red Cross shops will support thousands of women in Bangladesh to build sustainable livelihoods.

“So just by donating or buying clothes from a Red Cross charity shop, you can help change lives.”

Executive Director of Communications and Advocacy for the British Red Cross, Zoe Abrams explains why women empowerment is necessary:

“Our new appeal It Starts with Her will make use of our 150 years of experience to help women in vulnerable communities be better prepared for when the worst happens.

“When women come together, they are powerful and in the wake of a crisis, that strength is needed more than ever.

“When it comes to picking up the pieces, rebuilding lives and creating a sustainable future that reaches every single corner of a community in the aftermath, It Starts with Her.

“Which is why we think building women’s resilience is worth investing in.”

But only when you stand with her. When it comes to creating a sustainable future for everyone – it starts with her, and we think that's something worth investing in. ? #UKAidMatch #ItStartsWithHer

For every pound that is raised by It Stars with Her, it will be doubled by the UK government. Let’s help the British Red Cross turn £2 million into £4 million.

Every woman deserves the right to build their own and others’ livelihoods.

Find out where your local British Red Cross shop is here. Be a part of something life-changing for the women of Barishal, Bangladesh.

Ayesha is an English graduate with an aesthetic eye. Her fascination lies in sports, fashion and beauty. Also, she does not shy away from controversial subjects. Her motto is: “no two days are the same, that is what makes life worth living.”
Prolific Robbery Gang caught after Getaway Car Crash
Groom’s Father elopes with Bride’s Mother at Indian Wedding