A video is going viral of an Indian policeman in Chennai who stops heavy traffic to allow an obedient dog to cross the road.

A video on social media has caught the attention of thousands of viewers of a traffic cop in India helping a dog cross a very busy Indian road in Chennai.

We all know traffic can be very crazy in India and stopping it can be a huge challenge!

But in this instance, with the traffic in full flow of cars, buses, bikes and lorries swarming across the road, the Indian policeman waves traffic on until he feels it is a safe point to halt the traffic.

The Indian policeman then enters the road waving his arms telling traffic to stop.

The dog meanwhile, stands very patiently on the right side of the cop until he sees the traffic stopping as directed by the policeman. At which point it casually wags its tail and crosses the road, most like feeling very ‘thankful’ to this thoughtful Indian policemen!

This footage is a very endearing example of how the relationship between dog and man can be still found in a country like India, where there are thousands of stray animals not even cared for in the slightest manner.

The video can be seen here:

Hats off to this policeman…
pic.twitter.com/EuRqJ5Jduk

Reactions to the video on Twitter highlighted the delight of viewers observing that the dog was much of a star as the Indian policeman: 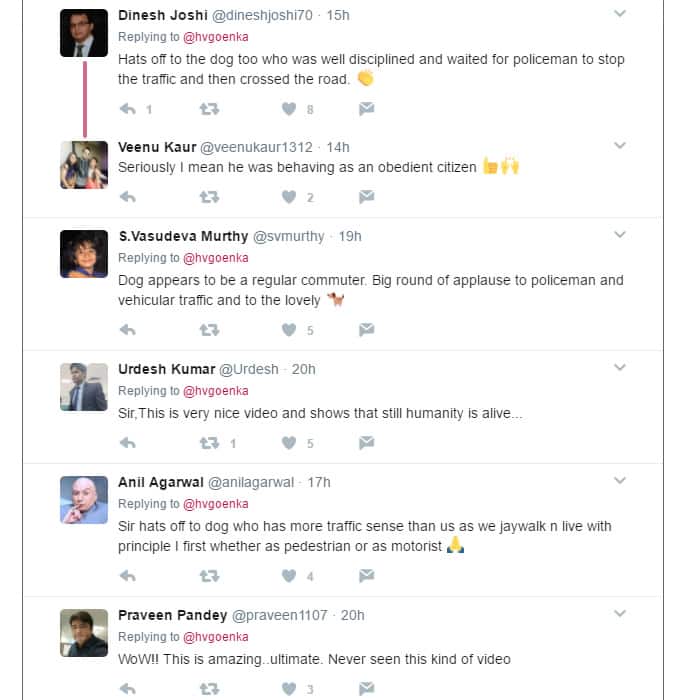 Lots of others mentioned the difference between humans and animals, especially in India, and problems with traffic, such as:

R Jain saying: “The positive side is …. if that dog can obey the civic sense why can’t we.”

“The positive side is …. if that dog can obey the civic sense why can’t we”

One Tweeter, viirndersharma?, even took a pop at Indian youngsters for not being so obedient!

The video of this Indian policeman and dog has definitely caught the attention of social media followers and depicts a much more human side of India that most people know does exist and has earned a well deserved thumbs-up from viewers. As it is definitely a joy to watch!

Amit enjoys creative challenges and uses writing as a tool for revelation. He has major interest in news, current affairs, trends and cinema. He likes the quote: "Nothing in fine print is ever good news."
Global Reaction to tragic Manchester Blast
Who are the Asian Candidates in the 2017 UK General Election?