The Immigration Bill for the United Kingdom has undergone a major overhaul with many changes that will restrict illegal immigrants from entering or staying in the country.

The new and improved Immigration Bill was introduced into the House of Commons on October 10, 2013. Subject to its Parliamentary progress, the bill is expected to receive royal assent in Spring 2014.

For those from South Asia hankering to enter the UK illegally, the bill will especially address many loopholes that were previously present.

In addition, there are new measures that have been introduced in the bill to make it notably more difficult for immigrants to stay in the UK without any form of ‘identity.’

A number of areas have been addressed in the bill. The core focus is to reform the removals and appeals system, end the abuse of Article 8, and prevent illegal immigrants accessing and abusing public services or the labour market in the UK. 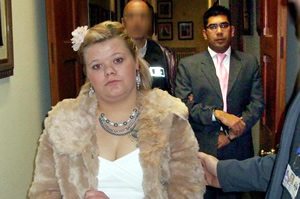 The first change is a crackdown on sham marriages and civil partnerships. The Home Office estimates that between 4,000 and 10,000 applications received each year are from couples who are not in a genuine relationship.

To address this, Mark Harper the Immigration Minister said: “By extending the marriage and civil partnership notice period to 28 days in England and Wales and allowing this to be increased to 70 days in some circumstances we will make time to investigate, prosecute and remove those involved in sham marriages.”

The genuineness of the marriage will be then investigated by the Home Office and immigration enforcement action will be taken if the marriage is deemed to be a sham.

The process involved to remove illegal immigrants from the UK is currently quite complex and requires a number of stages. To address this delay, a single decision process is to be introduced.

The decision will apply to people who make applications to the Home Office for leave to stay in the UK; those who have not made an application, but where the Home Office receives information (e.g. from a sponsor) that leads to the person’s leave being curtailed or revoked, and people unlawfully in the UK, who are encountered by immigration officers.

This single removal notice will ensure migrants are in no doubt that their application has been refused.

They are given the option to tell the Home Office of any asylum, human rights or European free movement reasons why they believe they are entitled to stay. 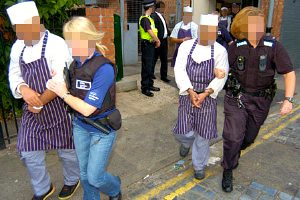 Working in the UK

Illegal immigrants are often working in trades with cash in hand exchanges, such as restaurants and construction.

The working rights of non-EEA nationals in the UK are restricted and may be limited to specific types of employment or hours.

To address illegal working, the bill shall introduce an increase in the illegal penalty for employing illegal works from £10,000 to £20,000, and make it easier to enforce payment of civil penalty debts and simplify checks for the right to work for employers.

Up to 85 per cent  of recently arriving migrants who have been in the UK less than a year are making high use of the private rented sector.

Rogue landlords are exploiting migrants by giving them ‘beds in sheds’ type of accommodation in often overcrowded conditions.

Bill proposals highlight new powers for the Home Office, for the first time, to deal with landlords who rent homes to illegal migrants.

Migrants should have access to public benefits proportionate to their type of immigration status – reflecting the strength of their connection to the UK.

Changes mean that non-EEA nationals will contribute towards the NHS care during their stay in the UK. Migrants with permanent residence will receive the same free NHS care as a resident British citizen.

Certain groups shall be exempt from paying fees, and the Department of Health will strengthen administration of overseas visitor charges: 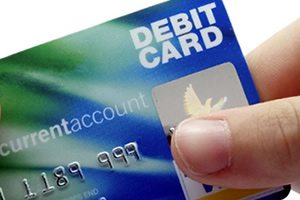 Harper adds: “This legislation will stop illegal immigrants opening bank accounts and will help to prevent them accessing products such as credit cards, mortgages or mobile phones.”

Many illegal immigrants are already stopped from opening bank accounts by existing identification and fraud requirements, but there is no specific rule to stop illegal migrants from opening an account in the UK.

New rules shall be introduced to crack down on illegal migrants accessing banking products and services in the UK.

Banks and building societies for the first time will be required by law to refuse customers who wish to open new current accounts who have been identified as illegal immigrants.

UK driving licences are commonly used as proof of identity. Illegal migrants can use them to access services such as rented accommodation and financial services, helping them to establish a settled lifestyle in the UK.

To tackle this issue, Harper says: “It is already government policy only to issue driving licences to legal residents. The Immigration Bill will reaffirm this position and make it possible, for the first time, to revoke licences held by those with no right to be here.”

Immigration advisers seen helping and advising illegal immigrants of ways to stay in the UK will face stiffer regulation.

A new duty on the Commissioner to cancel the registration of a regulated organisation in certain circumstances, including where they are unfit, incompetent or defunct, will be implemented as part of the bill:

“It is vital that the immigration advice sector is properly regulated in order to protect its clients from opportunistic and unscrupulous immigration advisers,” says Harper. 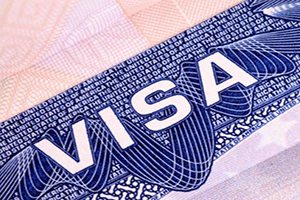 People who need to obtain a visa before coming to the UK, including those coming for work, to visit or to study, have to pay a fee. Fees must also be paid by those applying to extend their stay in the UK or applying to become a British National as well as those sponsoring someone to come to the UK.

These fees shall be increased as part of the changes stated in the bill to ensure that those who use and benefit directly from UK’s services pay more towards them, while UK tax payers pay less.

Critics warn that the changes will demonise people who are not English. Currently, 155,000 illegal immigrants are qualified for sickness benefits and maternity pay.

Up to 3,400 hospital workers employed by one of the country’s largest medical contractors are illegal immigrants and many have even been discovered working as cleaners at the House of Commons.

These changes will certainly affect visitors from South Asia and those already here illegally. Is the bill a good move or is it an attack on everyone who is maybe in the country for legitimate reasons but becomes classed as an illegal immigrant? Vote in our poll and let us know.

Prem has a rich interest in social sciences and culture. He enjoys reading and writing about issues affecting his and future generations. His motto is 'Television is chewing gum for the eyes' by Frank Lloyd Wright.
Adil Ray’s Citizen Khan back for Series 2
10 Top Business Tips for Job Interviews