Changes to the UK Immigration Test

Theresa wants the test to be a more 'patriotic guide'

The UK’s Home Secretary, Theresa May, is planning to make changes to the UK Immigration test for those wishing to enter the UK, which will affect migrants coming from India, Pakistan, Bangladesh and Sri Lanka.

Introduced by the Labour party in 2005, called ‘The Life in the United Kingdom’ test; it is taken by an estimated 80,000 foreign nationals a year who wish to become British citizens and acquire a British passport. This test is now to be rewritten by the Government, according to reports.

The mandatory 45-minute test can be taken at 65 centres around the country and costs £50. It consists of 24 multiple-choice questions based on the 146-page ‘Life in the UK: A Journey to Citizenship’ handbook. As par of the citizenship process, new citizens are required to attend a ceremony where they are asked to swear an oath of allegiance to the Queen, a pledge of loyalty to the UK and to uphold democratic values. 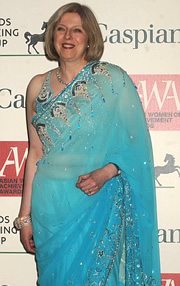 May believes the current test is based too much on the practicalities of daily living in Britain and does not focus enough on the country’s history and culture, and therefore, needs to change. Theresa wants the test to be a more ‘patriotic guide’ for migrants who want to settle in the UK before they can qualify for a passport.

The current handbook includes a 25-page, 11,000-word introduction to British history written by the late Professor Sir Bernard Crick. However, this is not covering the historical facts enough according to reports. The government wants immigrants to learn specific historical facts and also the first verse of the national anthem as part of the re-design, placing a greater emphasis on the United Kingdom’s culture and past.

British historical facts the migrants could be to be tested on include knowledge of Winston Churchill, Lord Byron, Florence Nightingale, Charles Dickens, Edward Elgar, William Shakespeare, Thomas Hardy, the Duke of Wellington, as well as the Beatles and the Rolling Stones.

The changes Conservative ministers want to introduce tell new migrants that Britain is ‘historically’ a Christian country with a ‘long and illustrious history.’

Also in the test, modern Britain is to be represented by questions about British inventions such as the structure of DNA and the Internet. 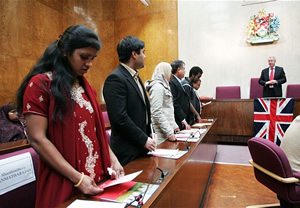 Theresa May wants to remove sections from the handbook. These include information on the Human Rights Act, how to claim welfare benefits, managing everyday life such as details on how to get home contents insurance, read the gas and electric meter or dealing with the local council.

A Home Office official said: “It’s a move away from the old one – stuff on rights, practical info that has little to do with British culture – to one that is clear about responsibilities and requires people to have a grounding in our history.”

The new guide shall include the statement: “Britain is proud of being a welcoming country but all residents, regardless of their background, are expected to comply with the law and to understand that some things which may be allowed in other legal systems are not acceptable in the UK. Those who do not respect the law should not expect to be allowed to become permanent residents in the UK.”

Chief Executive of the Joint Council for the Welfare of Immigrants, Habib Rahman, does not agree that the test needs changing: “We would like to see the evidence of the current test failing in its stated aim to teach migrants the basics needed for life in this country. Theresa May is once again raising the bar for settlement for New Britons.”

“To make the test less practical and more historical will give migrants an abundance of knowledge they will not use. This is another measure to limit access to the UK. The home secretary needs to think again.”

But the Home Office argues that by making the changes it will put the UK’s culture and history at the heart of the citizenship test and will help ensure those permanently settling to understand British life and properly integrate into our society.

In addition to changes in the immigration test, the government is getting tough on sham marriages by introducing tougher checks for migrants who want their spouses to join them, to see if their relationships are genuine. As well as a new requirement that their earnings must be at least £18,600 per year. Also, immigrants already in Britain who want elderly relatives to join them must ensure that they will not claim welfare benefits for five years.

The changes planned to the UK Immigration test will inevitably make it harder for people to enter the country and apply for citizenship. Those coming from South Asian countries will need to understand develop a much more in-depth understanding of the country, it’s history and culture. How much they will use the information in every-day life once here is to be debated, plus it would be interesting to know how many current British citizens already living here could pass this test too.

However, there is no doubt that immigration into the country needs attention because, in many parts of the UK, English perhaps is not the first language being spoken. But learning about the specific history of the country compared to every-day living may not be the most obvious of changes to be made to such a test.

Prem has a rich interest in social sciences and culture. He enjoys reading and writing about issues affecting his and future generations. His motto is 'Television is chewing gum for the eyes' by Frank Lloyd Wright.
Queen’s Diamond Jubilee Asian Style
Human Trafficking in the UK