The nation’s favourite Pakistani community leader is back on our TV screens for series 2 of popular sitcom, Citizen Khan. DESIblitz chats exclusively to the man behind the beard and ‘topi’, Adil Ray.

"We’re not looking at changing anything. You just develop things and move things on."

Set in Birmingham’s very own Desi epicentre, the ‘capital of British Pakistan’, Series 2 of Citizen Khan returns to the nation’s TV screens from Friday, October 4th 2013.

Created by Adil Ray and written in collaboration with Anil Gupta (Goodness Gracious Me, The Kumars at No. 42) and Richard Pinto, Citizen Khan is a family comedy that centres around the lives and mishaps of a normal and un-extraordinary Pakistani family in Sparkhill.

The sitcom first graced our television screens on August 27, 2012. Featuring an infamous 1970’s chequered brown suit, a Pakistani ‘topi’ and of course the ‘antique’ canary yellow Mercedes that we see in the opening credits, the original 6 part series focused on the antics of self-proclaimed ‘community leader’, Mr Khan. 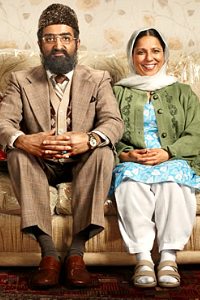 Adil first came up with the idea of the sitcom from memories and images of his childhood, growing up in the overtly multicultural city of Birmingham. Honing in on the comic whimsies of local communities, Adil has created, what he refers to as, a ‘modern British family’.

Speaking about the iconic look that he has created for Mr Khan, Ray explains:

“I wanted him to look smart and gentrified, in a suit at all times. The hat is just funny. A distant uncle used to wear it; I remember as a child finding it really funny. It’s not just the hat but the fact that he never takes it off.

Reception to Series 1 was truly unexpected, with almost 3 million views each episode, leading to the BBC to automatically recommission a second series.

This time, Mr Khan’s pseudo celebrity status has given him a prime time Friday night slot on BBC1 at 9.30 pm, with seven episodes, and both Khan and Ray are pretty sure they will pull in quite a crowd:

“I am excited and nervous at the same time. Television has become more ruthless, but you want to be in a high pressure situation like this,” admits Ray. 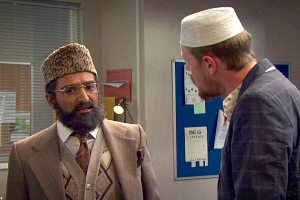 39-year-old Ray plays 55-year-old Mr Khan. Loud and opinionated, Mr Khan enjoys the sound of his own voice and his self-given importance.

He is clumsy and more often wrong than right. But this doesn’t stop him from exerting his authority to his apparently obedient and compliant family.

Joining Adil is Shobu Kapoor as Mrs Khan, Maya Sondhi as Shazia and Bavna Limbachia as younger daughter, and apple of her father’s eye, Alia.

Interestingly Alia’s character, in addition to Mr Khan’s, has perhaps encouraged the most controversy as many in the Pakistani community believe her occasionally manipulative and hypocritical perspective of faith as disrespectful. But as Adil argues, the purpose of the sitcom is to encourage people and families to come together, rather than to create divisions:

“If you want to look at things that perhaps are damaging religion or damaging culture, I don’t think you want to look at a piece of fictional telly. There’s a lot of other things in the world that we need to start addressing rather than somebody’s comedy writing,” Adil insists.

Watch our full interview with Adil Ray aka Citizen Khan: 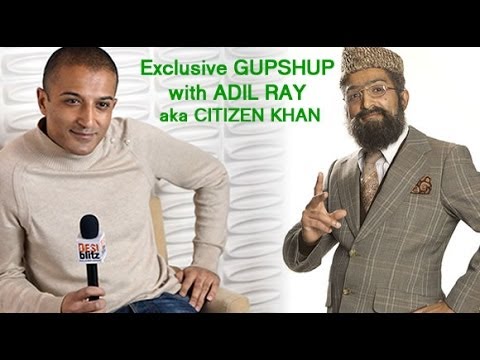 Adil’s main hope is that the sitcom renews the long-forgotten routine of families sitting at home and spending time together:

“I was brought up watching sitcoms with my mum and dad and there’s nothing better than sharing that laughter. If we can create a family viewing experience, that’s great,” says Adil.

“It’s unfortunate now that so many people are watching TV individually, on an iPod or iPad. With Citizen Khan, mums and dads can sit and watch it with their children and their grandparents.”

“And because it’s going out at this time on Fridays, I’m hoping the parents will let their children stay up a little bit later to watch it… with a curry!” 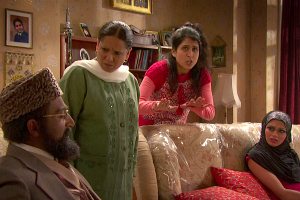 Most popularly known for his work as a Radio DJ for BBC Asian Network, Adil likes to enthuse a tongue-in-cheek outlook on life.

He manages to achieve exactly that with Citizen Khan, most successfully in fact, in the interactions of Mr Khan with mosque manager, Dave (played by Kris Marshall) and his soon to be son-in-law, Amjad, who has instantly became a nation favourite.

Indeed, while Ray has perfected Mr Khan down to a tee, one of the surprise talents of the show is non-other than simple-minded and unobtrusive Amjad, played by Abdullah Afzal:

“I love the innocence in his character. He would never do anything harmful. If he does something wrong, it’s a genuine mistake,” believes Afzal.

Speaking about what we can expect for Series 2, Afzal says: “Well, we saw Amjad telling his mum to ‘shut up’ at the end of season one. In this season he is a little more mature.

“He understands his situation. He just wants to lead a happy life with his wife. Which is going to be difficult with Mr Khan around the corner,” he adds.

Anticipation for the second series of the show has been rapidly building. And as Adil explains, viewers can pretty much expect the same as the first season:

“We’re not looking at changing anything. You just develop things and move things on. A lot of it is more of the same,” Adil says.

Series 2 sees preparations for Shazia and Amjad’s wedding in full swing, the antics of Mr Khan being a community leader, and also having to deal with ‘favourite’ daughter, Alia, failing all of her exams.

Aisha is an editor and a creative writer. Her passions include music, theatre, art and reading. Her motto is “Life is too short, so eat dessert first!”
The Asian Media Awards 2013 Finalists
Major Changes to UK Immigration Bill