Adil Ray and Ranvir Singh took over Good Morning Britain as presenters this week. The reactions to their banter and presence definitely divided GMB viewers.

"Will you apologise for calling Richard the token white guy?"

Adil Ray aka Citizen Khan and Ranvir Singh both took over the hot-seats of Piers Morgan and Susanna Reid to present ITV’s Good Morning Britain (GMB).

Adil has joined the GMB team as a guest presenter until August 14, 2018, replacing Piers Morgan, who is on holiday, and Ranvir is sitting in for Susanna while she is away on her summer break.

The show this morning definitely caused a stir on social media, leaving viewers quite divided with the GMB replacements.

The banter between Adil and Ranvir notably took advantage of their South Asian backgrounds, along with the serving of samosas for breakfast.

Ranvir Singh, who appears on the show, even made specially brewed Indian tea for Adil as her co-presenter. 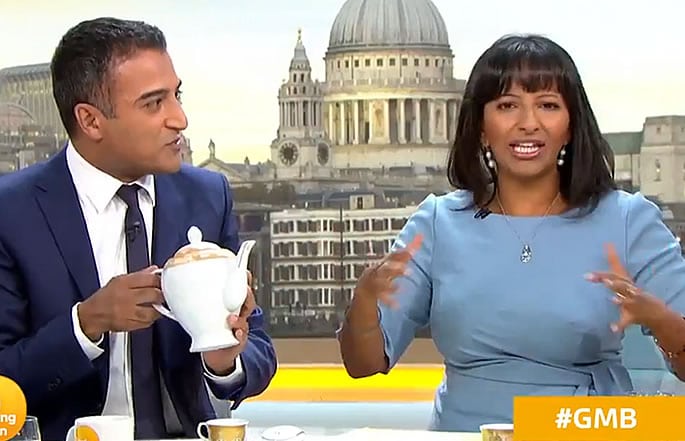 Jokes of calling it an “Asian Invasion”, Adil calling it “Good Morning Asian Britain” and the “USP” of the show, certainly caught the attention of some viewers.

Then Adil calling their showbiz correspondent Richard Arnold the “token white guy” also added to the reactions of those not happy with the pair as replacements. 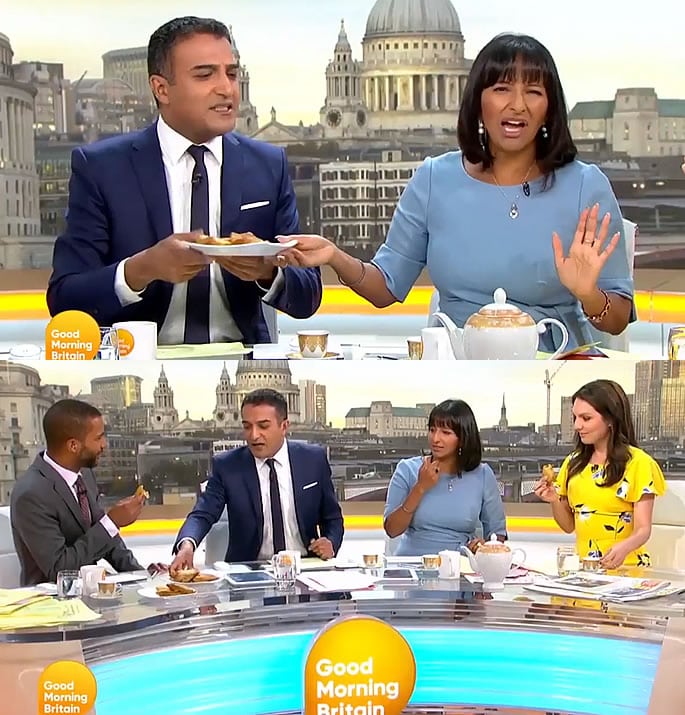 “too black and racist panel today on #GMB , if they are all “white” people complain so i declare the producer is obviously an Anti White racist bigot and demand he resigns . It is offensive to White people to have to watch a Black based Programme without Diversity”

“its like spot the white face…..are we Britain ……i.ve turned off…….make sick and worried for my grandchildren.. #gmb”

“Don’t usually get offended by anything on tv but Imagine the uproar if they had said “Good Morning white Britain”?? #gmb #goodmorningbritain”

“@GMB Racist comments towards a white presenter AND hypocritically condemning that muppet Johnson for his comments all in one show. Nice one #GMB . No point deleting that tweet. It’s out there. It’s okay for anti-white racism to be broadcast on @ITV #TokenWhiteGuy”

“#GMB apparently it’s okay for racist remarks to be made against white people. Double standards or what.#goodmorningbritain”

“These two are awful, how dare she say that to Richard about being the only white token! If this was said to a Indian or black person there would be uproar! She’s needs to apologise.”

“Richard Arnold…The token white guy?! I don’t remember them saying anything like that when Ranvir was the only Asian on the programme. GMB, this is not discrimination is it?”

The offence regarding the Richard Arnold comment was felt to the extent that some viewers demanded an apology of Adil, saying:

“@adilray I demand a public apology over your racist white token comment on @GMB this morning. Roles reversed you’d be after sackings and public apologies. #ITV #GMB #TVWATCHDOG”

“Will you apologise for calling Richard the token white guy?” 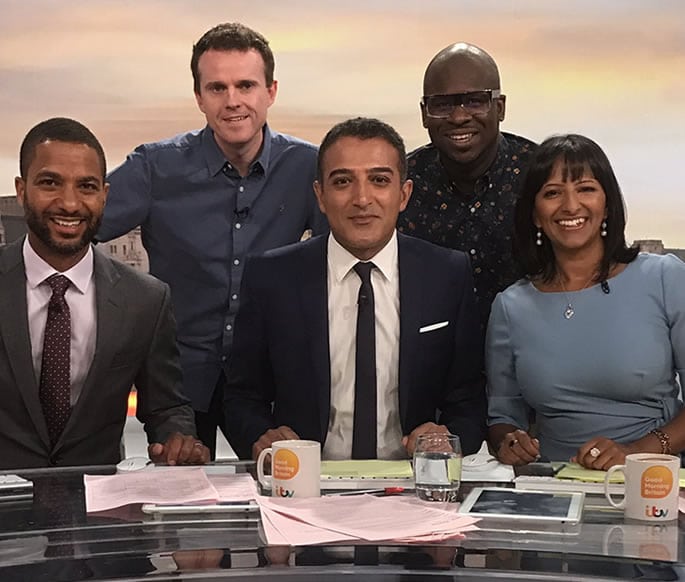 But not all viewers were left disappointed with Adil Ray and Ranvir Singh presenting the national show.

“people talking about jokes seriously really takes the fun out of it. #GMB”

“Think we all need to lighten up and remember how to take a joke. Loving the lineup this morning @ranvir01 seems extra perky ?? #GMB”

However, some particularly were not happy with Ranvir for not letting Adil getting the chance to speak on the show due to her interruptions or talking over him, saying on Twitter:

“Such a shame it was @ranvir01 presenting with the fabulous @adilray on @GMB What was the point of having Adil on at all? Ranvir spoke over and interrupted him at every opportunity. She is an appalling interviewer and presenter. #GMB #RanvirSingh #AdilRay @piersmorgan”

Is Ranvir Singh the most irritating person on morning telly? ?? ? #GMB

The pair presented the show with the rest of the regular team on Good Morning Britain.

Adil Ray was excited to be on the show and said on social media last week:

“I’ll be hosting for a couple of days Monday & Tuesday with the fab @ranvir01 please set your alarm!” 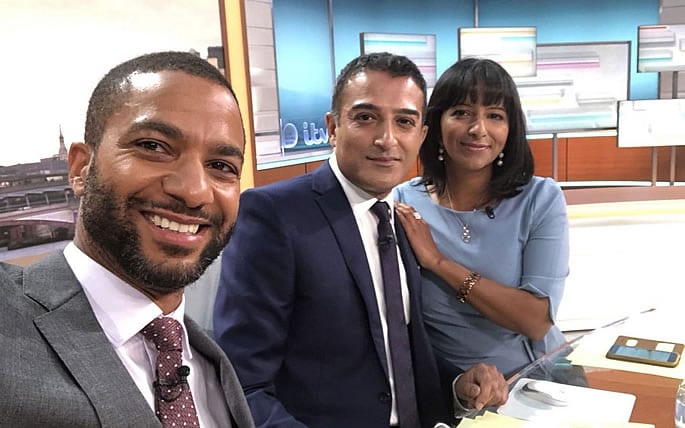 Piers Morgan and Susanna Reid will return to their GMB seats in September.

The reactions to the diversity on GMB definitely showed that British television has a long way to go in order for it to be accepted.

As for the jokes and comments with racial connotations made by a panel of British Asian presenters together like Adil Ray and Ranvir Singh, it is clear from the uproar that they do not seem to have a place on national shows like GMB, today.