Community leader, Mr Khan is back with his dysfunctional family for a third series of Citizen Khan. Adil Ray’s comedy sitcom sees a number of special guests including Nina Wadia for more hilarious Desi encounters and mishaps.

"Its hard work, but theres something special about filming in front of a live studio audience."

On Friday 31st October, 2014, Adil Ray aka Mr khan, the self proclaimed ‘community leader’ returned to our screens with his family, friends, and Dave for more mischief and mayhem in Citizen Khan.

Since its debut back in 2012, Mr Khan’s antics have delighted the nation and this time around is enjoying a time prime time viewing slot of Friday nights at 8.30pm on BBC One.

The trials and tribulations Mr Khan faces has provided moments of sheer hilarity and delight amongst the viewers.

Although the show is set within Birmingham’s Sparkhill area, surrounding the life of a dysfunctional Pakistani family, this has not stopped Asians from across the UK tuning in on a weekly basis. 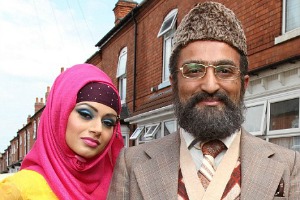 The show is centred around a family and has themes that any Desi family can relate to, such as marriage, raising kids, dealing with in-laws, a difficult Nani-Ji and much more.

Other favourite characters will also be returning such as the poor and long suffering Mrs Khan, played by the talented Shobu Kapoor; elder daughter Shaiza Khan, portrayed by Maya Sondhi; and rebel, yet in Mr Khan’s eyes the sweet and innocent, daughter Alia Khan, played by Bhavna Limbachia.

There is also a return for Shazia’s bumbling fiancé Amjad (played by the hilarious Abdullah Afzal) and his overbearing and snooty mother, Mrs Malik, played by Harvey Virdi.

This season will also play host to a variety of guest stars and cameo appearances, from some of the most recognisable faces on British TV.

Goodness Gracious Me and Eastenders star Nina Wadia will be dropping into Sparkhill during the series, the ex Mrs Masood will surely provide entertainment and unforgettable moments not to be missed. 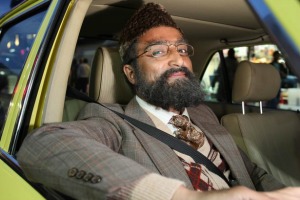 Other guests stars will be Belinda Lang, well known for her part as playing the sensible and level headed mother, Bill Porter in the popular British sitcom 2point4 Children.

Speaking about filming for the show, Adil Ray said: “Its hard work, but theres something special about filming in front of a live studio audience.”

He then went to express his enjoyment of filming in front of an audience and the great experience for them as well, commenting: “It’s a fun night out.”

“I love Mr Khan, he makes me laugh so much, I can’t wait to see what he does in this series and hear his famous oh twadi line!”

In the first episode, the Khans come back from a family trip to Pakistan, everything seems to be going well, until they realise they have the wrong Nani-ji!

It is up to Mr Khan to save his mother-in-law before the plane she has been left on sets off for Mogadishu, Somalia!

Eventually Nani-ji is found and there is talk of her wanting to go into a care home. At first Mr Khan is all too happy to send her off to the home to enjoy her “golden years”, but then he finds out she has a considerable sum of money stashed away.

Suddenly Mr Khan is keen for her to stay, will his plan to keep her on his side result in him getting the money?

The second episode sees Mrs Malik sitting down to dinner with Mr Khan and Mrs Khan. However with the relationship between Mrs Malik and Mr and Mrs Khan not the greatest, will they be able to put their differences aside for the sake of their children?

Series 1 and 2 of Citizen Khan brought in huge viewing figures, as people all over the UK tuned in to see the latest crazy goings on in the Khan household and series 3 will certainly be more of the same.

Mr Khan Community Leader, is back bigger and more hilarious than before! You can catch Series 3 of Citizen Khan on Friday evenings at 8.30pm on BBC One and BBC One HD.

Amarjit is a 1st class English Language graduate who enjoys gaming, football, travelling and flexing his creative muscles writing comedy sketches and scripts. His motto is “It’s never too late to be who you might have been” by George Eliot.
The Asian Media Awards 2014 Winners
Rochdale taxi driver Javad Iqbal stabbed