Birmingham’s most prominent Pakistani community leader and TV superstar Mr Khan has released his very own guide to living in Britain.

The hilariously detailed coffee-table book covers many aspects of British Asian life as seen through the middle-aged Pakistani’s own rectangular-framed spectacles.

The self-appointed authority has his say on how to make the perfect Pakistani tea, the correct way to bring up your daughter, the importance of Pakistani Education (P.E.) and how to make the most of economising around the house.

“Growing up as a child in Pakistan is a lot different to the UK. Unless you were born in Birmingham or Bradford – then it’s exactly the same,” Mr Khan quips.

The book opens with Mr Khan recalling his childhood and growing up in Rawalpindi in Pakistan. Fans can see how he began his first job at the age of five as a truck driver, enjoyed chasing birds, and was bowled over by his first love – cricket. 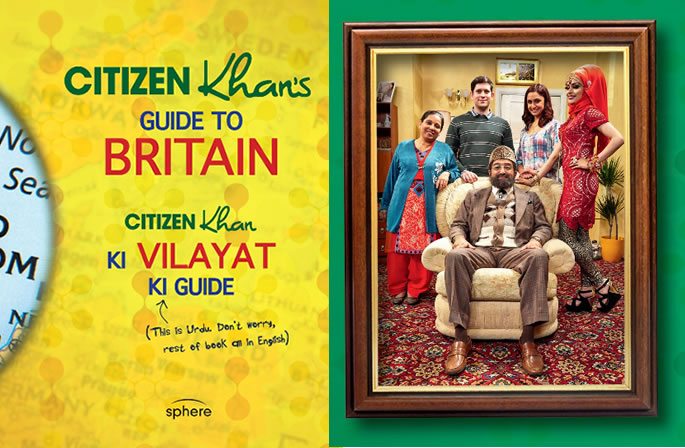 Snazzy photos inside the book show how Mr Khan became a Pakistani Travolta at the age of 21, just as he moved to the UK and came head-to-head with airport immigration.

Now well-versed in the art of getting through immigration, Khan offers his own guidance for other budding Pakistanis hoping to come over to the UK.

From there, the book touches on all aspects of family experience and adjusting to the British way of living. He mocks British food and the failing education system and explains how Pakistanis were the ones to bring colour and life to English cricket.

While the book covers many generalisations about the Pakistani community in Britain, Ray expertly knocks these Desi stereotypes on their head with a deliberately controversial caricature that enjoys sensationalised antics across Birmingham.

For those unfamiliar with the TV personality, Mr Khan is a ‘stereotypical’ British Pakistani from Sparkhill in Birmingham. He is a not-so-doting husband and stern father to two daughters and a disappointing son-in-law.

Khan’s larger than life personality sees him fall into mishap wherever he goes as he fearlessly attempts to become a recognised role model for British Pakistanis everywhere.

Written by the man behind the beard and brown checkered suit, Adil Ray, the book is filled with dad-style 70s humour that fans are used to seeing on TV. The unofficial guide, however, allows Khan to unreservedly speak about a fondness for ‘custard creamies’ and the Pakistani cricketer Imran Khan.

The book offers funny anecdotes throughout and particular highlights are Khan’s (and Ray’s) views on marriage in the Asian community and how to deal with celebrity status. 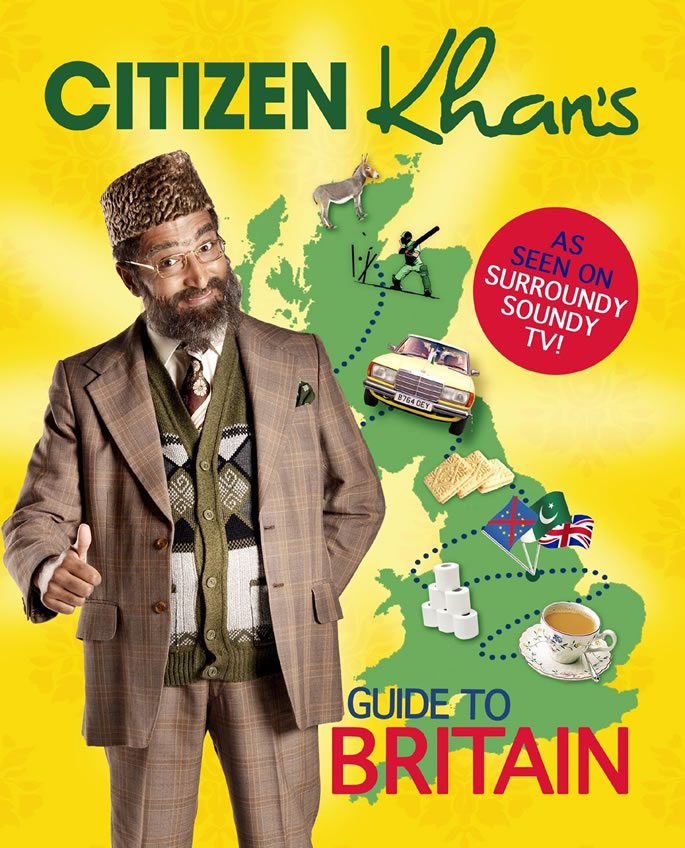 Perhaps the book could have also focused on the importance of education in the Desi community, and the desire for many Asian parents to see their children become GPs and pharmacists. However, other than that, the book offers an engaging fictional insight into Birmingham’s Pakistani community.

Adil Ray OBE is a popular broadcaster and presenter. He is the creator and star of BBC One’s Citizen Khan, which is currently enjoying its fifth season. Co-written by Anil Gupta, the popular sitcom stars Shobu Kapoor, Abdullah Afzal and Bhavna Limbachia. It is currently the longest-running sitcom and one of the BBC’s highest-rated comedy shows.

Published by Sphere, of Little, Brown Book Group, Citizen Khan’s Guide to Britain is described as the perfect coffee-table book to feast your eyes on when you are not watching Citizen Khan on the TV.

Citizen Khan’s Guide to Britain is available in hardback and is priced at £20.00. You can purchase the hilarious book from Amazon. Adil Ray will also be signing copies of the book at Waterstones, Birmingham on Saturday 26th November 2016.

Aisha is an editor and a creative writer. Her passions include music, theatre, art and reading. Her motto is “Life is too short, so eat dessert first!”
Peyam-e-Iqbal ~ Qawwali and Book Launch
Shilpa Shetty Trolled over Animal Farm book Blunder