Rochdale taxi driver, Javad Iqbal was stabbed in the face on October 26, 2014. The suspect Ryan Lovell injured the 48-year-old cabbie in a suspected race hate crime.

"One can only put it down as a hate crime. What else can it be?"

An Asian taxi driver has been stabbed in the face, in an alleged race-hate attack.

Javad Iqbal, 48 was assaulted shortly after dropping off a customer in the early hours of Sunday 26th October. The father-of-five, who needed six stitches following the attack, has been left ‘scarred for life’.

Mr Iqbal described the attack, saying: “They came back with a knife and straight away attacked my face and banged a bottle on my head. [They were] banging on my car and smashed a window.”

Abrar Hussain Junior, Mr Iqbal’s boss at No 1 Diamond Cars said: “One can only put it down as a hate crime. What else can it be? You don’t go around stabbing someone unless you have a beef with somebody.” 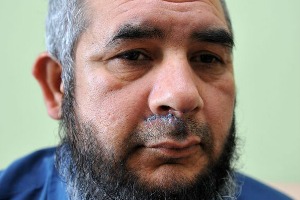 The attack is believed to be the second stabbing of an Asian taxi driver in as many weeks.

Mr Hussain continued: “Sadly, the drivers don’t get enough protection. If a taxi driver tries to restrain someone for not paying, the council will take their licence away.

“Two weeks ago another driver (at another firm) took a customer from Cheetham Hill to Middleton. He started kicking his car, ran into a house and brought out a knife and stabbed the driver in the face as well.

“I’ve worked in Middleton for the last 16 years. I’ve known taxi drivers to be assaulted and I’ve known customers do runners. It happens all the time. It’s one of those things. We don’t even tell the police. We just get on with it. But I’ve never known a taxi driver to be stabbed.”

DESIblitz previously reported on the growing trend of customers opting for white cab drivers in Rochdale (read the full article here). Manager of Car 2000, Stephen Campbell, told reporters that his firm was seeing an increasing amount of requests for white drivers.

Campbell believed that media coverage of IS and other current affairs may be part of the problem, including the Rochdale grooming scandal that has plagued the town since 2012:

“I think people are being programmed by what they watch on the news,” Campbell says. 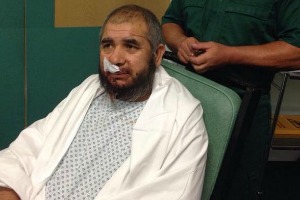 His company, Cab 2000 took over Eagle Taxis, a taxi firm caught in the centre of the Rochdale grooming scandal. Two of the nine men who were convicted, were from Eagle Taxis.

Following the outbreak of the grooming scandal, a number of Asian taxi drivers from Eagle Taxis, were targeted in a similar manner to Mr Iqbal, resulting in 20 drivers leaving the firm.

Mr Campbell added: “One of them got a knife held to his throat, one of them had his car smashed up.”

MP for Rochdale, Simon Danczuk, has expressed fears that the grooming scandal have strained race relations in the town.

He said: “This is extremely worrying and a stark reminder of the impact that grooming scandals have had on northern towns.

“There’s a lot of work to do to improve race relations and if we’re going to build stronger communities then we have to tackle these concerns head-on.”

Suspect, Ryan Lovell appeared at Bury and Rochdale Magistrates court on Monday 27 October and is due to be sentenced for assault.

Zak is an English Language and Journalism graduate with a passion for writing. He is an avid gamer, football fan and music critic. His life motto is “Out of many, one people.”
Adil Ray’s Citizen Khan returns for Series 3
UK bill to ban Sex Selective Abortion