A taxi firm in Rochdale has been taking requests from customers for white drivers. The news led to a number of drivers going on strike in protest to this racial discrimination.

"If you ring up and say 'can I have a white driver?' we will provide one. We are offering a service."

A Rochdale taxi firm called Car 2000 is seeing a rise in customers asking for white drivers, a request that they have been happy to honour.

In May of 2012, nine Asian men were sentenced to between four and 19 years for grooming children as young as 13. This erupted again in August 2014, after a specially commissioned report uncovered 1,400 sexual abuse cases in Rotherham, all carried out by Asian men (read our DESIblitz article here).

The report itself caused much controversy in what many believed to be racist censure towards certain parts of the community. 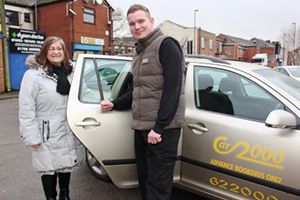 Manager of Car 2000, Stephen Campbell has spoken out in defence of the taxi service: “We have had quite a lot of customers requesting what they call a ‘local’ driver. A bit insane if you consider that most of the [Asian] lads were born in Rochdale.

“We don’t promote anything like this, but if you ring up and say ‘can I have a white driver?’ we will provide one. We are offering a service.

After the policy was initially reported, a number of Car 2000’s drivers went on strike, leading to Campbell revising the practice.

Campbell said: “The drivers were all aware we did this and said they wouldn’t want to pick up a customer that didn’t want them as a driver. But, as soon as they raised this as a problem, I have immediately changed it and have done what they wanted.”

Stephen Campbell added that at least two other firms only employed white drivers, so he has to offer the service to stay competitive: “I would very much like to be told it is illegal and therefore I’ll stop doing it. But I will lose customers who will go to firms that only employ white drivers.” 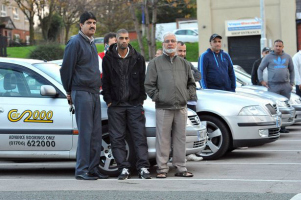 Concerns have now been raised over whether Campbell’s policies are in breach of employment laws. The Equalities and Human Rights Commission are set to investigate the issue, and will contact the taxi firm owner.

A spokesperson for the commission said: “While the law doesn’t prevent individual customers making requests, it is unlawful for an employer to treat an employee less favourably because of the colour of their skin.”

If the drivers of Car 2000 are considered self-employed, the policies could be limiting the income of non-white drivers.

The spokesman added: “Equality legislation covers employees and self-employed people in different ways. As the nature of the relationship between the firm and the drivers is currently unclear we are therefore urgently writing to both Rochdale borough council, as the licensing authority, and the minicab firm to establish the facts in this case and ensure both understand their legal responsibilities.”

The rise in requests for white drivers is but one example of tension following Rochdale’s grooming scandal. Two of the men charged in the scandal that started the trend, were formerly employed by Eagle Taxis, a firm that Car 2000 acquired in 2011. 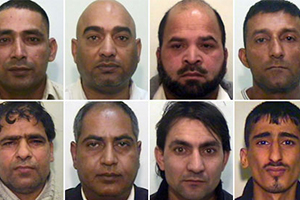 Cases of abuse involving Pakistani men were at the forefront following these arrests and subsequent convictions.

It’s evident that people of all racial origins are capable of child related abuse and other atrocities, however the attitude of mistrust towards British Asians following the scandal is a new issue that needs to be addressed.

In September 2014, Police Commissioner Shaun Wright was forced to resign following the scandal.

The former commissioner headed Rotherham’s children’s services between 2005 and 2010, when many of the cases involved in the scandal occurred. It was thought that the fear of being deemed a racist was what held him back.

A recent UKIP byelection campaign, focused heavily on grooming and immigration, and came close to overturning a near 6,000 Labour majority.

MP for Rochdale, Simon Danczuk, said: “This is extremely worrying and a stark reminder of the impact that grooming scandals have had on northern towns. There’s a lot of work to do to improve race relations and if we’re going to build stronger communities then we have to tackle these concerns head-on.”

It remains to be seen whether Stephen Campbell and his Car 2000 taxi firm will face a serious rebuttal for their ‘unique service’ following the investigation by the Equalities and Human Rights Commission.

Zak is an English Language and Journalism graduate with a passion for writing. He is an avid gamer, football fan and music critic. His life motto is “Out of many, one people.”
Smugglers hunted after £16m Heroin haul seized
Jitendra Lad kills himself after alleged family murder