Well-respected father Jitendra Lad who was found dead in his home is thought to have killed his two daughters and his wife before hanging himself.

"Our investigation will be thorough as we piece together the events that led to the deaths of a local family."

Bradford based Jitendra Lad, 49, his wife Daksha, 44 and their two daughters Trisha, 19 and Nisha 17 were all found dead in their home following the Diwali weekend on October 27th, 2014.

West Yorkshire Police launched a murder investigation on Tuesday 28th October. They cordoned off the house on Blackberry Way, Clayton, Bradford, where the four bodies were found.

Nearby cul-de-sac, Applegarth Road was also closed off as the forensic team arrived to further investigate the area and enter the house through the back garden.

However, officials say they are not looking for anybody in connection with the family’s deaths as they believe father Jitendra Lad to be the one to have killed his wife and two children.

The bodies of Lad’s wife and daughters were found in one room, while his own body was found in a separate room. It is thought that Lad stabbed his family in their beds over the weekend as they slept, before hanging himself on Monday. 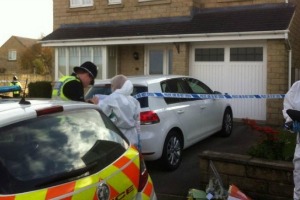 Postmortem results have shown that Lad died of compression of the neck, which is caused by hanging.

The initial police inquiry into the death of the family came after local residents and Lad’s neighbours were alarmed after not seeing the family for many days.

Upon investigating the murders, Detective Superintendent Simon Atkinson said: “This is clearly a significant incident and our investigation will be thorough as we piece together the events that led to the deaths of a local family.”

Atkinson added that he had spoken to the extended family about their findings so far, saying: “They are continuing to come to terms with what took place at Blackberry Way, which has robbed a family of two generations, and specially trained officers are supporting them at this very difficult time.”

While detectives believe Jitendra Lad to be the one behind the murders, the motive is not clear. At the moment there is nothing to suggest that there was something happening within the Lad household that pushed Jitendra over the edge and killed his family.

Both Jitendra and his wife worked for the Bradford council, while the two daughters were currently studying.

Local residents of Clayton, Bradford, have been shocked by the news, but only had good things to say about Jitendra and this family. 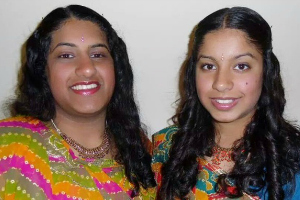 Shop manager Niraj Patel, 49, a childhood friend of Jitendra commented on Lad saying: “He was a very happy, easygoing chap, always with a smile on his face, they were a lovely family. I’m totally shocked.”

He then went on further to say: “I just hope they died peacefully.”

Another local, Barry Hawkins, 62, who delivers newspapers in Clayton said: “I knew the dad. Last time I saw him would be Friday when I did the papers in the morning.”

His daughter, a support worker added: “They were the nicest family in the world.”

As news of the tragic deaths spread, mourners gathered outside the home to leave cards and flowers in remembrance of the family.

Teenagers including friends and fellow classmates of nearby Thornton Grammar School, came to pay respects towards Nisha and Trisha who had attended the school. Trisha was a second year biochemistry student at the University of Leeds.

The investigation into the tragic deaths continues.

Amarjit is a 1st class English Language graduate who enjoys gaming, football, travelling and flexing his creative muscles writing comedy sketches and scripts. His motto is “It’s never too late to be who you might have been” by George Eliot.
Rochdale Taxi Firm offers customers White Drivers
The Asian Media Awards 2014 Winners