A new government bill will enforce the ban on gender based abortion in the UK. Despite it already being illegal, many doctors and cultural communities are feeling the pressure when it comes to the decision to terminate.

"Sex selection is against the law and completely unacceptable."

A new bill, dealing with the issue of gender-based pregnancy terminations is to be presented on Tuesday 4th November 2014, at the House of Commons.

The bill comes with fresh reports of British women of Indian descent terminating female fetuses. Women are said to be under ‘cultural pressures’ to abort female babies in favour of boys.

The Sunday Times reported one woman’s account of being ‘punched in stomach by her husband’ on discovering the expected child was a girl. Another woman spoke of terminating her child because she could not face the ‘curse’ of having a baby girl. 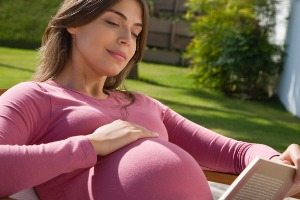 The taboo topic is in fact considered illegal under current British law, namely the Abortion Act 1967. A spokesperson for the Health Department said: “Sex selection is against the law and completely unacceptable.”

The cultural problem is still present within the British Asian community. There are many women suffering pressure from in-laws and husbands to abort females. In particular many mother-in-laws are behind this practice.

Labour MP Verinder Sharma wants perpetrators named and shamed for being responsible for these kind of terminations. He wants this issue to be highlighted in parliament.

However, the British Medical Association (BMA) advised doctors by saying: “There may be circumstances, in which termination of pregnancy on grounds of fetal sex would be lawful.”

An investigation carried out by The Telegraph in 2013, uncovered two doctors offering to terminate pregnancies on the grounds of gender. The Crown Prosecution Service opted against prosecuting the doctors, stating it would not be in ‘public interest’.

Following the investigation, the BMA said: “It is normally unethical to terminate a pregnancy on the grounds of fetal sex alone.

“[However] the pregnant woman’s views about the effect of the sex of the fetus on her situation and on her existing children should nevertheless be carefully considered.

“In some circumstances doctors may come to the conclusion that the effects are so severe as to provide legal and ethical justification for a termination.” 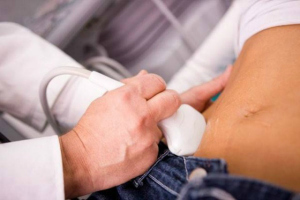 MPs are reportedly revising the current Act to deal with the issue that largely involves British families with ‘their roots in the Indian subcontinent.’

Some lawmakers have suggested doctors should withhold information of a fetus’ gender until late in the pregnancy.

Conservative MP, Dr. Sarah Wollaston somewhat disagreed with the proposals. She said: “There should be a consultation on whether it is suitable to withhold information about gender during those early scans.

“It would be excessively draconian to say that a woman cannot know at all, but the idea of postponing that information needs to be part of the discussion.”

“Until people acknowledge that there is a problem you will not change anything. Ultimately the solution to this issue lies within the communities themselves.”

Although research by the UK Department of Health has not found evidence of a higher birth rate of boys, ‘anecdotal evidence’ suggest such terminations are being conducted in secret.

A study by Sylvie Dubuc supports this notion. The Oxford University, department of social policy and intervention study, found the boy/girl ratio from Indian-born mothers was 114:100. This figure was noticeably higher than the ratio for all women, at 104:100. 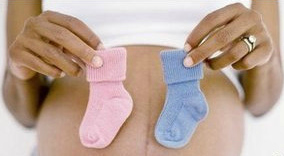 Sylvie Dubuc said: “We calculated 1,500 ‘missing’ baby girls over a 15-year period. So based on the findings of the 2007 study, and in the absence of strong evidence for the most recent years, the maximum number of estimated ‘missing’ girls is likely to be about 100 per year. But we need more data to clarify the current situation.”

Conservative MP, Fiona Bruce has drawn up the new bill. She said: “Under current legislation, the BMA cannot be obliged to abide by the government’s interpretation of the law. The bill would remove all doubt.”

Fiona is positive that she will have the support she needs. Cameron also spoke about the topic in March 2014, saying: “It is a simply appalling practice, and in areas such as that, such as female genital mutilation and such as forced marriage, we need to be absolutely clear about our values and the messages we send and about these practices being unacceptable.

“The Government have made clear that abortion on the grounds of gender alone is illegal.”

More does need to be done to stamp out this horrific practice of girls being aborted and those responsible brought to justice, specifically within the British Asian community.

It is now expected that the new bill, condemning sex selective abortion in Britain, will be successfully enforced once and for all.

Zak is an English Language and Journalism graduate with a passion for writing. He is an avid gamer, football fan and music critic. His life motto is “Out of many, one people.”
Rochdale taxi driver Javad Iqbal stabbed
Man Tortures and Kills his Daughter’s Rapist