A rapist was tortured and killed by his tenant after allegedly sexually assaulting his 13 year old daughter while she was alone at home.

The father cooked dinner for the lodger, before torturing him.

On Saturday 1st November 2014, a man was arrested in Delhi on charges of murdering a tenant who resided in his house, because he believed the man had raped his 13-year-old daughter.

The father, who cannot be named for legal reasons, reportedly cooked dinner for his 45-year-old lodger before torturing and killing him.

The 36-year-old father of six told his wife on the evening of Friday 31st October 2014 that he needed to talk to the tenant.

His wife and the children were to sleep on the ground floor, away from the conversation which would take place on the first floor.

According to the account that the father later gave to Delhi police, he tied and gagged the tenant in the 6ft by 8ft room and burnt his genitals repeatedly with a heated steel spatula. This torture ended in the lodger’s death.

At 3.45am on Saturday 1st November 2014, the father turned himself in to Delhi police. He said that the man deserved the punishment for raping his daughter. 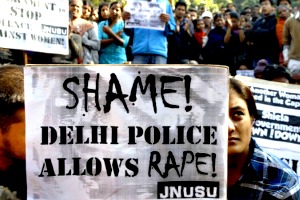 The accused told police: “I burned his genitals once, he screamed. I did it again, he shuddered. When I did it the third time he did not move.”

The accused has apparently stated that he did not mean to kill his victim. However, the police account suggests he had been planning murder since discovering that the man had attacked his teenage daughter.

Police stated: “Based on his statement, we sent a team to the spot and recovered the body. It has been sent for a post mortem examination and his family have been informed.

“A case of murder has been registered and the man has been arrested.”

The rape of the 13-year-old girl is thought to have taken place two months before the alleged murder of the lodger. Reportedly, it occurred one night whilst the girl was home alone. On finding her unprotected, the lodger bound and raped her, threatening her with severe consequences if she told anyone.

Less than two months after this attack, the teenager found that she was pregnant.

The girl’s mother is quoted as saying: “She started complaining of morning sickness and dizziness. We took her to a doctor and we were told that she was pregnant. We were shocked.” 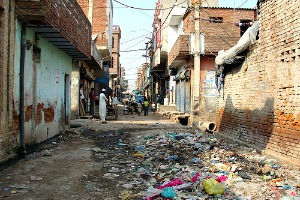 When her pregnancy was discovered, the young girl told her parents about the rape she had been keeping secret, and told her father who was responsible.

The daughter is quoted as saying: “At first he was very angry with me. When I told him it was the tenant, he said he would teach him a lesson.”

The victim’s grandfather said of the alleged rapist: “We are from neighbouring villages in the central state of Madhya Pradesh. We had known him for a long time and treated him as a member of our family.

“We had no idea he would betray us like this.”

Though the father’s retribution was violent, rape has been a massive issue in India since for a long time. In 2013, 93 rapes were reported every day.

This leads some in the family’s home of Khajuri Khas to sympathise with the alleged murderer. Mohammad Ayub, who works near the crime scene, said: “Any father would do that.”

This sentiment is echoed by his colleague Noor Mahammad: “What he did was right. He should be freed.”

Meanwhile, Inspector Arvind Pratap Singh, who leads the investigation, said: “I understand that everyone’s sympathy is with him, but we’re duty bound. He has committed a crime, he will have to face the law.”

As yet, the man’s name has not been revealed, but he is thought to be facing trial soon, subject to further police investigation.

Eleanor is an English undergraduate, who enjoys reading, writing and anything media related. Aside from journalism, she is also passionate about music and believes in the motto: “When you love what you do, you’ll never work another day in your life.”
UK bill to ban Sex Selective Abortion
Winners of the GG2 Leadership Awards 2014