Sex selective abortions remain a huge problem for India and its citizens. The number of female foeticides is scarily high and more needs to be done to encourage gender equality across the nation.

Unsafe abortions and terminations remain a major practice in India, especially when it comes to the discovery that an unborn child is a girl.

This is despite pre-natal scans and sex selection being banned in India for almost two decades. So why are such practices still in place?

It is no surprise that with boys being favoured over girls, abortions of unborn females are rife in India. Old cultural views and traditions are still strong in many parts of the country, where a girl means both a financial imposition on the family (in terms of a dowry), and the loss of a family heir. 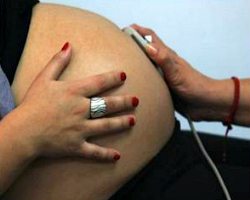 It has been revealed that states including Rajasthan, Orissa, Bihar and Haryana are the most common areas where female foeticides are at a record high.

Shockingly, in the last twenty years, nearly 1 crore female foetuses have been aborted in India, equivalent to 10 million unborn children being denied the chance to live.

The female population of India is dramatically being affected by the practice of sex selective abortions. The 2011 census of India highlights that the number of girls aged 0-6 for every 1,000 boys has decreased from 976 in 1961 to 914 in 2011.

But the reason for the decline in female numbers vary. Experts believe that they are due to neglect, high maternal mortality and the killing of female babies and foetuses. This ‘dramatic fall’ in the sex ratio at birth has been highlighted by the UN as a ‘significant concern’ for India.

According to the British journal Lancet paper in 2007, there were 6.4 million abortions in India, of which 3.6 million or 56 per cent were not safe.

Data on maternal mortality ratio (MMR) and Sample Registration System (SRS) produced by Ipas in India, says a woman is being killed every two hours due to unsafe abortions.

Vinoj Manning, country director of Ipas says that such abortion-related deaths are under-reported, so the numbers could be even higher.

Abortion laws in India allow for the termination of an unborn child up to 12 weeks of pregnancy without any disclosure of the gender. The sex of the child can be determined only after 14 weeks of pregnancy and sex-selective abortions are actually illegal.

However, many medical practitioners circumvent the law and illegally practice sex selection and subsequent selective abortion.

Black-market sex-selection checks take place where ultrasounds are provided privately for cash payments and even abortions are being conducted in the same manner. In the absence of safe legal options, women opt for these kind of backroom procedures, which can prove fatal. 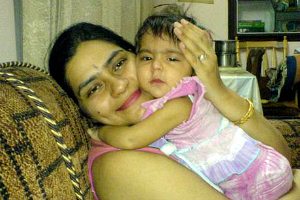 Abortions are not always the choice of the woman carrying the child. Many take place due to the demands placed on them by their husband or in-laws.

One such example was Mitu Khurana abortion-related deaths, a 36-year-old doctor from Delhi. Dr Khurana was the sad victim of a backlash from her own husband and in-laws when she found out she was pregnant with twin girls. She was tricked by her husband to have an ultrasound scan in order for him to find out the gender of her babies.

Subsequently, she was verbally and physically abused by the entire family, she was locked in a room, pushed down the stairs, denied medication and bed-rest, deprived of food, ignored and pressured her to have an abortion.

“They said I should have an abortion because I was an educated woman and would not want a third child… [which would mean] no son to carry on the family name. They also said they would have to pay a dowry to get the daughters married.”

Her case became of national interest because she decided to bring a criminal case against her husband, his mother and brother and members of the medical establishment who revealed the sex of the twins. 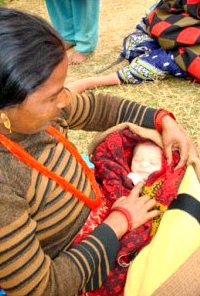 After bringing the proceedings against her husband, she left him and had the girls on her own and now lives with her parents. However, not all Indian women are as strong or independent as Dr Kuhrana and this is where the problem lies.

Most Indian women and girls forced to have sex selection and abortions are from poor and rural families and have very little choice in their own lives. As a result they completely abide by what is requested of them.

So how can the situation improve? One answer is better education and the other is drastic changes to Indian laws.

Ultrasounds are the most popular way of determining the sex of a child and the number of ultrasound centres in India are increasing. Almost 4,431 ultrasound machines were sold in India in 2011 and the market is estimated to grow further from approximately Rs. 720 crore today to Rs. 1,500 crore in 2015. A worrying trend with respect to sex-selection.

The Ministry of Health in India is empowering medical authorities to tackle the menace of female foeticide by notifying a set of stringent rules under the Pre-Conception and Pre-Natal Diagnostic Techniques (Prohibition of Sex selection) Act (1994) for monitoring ultrasound centres around the country.

Doctors are also being targeted by the new rules. State governments will be liable to submit details regarding the conviction and charges on law-braking doctors to the State Medical Council within seven days of getting a certified copy of the judgment.

Amendments to increase the availability of safe and legal abortion services are also being proposed to the Medical Termination of Pregnancy (MTP) Act. The MTP Act (1971) enabled women to undergo abortions with specific conditions. It was changed in 2003 to facilitate better implementation and increase access for women, especially in the private health sector.

Will these changes be enough? Or are they just a knee-jerk reaction to a problem that is now way out of control and severely affecting the future of India’s female population?

Either way, something has to be done to stop this cruel and unjust practice of killing unborn children just because they are female.

Priya adores anything to do with cultural change and social psychology. She loves to read and listen to chilled music to relax. A romantic at heart she lives by the motto 'If you want to be loved, be lovable.'
Sex and the Indian Woman
Justice for India’s Daughter for Delhi Gang Rape