Sex Buyers in India being targeted to tackle Sex Slavery

"The buyers are the ones creating demand. Girls will continue to be sold until buyers are criminalised."

In an attempt to stop the looming threat of sex slavery in India, state governments are now honing in on a new target – sex buyers. Andhra Pradesh will become the first state to criminalise them.

On 12th January 2018, its government issued an order to penalise consumers of the sex trade.

The order looks to create a new law that campaigners believe is necessary to tackle the growing number of women and children forced to enter sex slavery.

The state government asked a panel of legal experts and campaigners to review laws, analysing which of these can apply to sex buyers. They will then make recommendations on how the new targets can be criminalised.

This panel will meet with the chief secretary once every 3 months. Where they will review the situation of trafficking and sex workers. Meanwhile, the panel will also explore how they can create new measures which will support victims.

At the moment, India has laws against human trafficking, sexual abuse and working brothels. There are also systems in place to penalise pimps, brothel managers, and traffickers.

Despite these laws, sex slavery is still a major issue in the country, where many women and children face a harrowing lifestyle.

Sunitha Krishnan, a panel member, believes sex buyers are a major reason why the trade continues to flourish. She said: “The buyers are the ones creating demand. Girls will continue to be sold until buyers are criminalised.”

Therefore, she and many others hope the new order will make a huge impact. Not just on the sex trade within Andhra Pradesh, but that other states will take similar action. As throughout India, the number of sex workers and trafficked slaves grows.

A 2013 report by four non-profit groups revealed that there were an estimated 20 million sex workers in India. The report also showed how 16 million women and girls were victims of trafficking.

In recent times, studies and cases highlight how this issue still runs rampant. For example, one review reported the increasing problem of underage sex workers, particularly in Mumbai brothels. 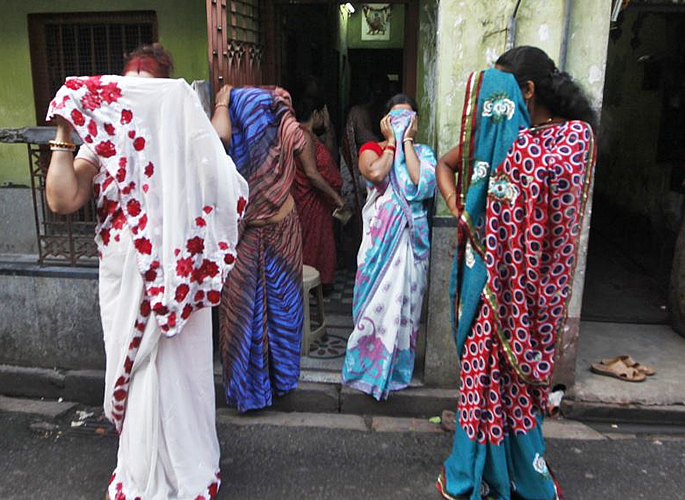 Indian police also uncovered how a large number of women and children are trapped in ashrams; supplied with drugs and forced to work in the sex trade. Should sex buyers become criminalised, it’s likely these scenarios will decrease.

Various cities are also tackling the threat of sex slavery, ensuring its officers crack down on secret brothels. In the twin cities of Bhubaneswar and Cuttack, they have witnessed the trade decline in 2017, compared to 2016.

The reason for this could lie in the number of sex rackets busted throughout the two years. In 2016, officers discovered 29 sex rackets in both cities, with an additional 17 in the following year. With these busts, police have also rescued women and girls.

“We also strengthened our intelligence gathering systems in different localities. This instilled a sense of fear among racketeers.”

However, despite their efforts to tackle sex slavery, the officer noted one potential obstacle to their plans – residential, rented brothels. Satyabrata explained:

“Since most of the owners stay outside they give their flats on rent for good money. Pimps opt for lonely residential places. It is difficult for us to check each and every house. So we are heavily dependent on the input from our local contacts.”

He admits that this issue could stagnate their attempts to stop the sex trade. However, in 2014-15, the police made it an obligatory duty for the public to provide details on any tenants in their properties.

With the attempts made by Andhra Pradesh and Bhubaneswar/Cuttack, one can see how India is slowly combatting the sex trade. By targeting sex buyers and regular crackdowns, this could suggest proper action is being taken.

One hopes this will spread to the rest of India – perhaps then we will see a real change to this troubling issue.

Indian Doctor jailed for Sexually Abusing Female Patients
Is Sexual Assault by Indian Doctors in the UK related to Culture?