Ashrams and Drugs: trapping thousands of Indian Women and Girls

Police raids across India have uncovered how ashrams of a ‘spiritual university’ trapped hundreds of women and girls. It highlights the enslaving by Baba Virendra Dev Dixit for a sex racket and human trafficking.

"It was full of hidden cells. The entire structure was built in a maze-like fashion."

Across India, police have raided ashrams of a ‘spiritual university’, which trapped hundreds of women and girls. The raids have exposed the sex racket run by Baba Virendra Dev Dixit, a so-called guru.

But this highlights how potentially thousands more are enslaved by these ashrams and drugs.

In addition, police recovered massive supplies of syringes and drugs around the property. The hidden women also acted dazed, with officers suspecting they were drugged.

The Delhi High Court issued the raid after an NGO, along with parents of 3 girls, approached them, claiming women were raped at these locations.

The Delhi Commissioner for Women (DWC), named Swati Maliwal, described the horrid condition these individuals lived in. She explained:

“It was like a fortress. Once we managed to enter we could only walk four steps to another metallic gate, and then five steps later another huge locked gate. It was full of hidden cells. The entire structure was built in a maze-like fashion.” 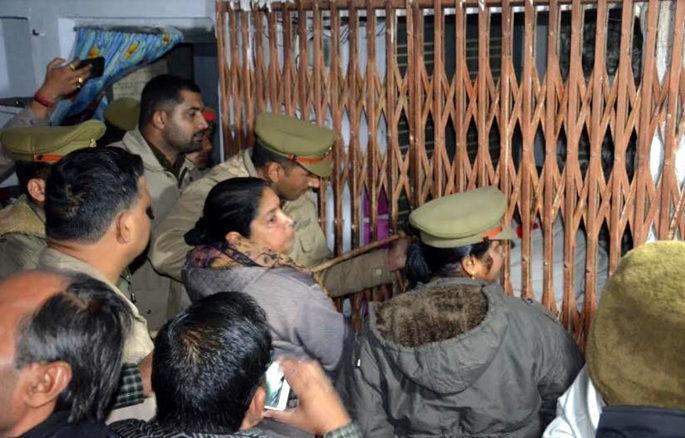 Advocate Nanita Rao also explained how the women lived “in animal-like conditions, in dark spaces with no sunlight and metal grill, with nowhere to exit. The sleeping area is also monitored and the girls have no privacy.”

The DWC took part in five of the raids, which has now found roughly 250 women and 48 girls. However, authorities believe thousands more are still trapped.

Swati also revealed how some of these women refused help to leave. Young girls also provided little information to officers, as she says:

“We ask where they’re from, they can’t say. We ask them the address of their parents, they don’t have that. We ask how long they’ve been there, they give evasive answers.”

Since the raids, details have emerged on the hardships these women faced. Some had lived in these ashrams for decades and told to have no contact outside, as the guru deemed it a “sin”. 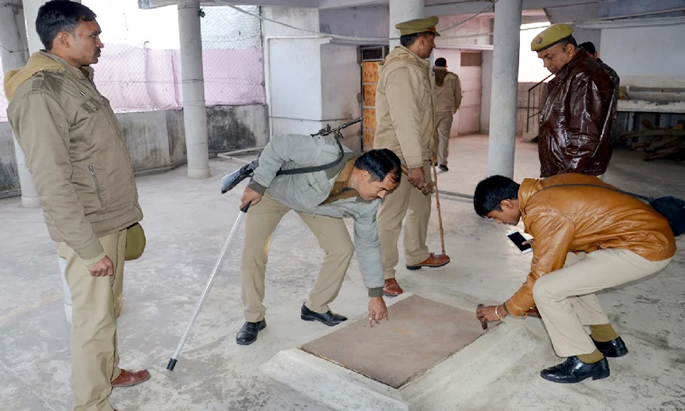 Reports also add that he would regularly rape both women and girls, with some claiming he aspired to sleep with 16,000 females. One inmate allegedly told The Indian Times:

“They used to tell us that if we interacted with the outside world, we would be committing a sin. They kept telling us we would not survive. The baba had told me that I was one of his 16,000 ranis. He raped me on several occasions.”

Residents living nearby also made allegations that some of the minors were trained as sex workers.

One former female resident of an ashram revealed:

“After doing a class he would go to his room where only young girls stayed. We would see him sleep only with the young girls. He never slept or stayed with any men. They had separate rooms.”

After police rescued the women and girls, many of them underwent psychological treatment for the abuse they suffered. 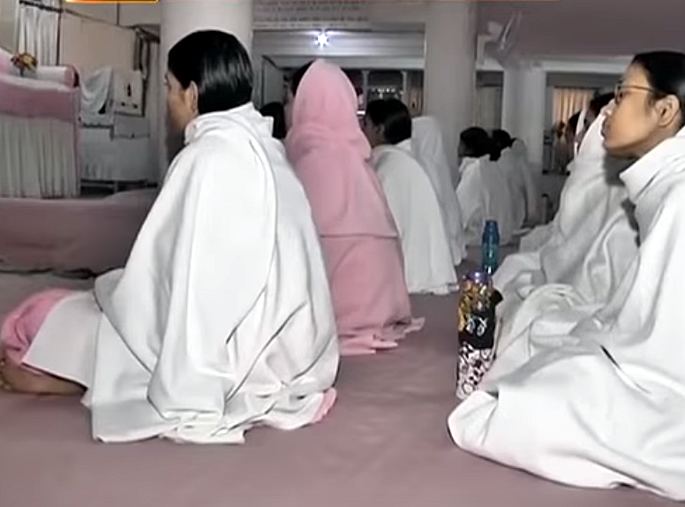 Many will wonder how these individuals became trapped. Baba Virendra Dev Dixit would supposedly persuade his followers to send their daughters to his ashrams permanently.

India Today added that these girls would have to sign a paper saying they wanted to stay with him, once they turned 18.

When families or relatives tried to intervene and get their daughters or sisters back. The girls would be afraid or too stubborn to leave. Leaving parents distraught that they cannot see sense to move away from the ashram which is captivating them.

This video by India Today Social in Hindi, shows two of the women giving their account of their experiences in the ashram:

The guru himself remains wanted by police and is on the run. Officers have also discovered he failed to register AVV with the government.

Meanwhile, a spokeswoman for the organisation has declined to comment.

This case has a striking similarity to that of Baba Ram Rahim. The spiritual leader was sentenced to 20 years in jail for raping two of his female followers.

As a result, this highlights the massive influence these self-styled gurus have in India. Not just with their followers, but with politicians who hope will help them with votes.

With this power and influence, some argue it becomes unlikely that police tackle any criminal activity these leaders partake in. However, this case highlights how things need to change.

As more emerges from the investigation, one hopes the Indian government will take appropriate action to combat this issue. Ensuring to save Indian women and young girls from this harrowing and deceptive lifestyle.