Memories of 1947 Partition with Rami Ranger

"One minute you’re living happily and the next minute your father is killed, and you become destitute"

The 1947 Partition of India and Pakistan transformed the lives of an entire generation of men, women and children. Amidst the chaos and displacement of so many millions of citizens, families were torn asunder.

Those uprooted from the homes of their forefathers were forced to start anew in a foreign land, and for many, it left a deep impact on the rest of their lives.

In particular, the Partition left a lasting impression on one Indian man who overcame the hurdles of poverty and displacement to become one of the UK’s prominent business men.

While he has lived in the UK for much of his life, his family roots can be traced back to pre-Independence Gujranwala, where Rami was born in July 1947. 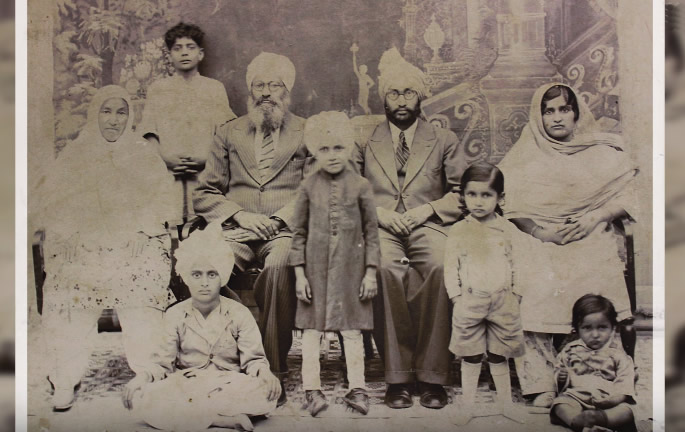 The youngest of eight children, Rami was only a baby when India was split into two parts to make way for the creation of Pakistan. As he explains to DESIblitz:

“I’m a posthumous child. Someone born after the death of his father.

“My mother was 7 months in her pregnancy when my father was assassinated for opposing the break up of India in 1947.”

Rami’s father was Sardar Nanak Singh. He was a local leader and held much respect in Gujranwala where the family was based. The city is now situated in Pakistan’s Punjab. Singh was a prominent freedom fighter who was very supportive of India’s independence from British rule.

He was less approving, however, of India’s division to make way for a new state that would be Pakistan. As Rami describes:

“Because he was a man of vision, he was a visionary, he could foretell the consequences of religious disharmony. He pleaded with the then Muslim leaders not to cut and run.” 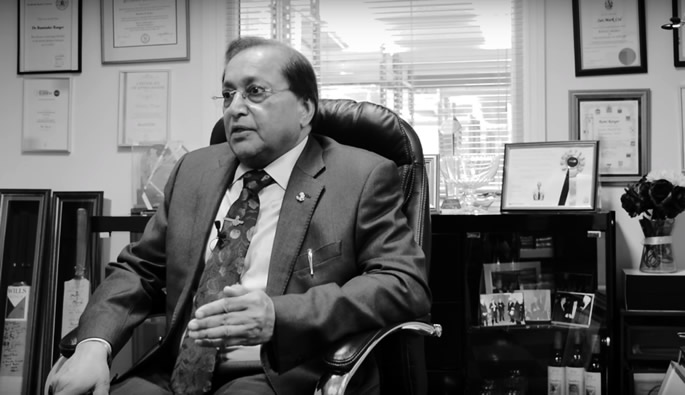 Singh believed that post-independence, Indians would have the freedom to create their own destiny together and be allowed to govern themselves as they wished. His dream was of a united India that would grow and prosper with all religious sects working together. He once said:

“India’s diversity is like the colours of a rainbow. Its charm and beauty would be diminished, if one were removed.”

This idealistic vision would forgo what he believed would be a deadly and irreparable separation between Hindus, Muslims and Sikhs, who until that point had lived as neighbours and friends:

“Not only dividing India but the Muslims of India, rendering them weak forever.

“He gave a lot of justification. But a lot of people could not understand his vision of a united India, free of rivalry.”

Rami’s father was eventually assassinated while he was in Multan, trying to help some students who were caught up in the communal riots against Partition. The 42-year-old was “set upon and stabbed to death”.

The brutal murder of a prominent leader within the community led to an escalation of violence amongst the religious sects, including minorities of Hindus and Sikhs.

Eventually, Rami’s widowed mother was to make a crucial decision. She took a two-month-old Rami and her seven other children and boarded a refugee train from Gujranwala to Ferozepur. 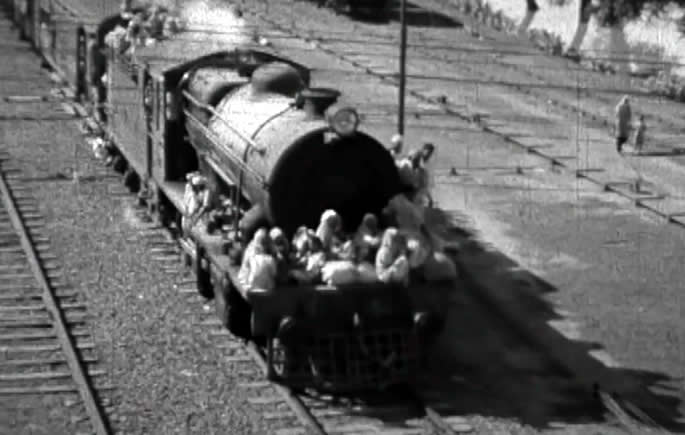 This was not without difficulty, however. With so much chaos amongst locals, refugee trains were packed to the brim with men, women and children carrying as many of their belongings as they could manage. Many sat on the rooftops of the trains or hung from the sides.

With eight young children by herself, Rami’s mother approached the engine driver and pleaded with him to give them room to sit. Because the late Sardar Nanak Singh’s reputation was so great, and because he had been assassinated, the driver took pity on her and allowed the family to sit upon the coal tender.

Needless to say, by the time the train arrived at the station in Ferozepur, the family were covered in soot, almost unrecognisable.

Their stay in Ferozepur, however, was only temporary, as flooding meant mandatory evacuation of the city. The family then travelled to Patiala, where Rami’s aunt lived. There, many refugee camps had been set up to accommodate the swell of people crossing the borders.

From there, Rami’s mother was able to find some work as a kindergarten teacher, teaching ABC’s to 4-5 year-olds. While she was able to hold a steady job, they lived in extremely humble circumstances:

“We were very poor and could barely eat food. My mother would go out and get castaway clothes from rich people. She would alter them and give them to us. We managed somehow.”

He adds that their escape from their reduced circumstances was through education. Rami’s mother believed that studying was the only way to get out of poverty, and she encouraged all of her children to work hard. Her advice left a lasting impact on the young children. As Rami explains:

“All my brothers and sisters, they were very very committed and sincere. They knew what has happened [was] a catastrophe. You know, one minute you’re living happily and the next minute your father is killed, and you become destitute.” 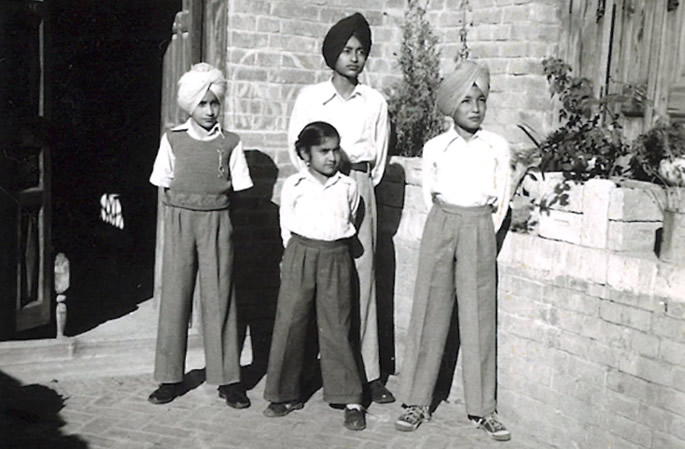 Rami’s eldest brother was eventually selected to go into the army as a Lieutenant cadet at the age of 16. His success paved the way for the other boys of the family, and finally, five of Rami’s brothers ended up joining the army, much to the family’s pride. They fought in three wars.

Rami’s own childhood was very different from his siblings. As the youngest child, he admits that he was very spoilt:

“My mother gave me too much love because you know for her I was a toy, and I could keep her mind away from her husband.” 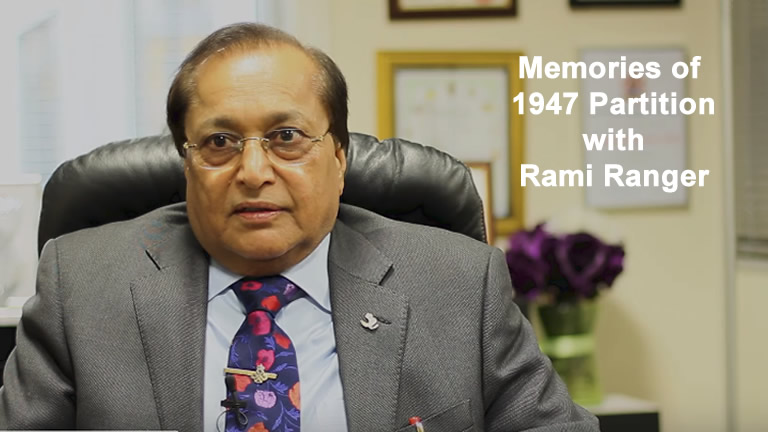 As the family started to become more affluent, the family moved to Chandigarh. Surrounded by relative luxury and comfort, Rami adds that he paid very little attention to his studies.

Describing himself as a very mediocre student, he graduated from Punjab University with “great difficulty”. Despite this, in 1971, Rami Ranger emigrated to the UK, and since then has achieved wealth and success beyond his wildest dreams.

He remains, however, extremely grounded by his family’s Partition struggle. The sacrifices of his parents are a continual reminder for this businessman that success cannot come without hard work and determination.

In 2014, Ranger wrote an autobiography, From Nothing to Evertything, where he recollects how 1947 Partition shaped the course of his life. In the book, he writes:

“My story shows that one does not need a rich father, an elite education or the old schoolboy network to help one in life. What one needs is self-respect, work ethics, commitment, vision and empathy for others.”

In tribute to his late father, Rami also founded The Shaheed Nanak Singh Foundation which recognises those individuals who work for religious tolerance and cohesion and bring glory to India and Indians.

Rami’s incredible life journey shows how one’s fortunes can be transformed for better or for worse by events beyond their control.

The Partition generation, which endured so much loss and grief have become inspiring for us all. They show how we can overcome the hurdles in our path. And by doing so, carve out our own destiny.