“We find real Indian clips more interesting because they are people like us.” 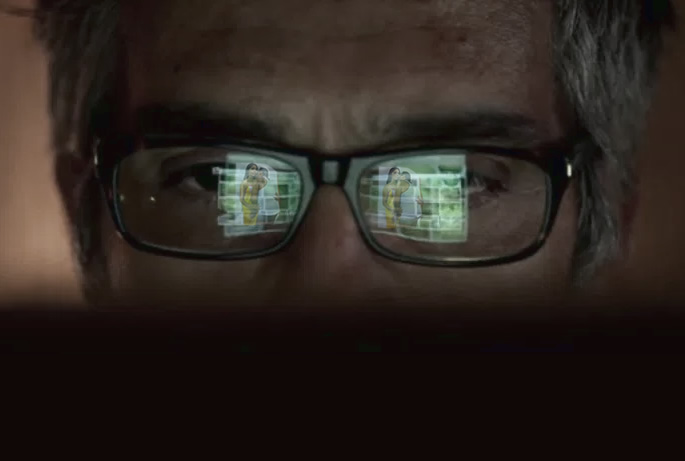 In India, though watching pornography is legal, producing, publicising and distributing such material contravenes Indian laws.

Indian law classes pornography as an “obscenity” and is explicitly mentioned in Section 292 of the Indian Penal Code.

Amateur pornography has slowly crept its way through to Indian territory. Millions of Indians are becoming aroused over couples’ intimate moments online.

In the early 2000’s, the camera phone was introduced. Though it came with its perks, it also began to pose serious threats to privacy.

But why does our generation, in particular, enjoy watching novice performers in substandard, often clumsy erotica?

According to an earlier report from The Times of India, MMS “may become favoured ‘vehicle’ of pornography.”

This can have dire consequences, as was the case for a couple in Kerala who reportedly took their own lives after a video of them kissing circulated via MMS.

More disturbing cases have been brought to the surface.

There was a stark contrast in public reactions. Whilst many were outraged at Delhi Metro, others were shifting their attention to the participants and putting their ‘promiscuous’ behaviour on blast.

The Thrill of Secrecy

There are some who genuinely appreciate the thrill of getting ‘caught’, especially within reserved Desi communities.

One Indian woman, who posts her intimate photos on the subreddit, shares her motives:

“I started it with my old boyfriend a couple months ago, and once we broke up I kinda just got back into posting.

“As for the reason – I was born in India but was lucky enough to move to rural America when I was in my teens, and grew up being stigmatised, and told I was gross etc because of my skin colour, etc, so I guess it’s one of my own ways to feel validated?

“I guess overall it’s a mix of thrill and scare that someone who I actually know will find me.”

A South Asian male user mocks the idea of getting caught by a family member:

“Actually, the more I think about your question, the more it amuses me. If someone here happens to figure out who I am, then they will have a lot of explaining to do about browsing through the depths of this subreddit.”

Despite his derisive response, he and the majority of users were careful not to disclose their identity by only providing body shots.

Though attempts at regulation have been made, nothing can guarantee complete protection of the individual and their photographs on such sites.

The number of images posted of young Indian women taking semi-nude photos of themselves in their bathrooms or bedrooms on their phones has significantly grown.

The desire to be ‘liked’ online in such a graphic way has also reached Indian youth.

“I’ve sent lots of images of me in my undergarments and nude shots from my phone to my boyfriend and so has he. It makes us feel sexually closer. We both know it is so dangerous! But cool too!”

The ‘excitement’ of contravening social rules and regulations is a constant appeal.

The ‘self-validation’ approach also appears to be increasingly popular for many Desis, which although can be empowering for some, highlights a more serious problem regarding South Asians and the conventional standards of beauty.

There are many other dedicated forum sites which have members regularly sharing explicit clips and images.

It’s not just the desire to see ‘real’ men and women engage in sexual intimacy that entices millions of Indian viewers.

The ‘honour’ mentality is most prevalent in South Asian communities, where the concept of respect and shame carries great significance.

However, the problem is that of how to report such violations.

For an Indian woman to report such a crime, strength and perseverance are essential.

A typical view of Indian law enforcement on the ground would be, “why did you take such photos in the first place?” – Implying that such violations are the fault of the source and not of the perpetrator.

An example case is that of a female Indian student in New Delhi who took her own life in April 2017, after her boyfriend threatened to leak personal videos online. He and the police were branded as responsible for her death due to lack of support.

Incidentally, the first case of such a conviction taking place was in March 2018 where Animesh Bakshi, from West Bengal, was jailed for sharing photos of his ex-girlfriend.

In addition, there is also the increase in Indian vendors selling videos featuring criminal acts such as gang rape in seedy shops at a price range of Rs 50-150 (£0.57-1.70), depending on their ‘exclusivity’.

“This is why you should never record a video of yourself having sex. You never know when you might get your phone/laptop stolen and next thing you know it’s on the internet.”

* Names have been changed for anonymity