The Rise of Impotence and Erectile Dysfunction in India

An increase in impotence and erectile dysfunction is becoming a concern for men in India. We take a look at causes, the impact and helpful treatments.

In an age where sexual satisfaction is becoming a growing need in India, the issue of rising impotence and erectile dysfunction is being highlighted as a concern.

Impotence and erectile dysfunction are a condition where a man finds it difficult to maintain an erection to have sexual intercourse.

Thus, Indian men are not likely to openly get help for issues related to their manhood of this nature openly. Therefore, this is developing into an unhealthy growth of such men who are in need of help.

India has been dubbed the ‘impotence capital of the world’, not just in numbers but also in prevalence rates.

According to Dr Sudhakar Krishnamurti who set up the first andrology centre in India in 1989, impotence is affecting over 50% of Indian men over 40 and 10% of those aged below 40.

Another report has concluded that 1 out of every 10 men in India could be impotent, which is a very alarming figure.

The rise in impotence is beginning to affect relationships and marriages. It is taking its toll both on the suffering men and women partners.

We take a look at the impact of the rise of impotence and erectile dysfunction in India, causes and treatments available. 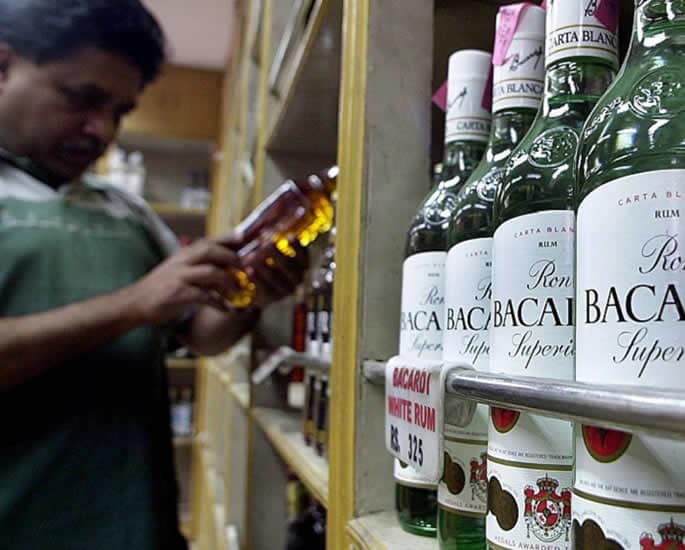 There are a number of issues related to the health and lifestyle of Indian men being seen as contributors to impotence and erectile dysfunction.

Medical research has found that obesity, excessive smoking, alcoholism and drug abuse amongst men are examples of contributors towards impotence.

Heart ailments in India are on the rise and there is a direct correlation to the increase in levels of impotence.

However, the highest contributors are seen as diabetes, high lipids, hypertension, high blood pressure and cardiovascular diseases, especially in men over 40.

Diabetes, in particular, is seen as a disease which is aiding the growth of impotence in India.

According to Dr Deepak Jumani, the most common complication of diabetes is erectile dysfunction (ED).

In research conducted by Dr Jumani, he compared diabetes results in India and those of China and other countries and concluded:

“We compared all these results with data from China and other countries.

“Conclusions: India ranks highest in the prevalence of Diabetes.

“In men, ED is the commonest complication, hence, India is Erectile Dysfunction capital of the world.”

Increases in stress, hypertension and sedentary lifestyles are also seen major contributing factor to the impotence in Indian men in all age groups.

Therefore, these health and lifestyles issues need serious attention when it comes to Indian men’s health in order to combat the growing problem of impotence and erectile dysfunction.

Depression, anxiety and other mental health issues can contribute to impotence as well. Some medications prescribed for mental health problems can have an impact on sexual abilities like not being able to maintain erections.

In the majority of cases, it is an unhealthy lifestyle which can be the culprit.

Impact on Marriage and Relationships 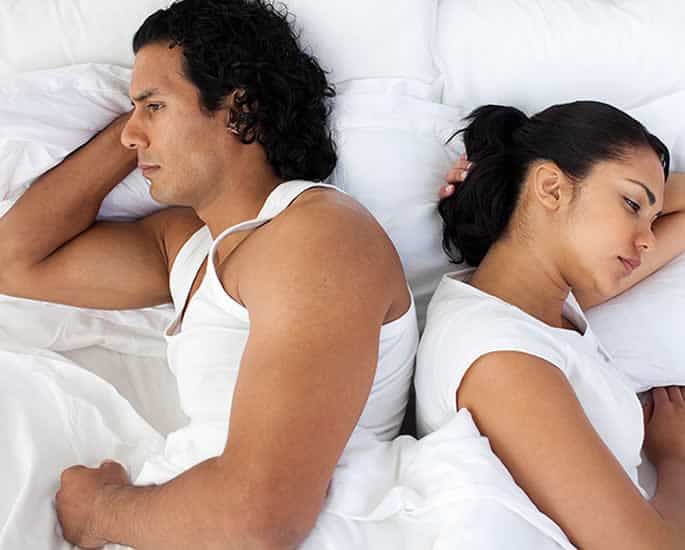 Figures say about 20-30% of Indian marriages are failing due to lack of sexual satisfaction.

This figure is not just referring to newlyweds but those even who are middle-aged and with grown-up families.

Then there are those who continue to suffer in silence without getting any help.

Issues with sexual communication, acceptance, expectations are all part of the equation in India that needs to be solved with impotence being a key variable.

Indian men tend to correlate their masculinity with their sexual prowess and ability to perform. Their ego can lay in their genitals.

Therefore, men having to deal with the onset of impotence and erectile dysfunction can take on a huge toll on expectations of them.

Being the man, they should be able to perform sexually but when they cannot the strain on their relationships can be huge.

Especially, in a marriage. Where traditionally, Indian men are seen to be pivotal in a sexual relationship.

In addition, Indian women are now a lot more educated about sex and more open to their needs in the bedroom.

Dr Krishnamurti expands on this and says:

“There is a whole new openness about things. People are more willing to talk about sex; it isn’t a taboo subject.

“Before you couldn’t talk about oral sex, now it isn’t a big deal, and people are increasingly experimental.

“You have missionary position aunties trying out garters and whips to rekindle the spark in their sex lives.”

Hence, adding more pressure on Indian men to meet the needs of partners.

To hide the issue, men tend to blame the partner in the relationship for being obsessed with sex, being too demanding or for not turning him on.

This results in a gradual distance sexually in the relationship rather than dealing with the problem.

“Our sex life is over very quick and over within minutes.”

“He provides me with material comforts and in his mind, our sex life is great without realising I too have sexual needs.

“So, our marriage is a façade of happiness which is a big lie when it comes to our sex life.”

Ameena Javed, who is in a relationship, says:

“My boyfriend has only started to have issues with impotence over the last year.

“At start, we thought it was nothing but gradually it became worse and I saw the effect it had on him. It was not good. Our sex life was impacted.

“So, I told him we have to get medical help. At first, he was very reluctant but as I was supporting him I went with him.

“Now, he is getting treatment, it has made a huge difference to him and us.”

Problems Having a Family 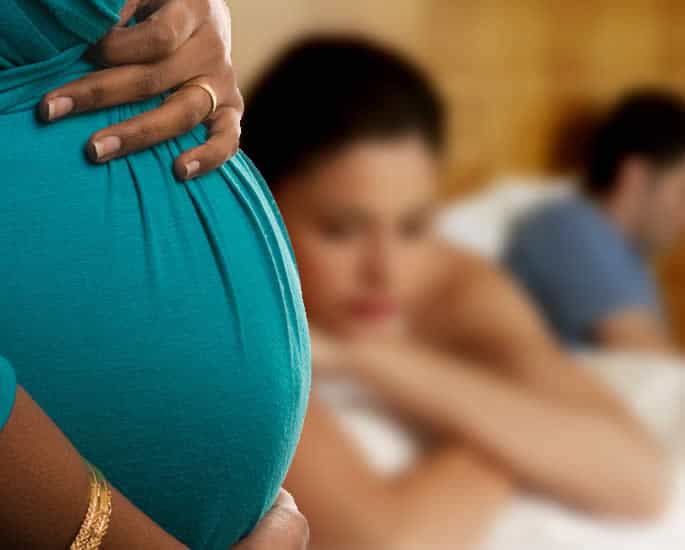 While impotence and erectile dysfunction have a major impact on the sex life in relationships and marriage, it also impacts a couple when it comes to having a family.

Once a couple gets married, the Indian pressure put on them to start a family increases tenfold.

This pressure can become a strain on a couple trying to conceive if the man is suffering from impotence and is finding it very difficult to have sexual intercourse.

“When I met my husband, he boasted about the many ex-girlfriends he had in the past.”

“So, I assumed he was sexually experienced.”

“He showed me tremendous affection, respect and love which led us to get married fairly quickly.

“But I only found out about his issue after our marriage and to save our marriage I have tried to conceive, to keep face to my relatives and my in-laws.

“When it comes to me he portrays himself as a caring and loving husband. But in reality, our intimacy is non-existent.

“It gets awkward, he even says he has a ‘headache’ or ‘not feeling well’ to avoid the issue of his impotence.”

“To help, I even collected his semen in a syringe and tried to inseminate myself with it.”

This in return raises the question as to whether there is a connection between the excessive use of pornography and impotence.

An article published in 2016, highlights that more and more young men are seeking help for erectile dysfunction, and this could be due to the use of ‘hardcore’ pornography.

Getting Help and Treatment 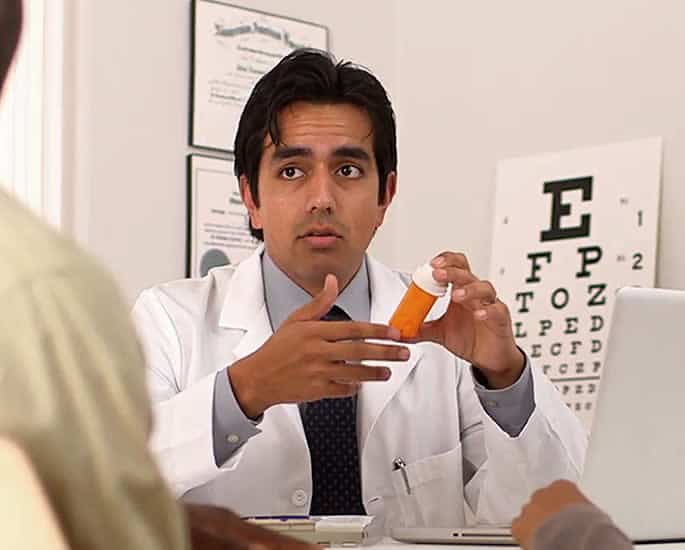 Impotence is poorly understood and needs much more awareness in India to help men get treatment.

In an age of progressive sexual science, treatment for impotence and erectile dysfunction comes essentially in two forms in India.

Psychological and counselling support is one key method of help, which is proven to with good results.

This is because impotence can be related to psychological issues from a trauma in the past or childhood such as a bad sexual experience, poor relationships or a specific mental block.

Baljit, who has been married for over twenty years, says:

“Our sex life was starting to get affected by my husband erectile issues which started after he was 45.

“A friend of mine suggested we first see a psychologist who specialised in sexual issues.

“After a few discussions with my husband, he agreed. We found that the issue was related to his stress and workload in his job.

“He was not relaxing and had too much tension. The doctor told us to do some intimate exercises together which we followed.

“The doctor then suggested we go on holiday to try a different environment and get some quality time together.

“The holiday made such a difference, it was like a second honeymoon! We found ourselves re-engaging with sex and being intimate once again.”

The second form of treatment is medication. There are many forms of medication available to help impotence and erectile dysfunction including the popular ‘blue pill’ Viagra.

Other treatments include surgical procedures as well, including penile implants, which provide a mechanism to help a man to achieve an erection.

Medication, counselling and possibly surgery, would be treatments considered and offered by a medical professional to help Indian men.

Therefore, it is important for a man who is being affected by impotence and erectile dysfunction to seek medical help.

The more the matter of impotence is prolonged without medical support, the more impact it will have on the man, his partner and even family.

Indian women are now being seen to support their men when it comes to sexual issues and they are openly seeking help for them.

“A quarter of the cases that I see are brought in by women.

“This is often because men and women are educated at different levels, and women are much more assertive if they are better educated; and if there is a problem they are willing to bring their husbands to the clinic.

“Sometimes the husbands are busy, or unwilling to face the issue, and in the much more open atmosphere that we live in, wives are willing to schedule the appointments.”

“After a lot of convincing, my husband finally agreed to see a specialist doctor.

“First we tried a lot of Desi remedies for his problem but nothing really worked.

“After three consultations and tests, the doctor provided treatment with medication which definitely helped.

“Since then, our sex life has got much better and above all, he is much happier.”

New methods and techniques are continuously being researched to help men with the issue in India.

Dr Sudhakar Krishnamurti says that rigidity levels of erections can decrease in men too:

“Even if a person isn’t completely impotent they might not be able to perform. Now we have machines that can measure rigidity, and we have moved beyond early thinking on the subject.”

Removing the taboo around sexual problems such as impotence is much needed in India and better sex education is a must.

With the internet providing a plethora of information on the issue, it is important to not get misinformed and get misled by ‘quick fixes’ to the problem with potions and pills.

Therefore, seeking professional medical help for an Indian man suffering from impotence and erectile dysfunction should be mandatory.

Prem has a rich interest in social sciences and culture. He enjoys reading and writing about issues affecting his and future generations. His motto is 'Television is chewing gum for the eyes' by Frank Lloyd Wright.
Real Stories: Marriage and Giving a Dowry in the UK
Stigma of Divorce for Pakistani Women