The effect of Erectile Dysfunction on women is rarely looked at. DESIblitz explores Superdrug’s groundbreaking report which examines erectile dysfunction.

Erectile dysfunction (ED) can be a fairly embarrassing experience for many men.

The condition is actually more common than many believe, however, with over half of men around the ages of 40-70 affected by ED.

While it is something that generally affects men, not many impact the implications of ED on women.

There are numerous stigmas surrounding erectile dysfunction, which can make it hard for couples to talk about, as men feel emasculated and women can sometimes feel responsible.

The issue also widely affects the South Asian community, where the issue draws in wider sexual and cultural taboos relating to marriage and family. In many cases then, open support and discussion is not available for victims, and those suffering from ED can feel like they have nowhere to go.

For women, there is cultural pressure from both sides of the family to consummate and ‘make a family’, if this cannot be achieved, in the majority of cases the blame will be placed on her as opposed to her husband.

Of course, much of this is down to a sheer lack of information when it comes to erectile dysfunction, which helps perpetuate the stigma.

In an attempt to tackle some of the taboos surrounding erectile dysfunction in men, health and beauty retailer, Superdrug conduct a survey, It’s Not You It’s Not Me, It’s ED, which examined how ED directly affects women.

Their main goal was to help couples all over England by talking about this issue in an open environment.

They surveyed 1,000 men and 1,000 women in the UK over the age of 35. They were asked about their experiences with erectile dysfunction, and the survey questions were multiple choice, six out of the eighteen questions had an ‘optional free-text response’. 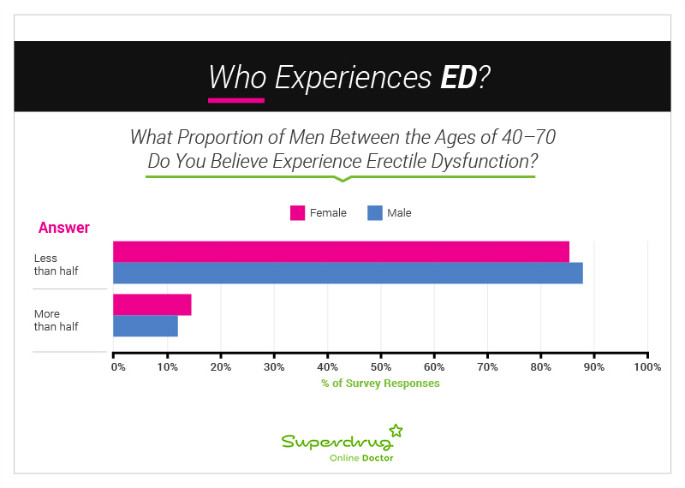 To help with the lack of communication between both men and women, and to help for women who didn’t take action about their partner’s erectile dysfunction, Superdrug Online Doctor created a messaging tool.

The messaging tool allowed men and women to start discussing ED with their partner on an open platform.

They could contact their partner using a sensitive note which was written by the Superdrug Online Doctor Medical Director, Dr Louisa Draper.

When it comes to erectile dysfunction, men suffering from it deal with a unique form of pressure to perform, and as a result they can make excuses to avoid sex entirely as a result. 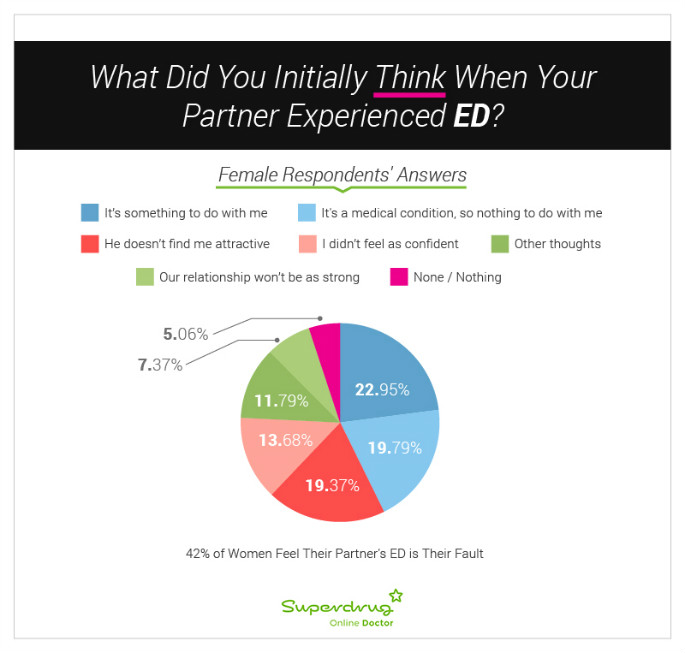 When participants were ‘asked to identify the reasons they thought their partner used to avoid sex’, Superdrug found that:

29 per cent of men also reported that they didn’t give any excuse for avoiding sex, leading to their female partners saying, ‘It got to the point where we would avoid going to bed’, and, ‘It was an awkward thing to discuss’.

The research also found that 42 per cent of women actually felt that they were to blame for their partner’s ED. With 19 per cent believing that their partner did not find them attractive.

One comment that was repeated on numerous occasions during the survey was, ‘I thought it was something to do with me’.

35 per cent of women also admitted that it had a really negative effect on their relationships, but more than 40 per cent of the women questioned did not take actions or steps to find the cause and treatments for ED.

However out of the women who did seek help, around three quarters felt positive about the whole situation and said, ‘It made us closer to find a way to solve the problem’, and, ‘Initially it made us feel less close, but only for a short time. We are much stronger now’.

The Superdrug research found that the three most helpful sources of support were GPs, online research and talking to the partner directly. 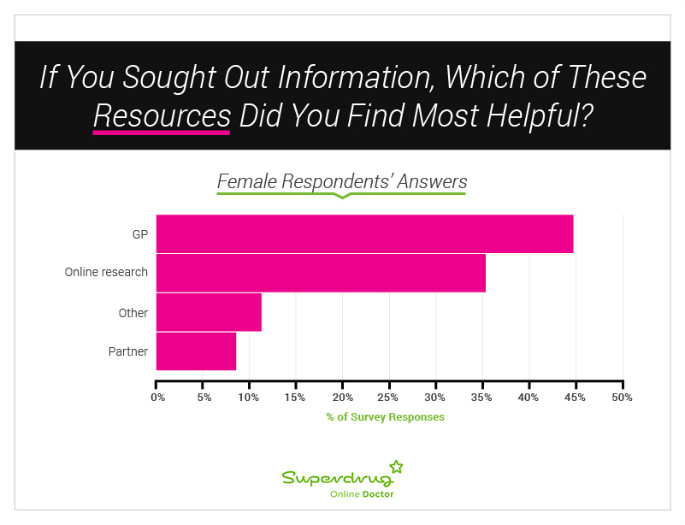 Almost a quarter of the participants felt optimistic about a solution and 20 per cent felt better knowing ‘they weren’t part of the problem’. 13 per cent also reported improvements in their relationship once they looked for help.

“The results of the Superdrug It’s Not You, It’s Not Me, It’s ED survey are surprising.

“As this survey shows, Erectile Dysfunction affects both partners and we encourage couples to seek help for the condition from a trusted healthcare provider.”

“A free and confidential consultation is available online at Superdrug Online Doctor.”

Overall, Superdrug’s research team found that the stigma surrounding erectile dysfunction is still apparent in many couples, however there are many men and women out there who are educating themselves about the issue.

Additionally, open discussion an support of the issue that affects couples has also helped them to grow stronger and feel much closer. With many positive responses to the survey, many women feel that their relationships are more successful long term.