The Rise of Online Child Pornography Demand in India

"it's tough to explain why I want someone to escort her"

Child sexual exploitation has been a major problem since time immemorial, and during the pandemic child pornography, it has uncontrollably increased, making the Internet unsafe for children and adults.

In a global compilation of Child Sexual Abuse Material (CSAM) reports, India is the top-country, with 11.7% of the total reports, followed by Pakistan.

Recent statistics by the India Child Protection Fund (ICPF), demonstrates that the consumption of child pornography in India has spiked by 95% between March 24 and 26, 2021.

The ICPF also found out that, on average, there were 5 million downloads per month, with an increasing demand for violent content involving children.

The website has recently been under heavy investigation for its involvement in child pornography, sex-trafficking, and rape videos, following a detailed report by The New York Times.

International agencies such as Europol, the United Nations and ECPAT (End Child Prostitution and Trafficking) have also reported increasing paedophiles who target children by befriending them online and later lure them into performing sexual activities through photos and videos.

Measures for Parents to Protect Children

During an interview with Mashable India, Dr Mary L. Pulido said regular communication is fundamental. Parents should talk regularly with their children about internet safety and social media.

“The NYSPCC advises parents to discuss this issue with their children.

“Though seemingly uncomfortable, even young children have shown the capability to grasp concepts of sexual abuse and body safety if the age-appropriate language is used.

“Frame the discussion around ‘body health and safety’ rather than ‘abuse’, which might be less scary, and discuss ‘private parts’.

“Discuss the two kinds of touches, safe and not safe, using these terms instead of ‘good/bad’ to make it clearer for the child.

“For example, sometimes a good touch – vaccination in the doctor’s office – can feel bad and a bad touch – inappropriate tickling/fondling – can feel good.

“Focus the conversation on the fact that they must tell a trusted adult right away if this ever happens to them. What’s important is that the child feels comfortable speaking up.

“Address the issue of secrecy or threat that some perpetrators use with children to keep them quiet. Reinforce with the child that it’s never their fault if they were touched or photographed in an unsafe way”.

If a child is victimised, Dr Pulido also suggested contacting law enforcement or whatever system is set up in your town, region or country, to deal with these crimes.

How do Indian Parents talk about Rape and Sex? 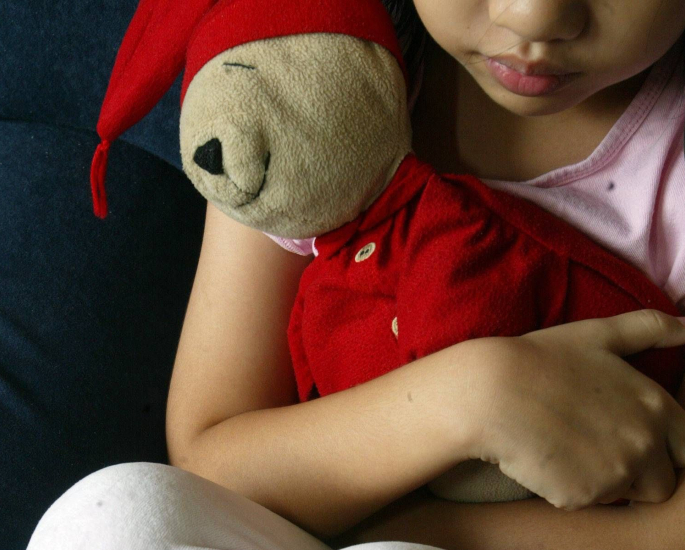 Everything related to sex is considered taboo in South Asian society. Paradoxically, India is regarded as one of the unsafest countries for women, with a serious rape problem.

Girls and boys do not tackle sexual topics out of fear, authoritarian parents, or simply because they find it awkward to open up.

As a result, there is an image of South Asia and India as being quite sexually repressed in the western world’s imagination.

Delhi-based child psychologist Dr Parikh said that Indian parents have started having these conversations with their children more openly than before. Still, it is not as widespread as it should be.

Besides, education makes a difference in terms of parents’ comfort and belief in talking about these things.

To better explore how much parents choose to tell their children, Journalist Nikita Mandhani gathered different voices across India.

Mona Desai, mother to an 11-year-old daughter in Mumbai, did not want her child to be exposed to a lot of news and conversations about rape and sexual assault.

“When she was five, I explained to her that she needs to be aware and alert about what is happening to her and around her.

“Then about two years ago, she read about ‘rape’ in a book and asked me what it meant.”

“I didn’t go into any graphic details but explained that it meant somebody was abusing someone else or violating the privacy of their body in an unacceptable way.

“My daughter and her friends are appalled and shattered about what happened to the eight-year-old girl in Kashmir.

“Sometimes, she asks me if the world out there is like this or whether this is a one-off incident.

“She gets scared, but she is also at that age in her life when she wants to push her boundaries for independence.

“So, it’s tough to explain why I want someone to escort her wherever she goes or why I want her to dress more conservatively in northern India.”

Sunayana Roy, mother of two sons, aged 11 and 3 in Bangalore, has discussed these issues with her older son.

“I have spoken to my older son about incidents of rape and sexual assault a few times.”

“He reads the news sometimes so I choose to frame conversations on consent and violence around incidents in the media.

“I have also always discussed women’s issues with him. I think as an upper-class Hindu male he needs to be aware of these concerns and realise he plays a role in bringing about change.

“I think it’s important for my sons to be aware of rape culture. Sexual violence is one of the biggest fears of women around them, and thus ultimately impacts everybody’s lives and behaviour.

“Sexist jokes, phrases and thoughts are called out in our household and examined for how damaging they can be.

“I don’t shield my sons from the news. However, I do let them bring these topics up for discussion rather than imposing these conversations on them.

“Maybe my children don’t always understand the full meaning of what I’m discussing but it’s enough for me that they know that to their mother such behaviour is not acceptable.”

Before the Nirbhaya case, India had always been dormant about rape culture across the country.

Rapes involving educated women attacked by strangers have always been high-profile, but what about poor and lower castes women?

According to Journalist Kalpana Sharma, they are the most vulnerable and targeted victims in India, and usually, they know their rapists very well.

Sharma also added that there is great outrage at the violence in urban areas because they are familiar to many people.

The way perpetrators are punished is also concerning, as only about a third of rape cases reported to the police result in a conviction.

Manisha is a South Asian Studies graduate with a passion for writing and foreign languages. She loves reading about South Asian history and speaks five languages. Her motto is: "If opportunity doesn't knock, build a door."
Desi Men and their Afflicted Domestic Abuse
How Does your Sex Drive change with Age?