“This site has been blocked as per the instructions of Competent Authority.”

India users can only see a blank page or message from the Department of Telecommunications (DoT), Government of India that reads:

“This site has been blocked as per the instructions of Competent Authority.”

In the country where the Kama Sutra was created and graphic images of sexual acts are openly seen on ancient buildings, not everyone is amused by this moral policing by the government.

The impact to restrain the use of the Internet for personal means in this manner has led to Twitter reactions which are mostly not in favour or at all pleased by this edict.

The hashtag #PornBan has quickly begun to trend nationwide, with users vocalising their anger:

User, @oafmax, poignantly asked what the ban would mean to the cultural heritage of the country: “Will #PornBan include destroying the khajuraho sculptures and renouncing the Kamasutra?”

Some questioned whether the #Pornban could unearth a whole other set of social problems, with user, @luvashwin tweeting:

Others made reference to their favourite former adult star, Sunny Leone: “Sunny Leone was too smart to move in Bollywood industry #SincePornIsBanned #PornBan,” Prashant Sharma tweeted.

While others directed their mock outrage directly at officials: “MINISTERS ARE WONDERING WHAT ARE THEY GOING TO DO WITH THEIR IPADS FROM NOW? #PornBan,” asked @SachinVerma83.

Kaustubh Rai said: “Well, I guess BJP can kiss its youth vote- bank goodbye !! #PornBan” while user, @vikaspatriot was not too concerned:

Others, however, were clearly in total despair:

*Basic necessity of a Single Guy*

While the reaction to this ‘sneaky’ move by the government to control its citizens has caused outrage among many, some do believe that it may make the vast online world a safer place for youngsters.

Most suspect that the sudden #Pornban move allegedly stemmed from a Supreme Court hearing in July 2015 during a petition to block child pornography sites.

Lawyer Kamlesh Vaswani provided the home ministry with a list of 850 websites which housed and circulated child pornography.

Defending him was Vijay Panjwani, who demanded why these sites had not already been banned under the cyber laws that currently existed.

“It is an issue for the government to deal with. Can we pass an interim order directing blocking of all adult websites?

“And let us keep in mind the possible contention of a person who could ask what crime have I committed by browsing adult websites in private within the four walls of my house.

“Could he not argue about his right to freedom to do something within the four walls of his house without violating any law?”

“Such interim orders cannot be passed by this court. Somebody may come to the court and say look I am above 18 and how can you stop me from watching it within the four walls of my room.”

“It is a violation of Article 21 [right to personal liberty],” he said. 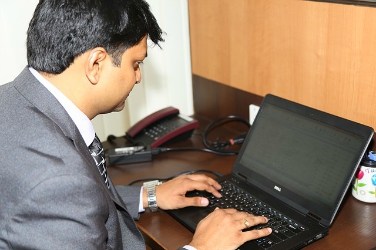 “As publication and transmission of pornographic material (excluding child pornography which is illegal almost everywhere in the world) is legal in these countries, it is not possible to take actions against entities operating such servers under Indian laws,” the Department of Telecommunications (DoT) wrote.

Since then, it was only a matter of time when a formal ban would take place.

Do you agree with the #PornBan in India?

Nazhat is an ambitious 'Desi' woman with interests in news and lifestyle. As a writer with a determined journalistic flair, she firmly believes in the motto "an investment in knowledge pays the best interest," by Benjamin Franklin.
Google Loon brings Free WiFi to Sri Lanka
Superwoman nominated for Teen Choice Awards