A disturbing video which shows a New York police officer kneeling on an Indian man’s neck during an arrest has sparked outrage.

A video which shows a police officer kneeling on the neck of an Indian-origin man during his arrest in New York has caused outrage amid the protests against police brutality.

Footage showed the unnamed officer kneeling on the neck of Yugeshwar Gaindarpersaud during an arrest in Schenectady on July 6, 2020.

In the video shot by the victim’s father Jaindra Gaindarpersaud, the officer is seen pinning the man to the floor with his knee on his neck.

Jaindra is heard begging him to stop and asking: “What has he done to you?”

The officer looks up to him and shouts at him “go back inside now” and to “back up”.

Yugeshwar and his father later joined 100 protestors outside Schenectady Police Department to call for the officer to be fired.

Yugeshwar said he was charged with resisting arrest. He said the altercation started when officers confronted him outside his home over reports his neighbour’s tires had been slashed.

He allegedly turned to walk away from the officer, telling him to provide evidence of his involvement. At that point, the police officer threw him to the floor and knelt on his neck.

The victim told the crowds: “His whole body weight was smashing my head into the concrete.

He claimed that he pleaded with the officer to stop. He then said he lost unconsciousness after being put in the patrol car and woke up in Ellis Hospital.

“If he had me five minutes more later I would’ve been gone.”

Police said in a statement: “A brief foot chase and struggle ensued during which the officer lost his radio and asked a nearby witness to call police.

“Additional responding officers arrived on scene and were able to assist the original officer and ultimately place the male into handcuffs.”

However, the Schenectady NAACP voiced “grave concern” over the video and demanded a full investigation and review of body camera footage.

The incident comes weeks after the use of chokeholds and similar restraints was banned by New York state in the wake of the murder of George Floyd, who died after an officer kneeled on his neck for nearly nine minutes.

Schenectady Police Chief Eric Clifford said in a statement on July 7 that there had been a complaint that Yugeshwar had slashed the tires of a car and he resisted when police tried to arrest him.

He said that the neckhold was only used to restrain him and that at no time did the policeman try to impair the man’s breathing or blood circulation.

Clifford said that Yugeshwar was able to walk to the police car after he was handcuffed.

The police officer responsible has been taken off patrol and moved to desk duty.

Clifford previously criticised the use of the tactic following George Floyd‘s death, saying:

“I haven’t seen one person watch that video and reach a different conclusion than I’ve reached.” 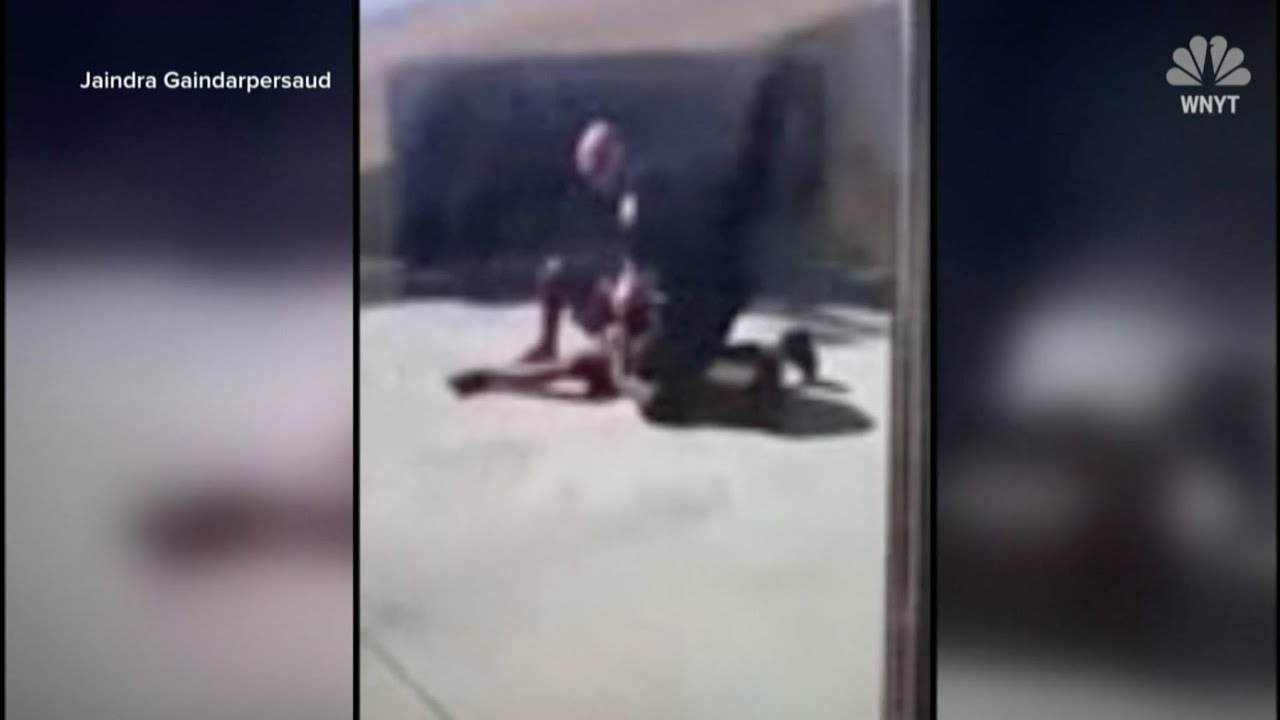 Dhiren is a journalism graduate with a passion for gaming, watching films and sports. He also enjoys cooking from time to time. His motto is to “Live life one day at a time.”
Two US Indian Cisco Employees sued for Caste Discrimination
Man targeted Elderly to Committed 8 Fraud Offences