More than 63 million missing women from India were released as an estimate as part of an annual Indian economic survey. DESIblitz investigates an issue which has gone on for millennia.

India has 63 million “missing” women, nearly the entire population of the United Kingdom.

An issue that has been around for millennia, India has seen another increase in missing women according to the country’s annual economic survey.

India’s 2017-18 Economic Survey was released in January 2018, detailing the number of ‘missing’ women from its population.

For the first time ever, the survey was presented in pink, signalling a major shift in the country’s support and promotion of women’s rights and female empowerment.

Specific Indian communities and regions have had a strong preference for their families towards sons rather than daughters.

The imbalance of the sex ratio dates back to the first censuses in the late 19th and 20th centuries. In the 1881 census, this discussed in detail a preference for sons and possible infanticide among certain communities in North India, particularly in the Punjab and Rajasthan states.

20 years later, the 1901 census showed systematic regional divides in sex ratios. With the North and West regions of the country having ratios that are more unfavourable to women than Eastern and Southern India.

DESIblitz finds out whether there have been major improvements in women’s rights or if things have remained the same for Indian women in accessing educational and employment opportunities. 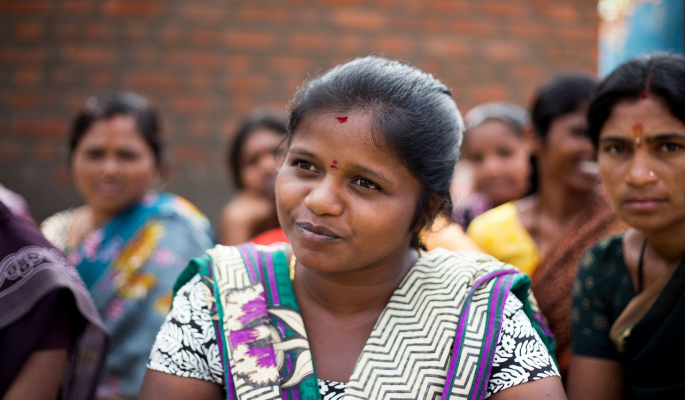 Economist Amartya Sen estimated in his 1990 study where the skewed gender ratio of females to males was that 100 million women were ‘missing’ in the world at the time (almost 40 million in India).

28 years later, there are 63 million missing women in a country of 1.3 billion people according to the 2014 data, the Indian government have said.

The sex selection ratio of males to females in Punjab and Haryana has approached 1200 males per 1000 females although they are some of the country’s richest states.

Danielle said: “Working for an organisation whose key focus is to champion the rights of women and girls living in some of the world’s poorest places, including India, we can attest to the Indian government’s estimate that there are 21 million ‘unwanted’ girls in the country.

“In all the countries where we work, girls are seen and treated as less than boys. Deep-rooted attitudes that see women as worth less than men constantly reinforce this subordination, which is why we work closely with local community leaders to change mindsets and work with girls so that they are empowered to claim their rights.” 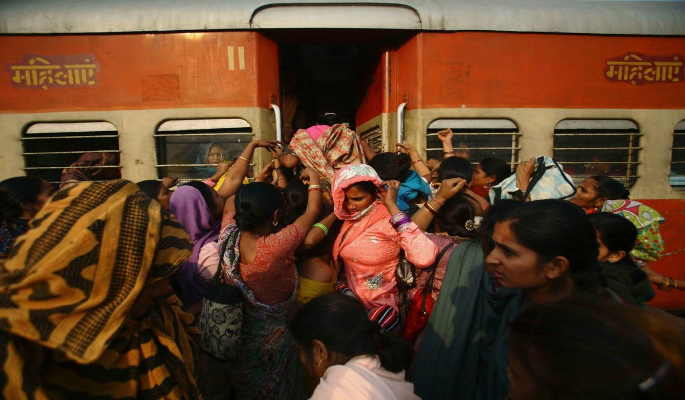 At the start of Chapter 7 “Gender and Son Meta Preference: Is Development Itself an Antidote?” in India’s annual 2017-18 economic survey, there is an immediate mention of the country’s meta-preference for sons over daughters in families.

It also highlighted the poetry of Subramania Bharati and Maithili Sharan Gupt, as well as mentioning the #MeToo campaign.

India outlawed sex selection in 1994 due to the Pre-Natal Diagnostic Techniques Act (PDNT). With this act enforced, it did see a stabilisation of the country’s sex ratio although it was at an elevated level.

Why is there another increase in India’s missing women population? The country’s “meta” preference for a son over a daughter has led to families continuing to have more children until they have the desired number of sons.

Sehjo Singh, Director of Programme and Policy in ActionAid India mentioned about the campaigns his charity were campaigning for to reverse the country’s sex ratio of boys to girls.

Sehjo said: “In 2012, ActionAid India launched the campaign “Beti Zindabad!” (Long Live Daughters), that was primarily focused on reversing the adverse sex ratio which the 2011 Census had revealed to be in sharp decline.

“Throughout the campaign, we had spread awareness of the rights of the girl child, done advocacy work to create state policy to support expectant mothers, baby girls and young women and we work on the field to ensure the implementation of laws that criminalise sex selection.

“Last year, we successfully intervened in 13,002 cases of illegal sex-selection. Every year, we support carnivals across India, where school and college students among others pledge to celebrate the girl child in their homes, schools and workplaces.

“Over the years, we have persuaded 1,626 village councils to pass a resolution seeking implementation of the laws against sex selection.” 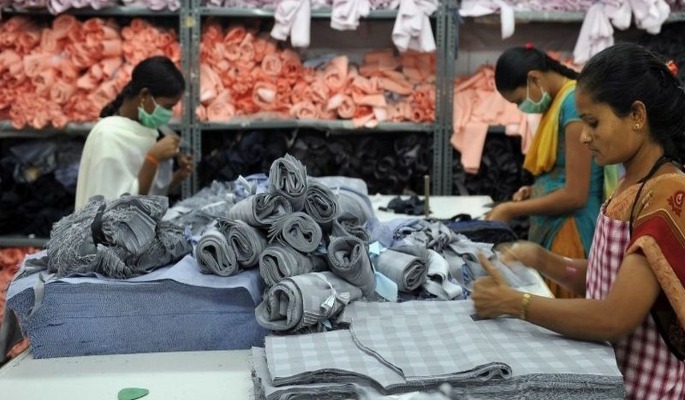 Not all news has been negative as India has made many positive steps towards the inclusion of India’s women in the workforce and in everyday life.

Improvements have been made over the past 10-15 years in the country’s attitudes towards women. It did need to work on employment opportunities and its gender bias over sons rather than daughters in Indian families.

Beti Bachao, Beti Padhao (Save the Daughter, Educate the Daughter) was introduced to target the country’s declining Child Sex Ratio. The figures have shown that the number of girls per thousand boys has not abated since 1961.

This campaign is focused on 100 selected Indian districts, which are low in CSR and cover all States and Union Territories across India.

The scheme is aimed at promoting the welfare of the girl child whilst ensuring that girls have a bright future in the country.

How does the account work? A parent or guardian who has a girl that is 10-years-old or lower can open a Yojana on behalf of the girl child.

However, the accounts are limited to two girl children although it can be increased to three if there is a second birth of twins or the first or second birth results in three girls being born.

The Invisible Girl Project President and CEO Jill McElya highlighted how her organisation is changing the lives of Indian girls.

Jill said: “IGP has a number of programmes whereby we continue to assist the girls and women we have helped. Through our partners on the ground, IGP has rescued over 200 girls from potentially being killed or trafficked.

“We believe in a holistic approach to combatting gendercide and recognise the necessity to continue to care for girls after they have been rescued, as well as empower women.”

She also spoke about her recent trip to India to meet 120 girls at one of the organisation’s partner’s homes.

“On a recent trip I took to India, I asked these 120 girls (at our partner home) to raise their hands if they had ever heard or been taught that boys are more important than they are.

Jill added: “Every single girl raised her hand. Every one. Every one of these girls had been told at some point in her life that she was not as valuable as a boy. I knew that this was likely, but seeing each hand raised kicked me in the stomach and further impassioned me to do this work.

“Standing in front of the girls, I looked into their brown eyes and I told them then that they should never, ever believe that they were not as important as boys. I told them that it was a lie. Their rights are human rights. They are valuable, precious, and special.” 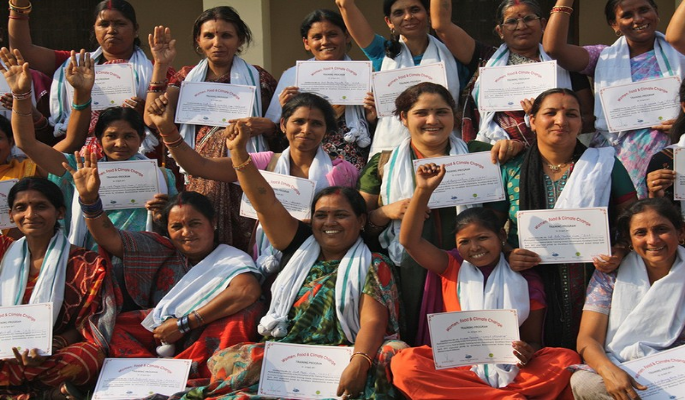 When the World Economic Forum released its latest ‘Global Gender Gap Report’ in 2017, it benchmarked the 144 countries to look at their progress towards gender-based disparities and tracking their progress over time.

In the 2017 Global Gender Gap Report, the 144 countries were judged on a scale from 0 (imparity) to 1 (parity) through four thematic dimensions. Economic Participation and Opportunity, Educational Attainment, Health and Survival, and Political Empowerment.

Also, it provides the countries with comparing effective comparisons across regions and income groups. It is designed to create awareness on a global scale of the challenges faced by gender gaps and the opportunities provided to reduce them.

There were no new entrants to the Top 10 Rankings although Iceland was ranked Number 1 for the ninth year in a row, closing more than 87% of its pay gap.

Iceland remained the top performer on Political Empowerment whilst dropping out on the top 10 in the Economic Participation and Opportunity subindex.

India experienced a decline in the overall World Economic Forum Gender Pay Global Index. The country fell 21 places from 87th in the 2016 report to 108th place.

The country’s gender gaps were widened in Political Empowerment, as well as healthy life expectancy and basic literacy.

Also, the gender gap shared among Indian women is prevalent for the first time in recent years among legislators, senior officials, marriages as well as professional and technical workers. It highlights the continued efforts needed to achieve Economic Opportunity and Participation.

There has been positive news for India as it has closed its primary and secondary education enrolment Gender Gaps for the second year in a row whilst for the first-time nearly closing the country’s tertiary education gap.

When it came to Health and Survival, India has been ranked fourth-lowest and still remains the world’s least improved country on that subindex over the past decade.

It has still maintained its Top 20 ranking on the Political Empowerment despite electing its first female Prime Minister Indira Gandhi in 1966, 52 years ago.

However, India needs to make progress in that dimension in order to empower a new generation of female political leadership.

In line with current trends, the Gender Pay Gap can be closed in 100 years across 106 countries since the inception of the Global Gender Gap Report, compared to 83 years from the 2016 report. 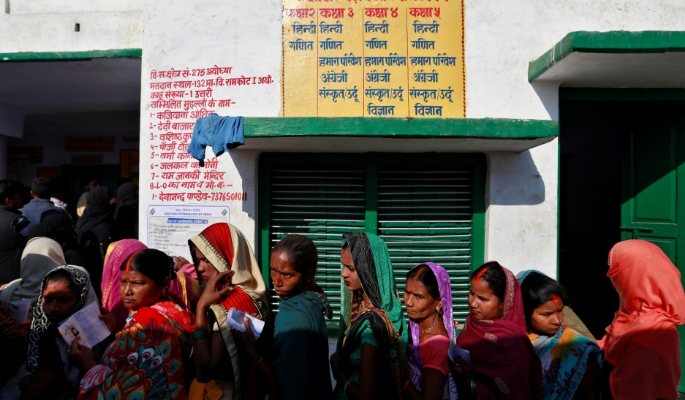 Society still has a big role to play in increasing the employment and educational opportunities available in India for women at the moment.

Positive steps are being made although there is a long way to go until Indian women are represented equally as men in India.

The government has made 26 weeks’ maternity leave mandatory for the public and private sectors for Indian workers.

It will take many years before women will be given a chance to succeed in a country that has preferred males over females.

India is making progress towards the inclusion of women. However, it remains to be seen if the 63 million ‘missing’ women are given a second chance to receive the same education and employment opportunities.