The narrative makes the audience go 'pink' with sheer anger.

There has not been much media hype about Shoojit Sircar’s Pink.

From the initial promos, one understands the film will be a hard-hitting drama, which could send shockwaves around the world.

As expected, the movie has received highly positive reviews, including applauds for lead actors Amitabh Bachchan and Taapsee Pannu.

“Another notable stride forwards for Hindi cinema: a naturalistic drama that forms a serious attempt to grapple with India’s emergent rape culture.

“Trigger warnings may be obligatory, but that’s testimony to how close the film gets to some uncomfortable truths – and how well those have been shaped into this progressive, provocative, legitimately powerful statements.”

Now, DESIblitz has their say on this intense courtroom drama!

The film is about three Delhi girls: Minal (Taapsee Pannu), Falak (Kirti Kulhari) and Andrea (Andrea Tariang). They are on the run after one of them escapes a molestation attempt by the rich and chauvinistic, Rajveer Singh (Angad Bedi). 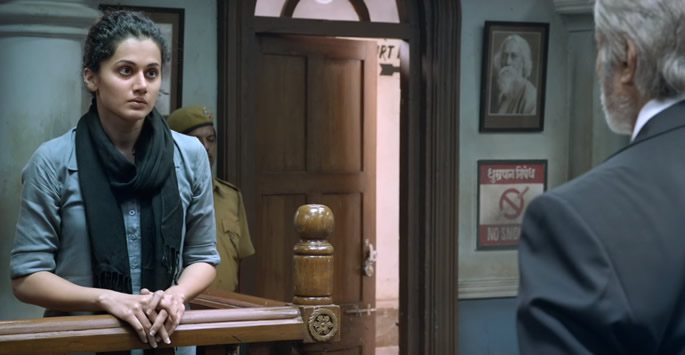 In self-defence, Minal hits Rajveer with a bottle, inflicting grievous bodily harm. From this day on, all the girls’ lives change… Forever.

But of course, this percentage just seems to be the tip of the iceberg of all cases. Kudos to writer Ritesh Shah for taking the common and sensitive crime of molestation in Pink.

The narrative makes the audience go ‘pink’ with sheer anger. Why is it that girls always have to ‘watch-their-backs’ on a night out? Why do they (even in modern society) suffer such atrocities?

The movie powerfully raises these questions, even through Ritesh’s moving dialogues. Pink simply emphasises that NO means NO!

Whether its Damini or the most recent Rustom, courtroom dramas are quite popular in Hindi cinema. But what’s so good about Pink? It is that director Aniruddha Roy Choudhury maintains simplicity.

There are no melodramatic scenes or stereotypical Bollywood scenes, i.e. the villain trying to kill the opposing lawyer. 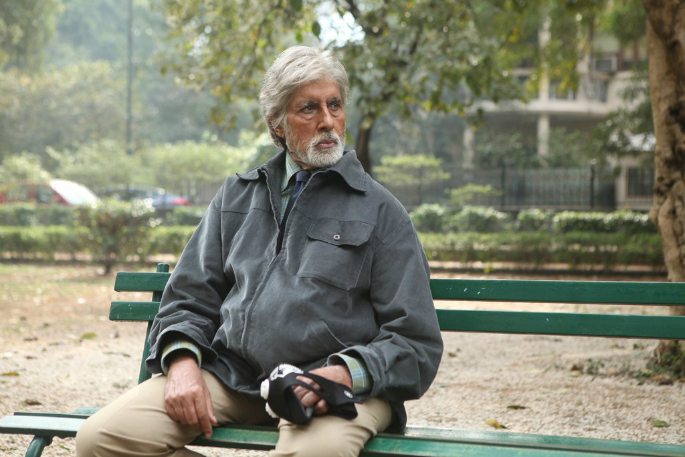 Pink simply exhibits the consequences of a heinous crime and the impact it has on the victims. Choudhury executes the film cleverly and realistically.

On mentioning cleverly, one must also give credit to the crisp and natural editing by Bohaditya Banerjee. From the first frame till last, the audience is glued to their seats. Plus, since the film is roughly 136 minutes, there’s not a moment where the audience gets bored.

What is also intriguing are the performances.

Amitabh Bachchan is phenomenal, to say the least. His character of the lawyer Deepak Sehgal is a mystery and a mastermind. Not only does some of his tongue-in-cheek dialogue delivery make you laugh, but some also give goose-bumps. At one point Mr. Bachchan says:

“You’re a woman of questionable character.”

The audience feels enraged by this statement as we know the reality of Taapsee’s character. Whether he essays the quirky Bhaskor from Piku or the suave Deepak in Pink, Amitabh Bachchan is flawless in every role.

Taapsee Pannu, is dynamite as the key character, Minal Arora. Playing the modern and independent woman,  Taapsee is thoroughly impressive. Even during the emotional quotients, Taapsee does not falter one bit. At times, she compels the audience to scream ‘aye’ against punishment for the molesters.

An interesting point here is the fact that both of Shoojit Sircar’s: Piku (his directorial) and Pink (under his banner) are two films (of opposing genres) which essay modern, head-strong leading female characters:

Deepika Padukone as Piku, an independent, feisty and obedient daughter. Taapsee Pannu as Minal, a brave girl who defends her honour and self-respect against the abuse of men. 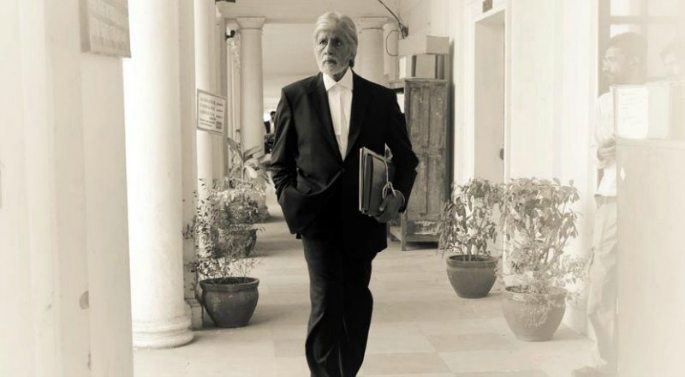 One looks forward to seeing what Taapsee has to offer next in Makhna alongside Saqib Saleem!

Kirti Kulhari is tremendous as Falak Ali. Her character is the opposite of Minal, yet is trying to make ends meet in an overcrowded society. Her dialogue delivery is impactful and leaves a mark, especially during the emotional scenes during the court case. Watch out for her!

Andrea Tariang is also very good. But she has less scope in comparison to Taapsee and Kirti.

Piyush Mishra last appeared as the goofy cop in Happy Bhag Jayegi. In Pink, he essays the prosecution lawyer, Prashant Mehra. His performance, as expected, is natural. He provokes pique like Amrish Puri’s character Indrajit Chaddha in Damini.

Portraying Rajveer Singh, Angad Bedi also impresses. As a villain, it’s his expressions which are menacing. He compels you to despise the character! You can see him next in Gauri Shinde’s Dear Zindagi alongside Alia Bhatt. The rest of the cast also do a brilliant job.

While no songs are actually featured in the film, Shantanu Moitra’s background score enhances the film’s intensity. A special mention to his composition of ‘Kaari Kaari’ – a song which depicts the emotions of a victim.

Qurat-Ul-Ain Balouch’s vocals are eerie enough to raise the hair on your back. Kudos to Tanveer Ghazi for such harrowing lyrics.

Overall, Pink is undoubtedly the best film of 2016 so far. Going with the genre of the film, it could have appealed to a nice audience.

However, the apt direction, riveting performances, and the thought-provoking concept make it a strongly recommended watch for all audiences. Don’t miss this one!

Anuj is a journalism graduate. His passion is in Film, Television, dancing, acting and presenting. His ambition is to become a movie critic and host his own talk show. His motto is: "Believe you can and you're halfway there."
8 Deepika Padukone Characters we Love
Priyanka Chopra flirts with Tom Hiddleston at Emmys 2016?