What is the Kama Sutra?

The Kama Sutra is perceived to be primarily a sex manual of positions. Is this the case or is there more to this popular works? We find out.

"The real Kamasutra is a book about the art of living"

Most people would assume that the Kama Sutra, Karma Sutra or Kamasutra, is some kind of Indian mystic manual of sex positions as quite often touted in popular culture.

In fact, the Kama Sutra is much more than this.

The Kama Sutra is the true text which has survived from the original Kama Shastra.

It was written down by Vatsyayana Rishi, a Hindu philosopher from the Vedic tradition, who lived around 2nd century A.D.

Vatsyayana  states he sees himself as the third person when expressing an opinion and has only quoted and condensed the original works.

The Kama Sutra is one of three ancient Indian texts which are related to the aims of life.

The other two are Artha Shastra and Dharma Shastra, known to have been written in Sanskrit, around 7th century B.C.

Translation of the Kama Sutra exists in many languages. The most famous translations are by Alain Danielou (1994) and Wendy Doniger (2002). 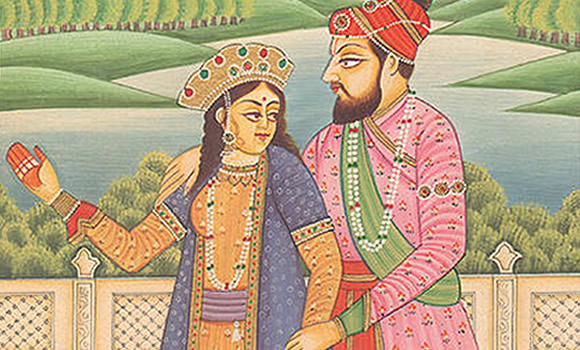 “The real Kamasutra is a book about the art of living – about finding a partner, maintaining power in a marriage, committing adultery, living as or with a courtesan, using drugs – and also about the positions in sexual intercourse.”

From a philosophy perspective, three life aims are associated with the Kama Sutra:

There is a fourth, called Moksha, which refers to the liberation from materialistic and worldly attachments.

“The Karma Sutra is not a pornographic work. It is merely an impartial and systematic study of one of the essential aspects of existence.”

Therefore, the Kama Sutra is the study of Kama and explores relationships between the sexes with an undercurrent of sexual confidence.

Focus on desire and intimacy between partners and how atmosphere, senses and mood, all play a role in achieving sexual satisfaction, are candidly presented in its works.

Compared to today’s society, the Kama Sutra was written at a time when certain classes of India’s men and women had a different view to marriage and love, which included the existence of courtesans within marital relationships.

Lesbianism, female dominance and male homosexual practices are all described in detail.

The Kama Sutra is made up of seven books with sections focusing on different areas of Kama, as follows. 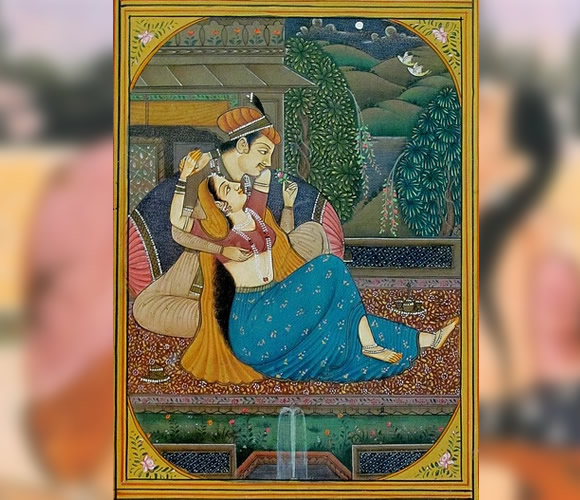 This first book explains how the three forces intertwine for self-realisation and priorities of life.

Including how a woman shows her powers and skills by developing intellectual, physical, and even athletic pastimes.

It mentions the Challenge-Response method to establish Kama and our duty, our nature, to learn to enjoy desire as best we can.

It refers to love not only being an art, but a science, indicating it’s something that requires careful courtship, psychology, and everything else in-between.

2. Types of Love and Sexual Union 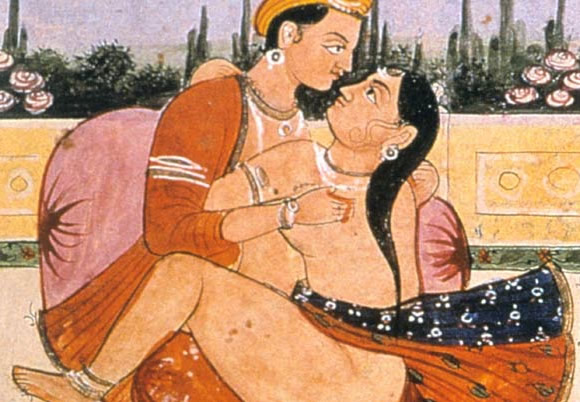 Equality of sexual union is best when a man’s size and woman’s depth match. Otherwise, you could have an unequal union. Although, it does not forbid unequal unions.

It states there are four types of love.

Oral sex is mentioned conveying its use for male or female pleasure including licking, swallowing, or even sucking a mango, as part of foreplay.

Mastering the 64 sexual arts are the key for women especially and men to be incredible and skillful lovers. 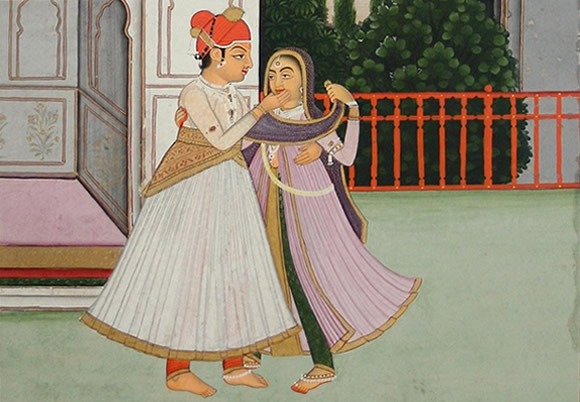 Marriage is the key focus of book three. Where different forms of marriage when finding a wife are discussed and how sex plays a pivotal role.

Finding the right type of woman for marriage is very important and that the marriage shall be more auspicious if she is wealthy, highly connected, has good hair, teeth, breasts, and overall health.

It also informs the man that he has to work to find such a woman and to woe her. Even with deceit if she is not willing or not sure about marrying.

Once married, surprisingly, the book insists that sex is not to be rushed.

Vatsyayana says a man must take his time with his new wife before even thinking about initiating sexual intercourse.

The man must gain the woman’s trust before sexual pleasure with her. Especially, where women, “being of a tender nature, want tender beginnings.” 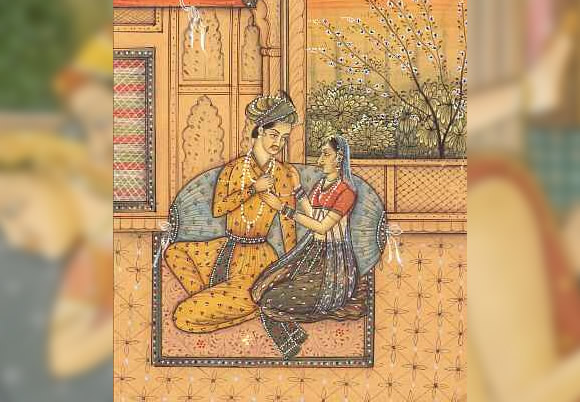 This book portrays the most traditional duties of a wife and could be classed as the most anti-feminist.

It states that the wife must see her husband as the most highest being. She should see to his every need and desire.

Her duties include being in charge of everything domestic – house, cleaning and cooking, bearing sons, washing his feet, never betraying, providing him sexual gratification, being respectful and totally living to serve him and his family.

Remarriage is allowed by the man, if his wife does not meet his needs and cannot bear children. 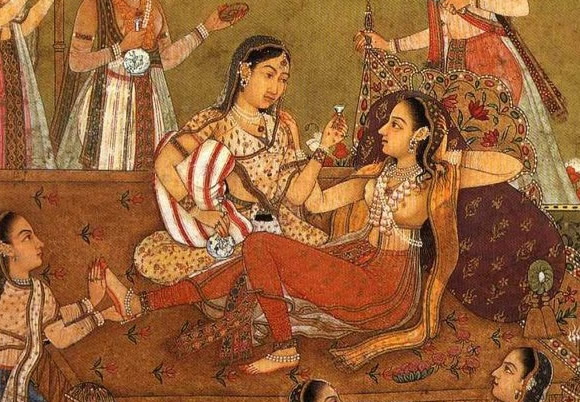 The fifth book advises the man of his need of other women, especially, other men’s wives and how men should judge the behaviour of women expressing interest.

If a man finds his love for another man’s wife exceeds that of his own wife, he should consider the other woman.

If he is completely mentally attached to the other woman, rejects current pleasures, shows mental imbalance, or lost the will to live, then he should pursue the wife of another.

However, he must take into account, her fitness for sex, any danger the union might pose to him, and the potential future effects of this relationship. Also, a man should only seduce one woman at a time.

The example of kings being allowed to have many women is highlighted so as long as they are introduced by his wife to him to ensure they have the art and skills to please him.

6. The Role of Courtesans 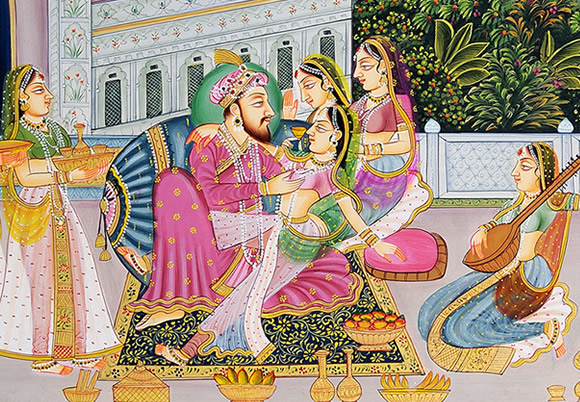 This book describes the role and importance of courtesans.

According to Vatsyayana, the courtesan (or vaishika) has always been a key aspect in human society.

They are not considered ‘prostitutes’ because they have been educated and trained to be partners for high-class men.

A courtesan is deemed to be proficient in the 64 sexual positions and also possesses a keen insight into a man’s psychology.

Sex with men gives courtesans a livelihood and sexual pleasure too.

The courtesan has two roles with a man. One as a real lover or the other only for money where her lovemaking is not real and even may be forced.

Either way, the courtesan has to show love for the man on every encounter, despite getting gifts and money or genuine attachment from a lover. 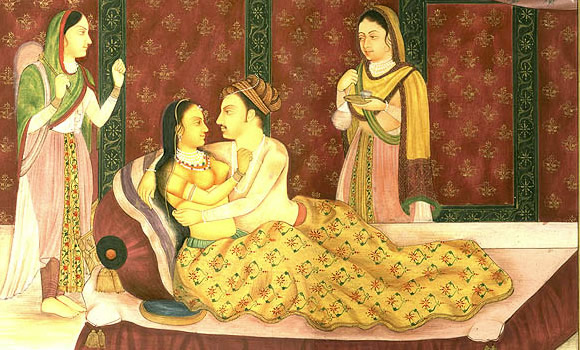 The final book focuses on sexual fulfilment not reached using the methods described so far.

Massaging pastes and creams on a man’s lingam can help enlarge it. Also by rubbing oil mixed with the seeds of pomegranates, cucumber and aubergines.

There is advice for men to increase their vitality using aphrodisiacs and recipes such as milk with sugar with licorice, or milk with sugar and the crushed testicles of a ram or a goat.

Using hands, oral sex, playing with a man’s prostate muscle or even using an “apadravyas” (a phallus-shaped aid) to stimulate orgasm are all mentioned.

It concludes that the Kama Sutra should be studied by young and old and basically, anyone looking to get fulfilment in love and sex.

So, as described the Kama Sutra isn’t a sex position manual but a complete works about gender behavior, love and sex. Presenting in-depth ways for women to satisfy men and vice-versa.

“In short, an intelligent and knowing person attending to Dharma and Artha and also to Kama, without becoming the slave of his passions, will obtain success in everything that he may do.”

Prem has a rich interest in social sciences and culture. He enjoys reading and writing about issues affecting his and future generations. His motto is 'Television is chewing gum for the eyes' by Frank Lloyd Wright.
What does Sexual Consent really mean?
Why is Inter-Caste Marriage a Problem?