Ayesha Zulfiqar was raped and murdered shortly after she supposedly got married in Pakistan. Her death has received widespread attention across the country.

"she was kidnapped, RAPED and KILLED."

Sixteen-year-old Ayesha Zulfiqar was found dead on September 14, 2019, in the suburbs of Narowal, Punjab, Pakistan.

The Narowal resident had been kidnapped before being raped and murdered.

After her body was discovered, residents immediately informed the police.

It was revealed that she disappeared on August 18, 2019, on her way home from school. It was also alleged that she had got married.

Ayesha’s father Zulfiqar Ahmed had filed a missing person’s complaint with the Sialkot Police, however, they could not find her for almost a month until residents informed them when it was too late.

The victim’s family had gone to the Lahore High Court in order to pressure Sialkot Police into taking action. The court ordered the police to find the abducted teenager as soon as possible.

Ayesha’s alleged kidnapper was identified as Adnan Barkat. He and his friends had been armed when they allegedly kidnapped the girl.

According to Mr Ahmed, Ayesha managed to call her family and explain that she had been abducted during August 2019.

She told them about Barkat and said that he was forcing her to marry him. 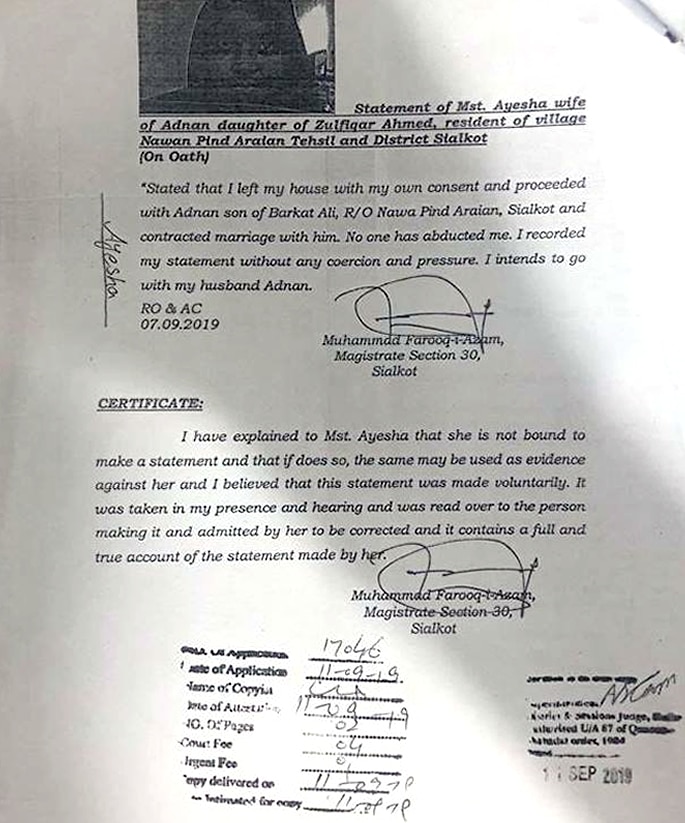 Ayesha also said that when she refused, he would physically and sexually abuse her. However, she was unable to provide her location.

On September 14, 2019, Ayesha’s body was found in a yard behind some houses in Narowal. Her body was taken to a hospital in Sialkot for a post-mortem.

An FIR was registered against Barkat but he was on pre-arrest bail until October 3, 2019.

Barkat told police that he and Ayesha were married and that she had not been kidnapped. The suspect produced a statement and it had been signed by Sialkot Magistrate Muhammad Farooq-I-Azam. It stated:

“I have left my house with my own consent and proceeded with Adnan son of Barkat Ali, R/O Nawa Pind Araian, Sialkot and contracted marriage with him. No one has abducted me.

“I recorded my statement without any coercion and pressure. I intend to go with my husband Adnan.” 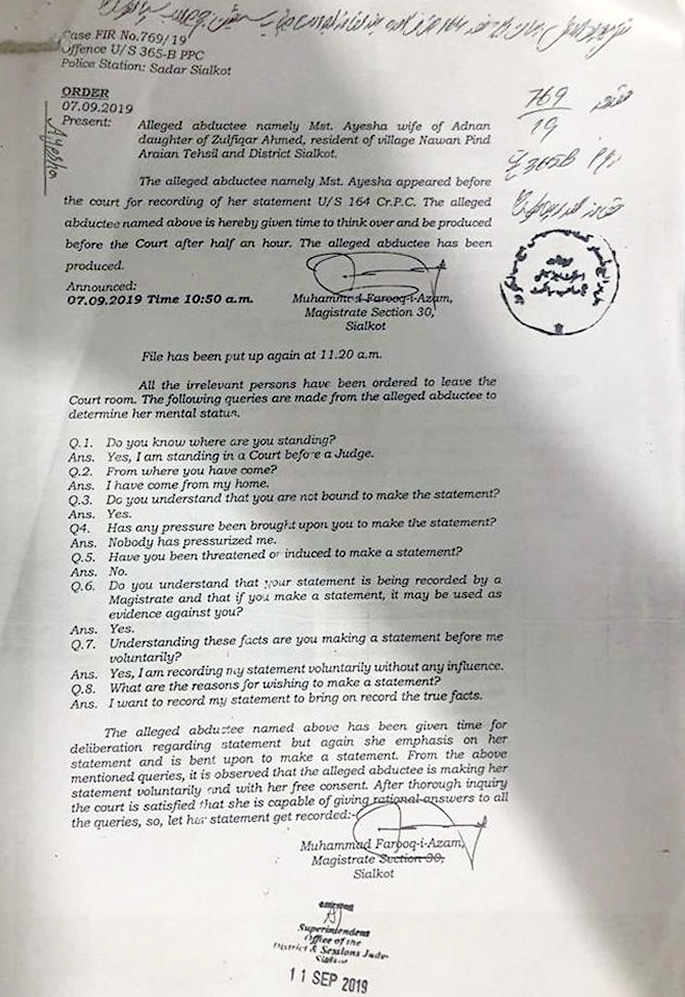 “Her name is Ayesha Zulfiqar, She is from Narowal, she was kidnapped, RAPED and KILLED.

“Yes, she was wearing Niqab and Hijab. Stop asking girls to dress modestly when you can’t teach your son to be HUMANS. Speechless.”

Another posted: “Ayesha Zulfiqar, 10th grader from Narowal was kidnapped, raped and killed.

“She was also wearing Abaya/Burka and was fully covered from head to toe.

“Her body was recovered with the signs of torture and she was draped in Abaya. #JusticeforAyesha #AyeshaZulfiqar.”

“She is Ayesha Zulfiqar from Narowal, who was kidnapped, RAPED and KILLED.

“Another victim of the beasts moving freely around us. Mr CM Usman AK Buzdar, could u imagine if she were ur daughter, what would have been ur reaction? We need Islamic legislatory system #JusticeforAyesha.”

Dhiren is a journalism graduate with a passion for gaming, watching films and sports. He also enjoys cooking from time to time. His motto is to “Live life one day at a time.”
Indian Mother catches Daughter writing Suicide Note
Thug told Victims ‘It’s time to die’ in Vicious Hammer Attack