"I can promise you, we will find both men."

British graduate Mayra Zulfiqar reportedly told Pakistani police that she was receiving threats before she was murdered.

She is believed to have told officers that two men threatened to rape and kill her.

Mayra also asked for police protection, but despite her pleas, police reportedly ignored her.

Prior to her murder, Mayra alleged that Zahir Jadoon threatened to kill her. She said Saad Butt had tried to sexually assault her after she refused his marriage proposal.

Mayra, who is originally from Feltham, London, was reported to have been friends with both men.

She was found dead at her apartment in Lahore on May 3, 2021, having been strangled and shot.

It was reported that four men broke into her apartment on the night of the killing.

Police believe the killing was a “crime of passion” after Mayra rejected marriage proposals from two suspects.

Police said that Mayra had uploaded objectionable photos of Zahir on social media after an argument, which angered him.

A suspect has been arrested but police stated that Saad is the main suspect.

It was revealed that Zahir was in a relationship with Mayra and had rented the apartment so that they could spend time there away from her family.

However, an initial investigation found Zahir did not spend time with her during her time in Pakistan.

“From our initial enquiries, Butt was romantically interested in Mayra even though she was involved with Zahir.

“He had rented a house so that they could spend time together and, in the weeks, leading up to the murder, were seen frequently with each other going out and about.” 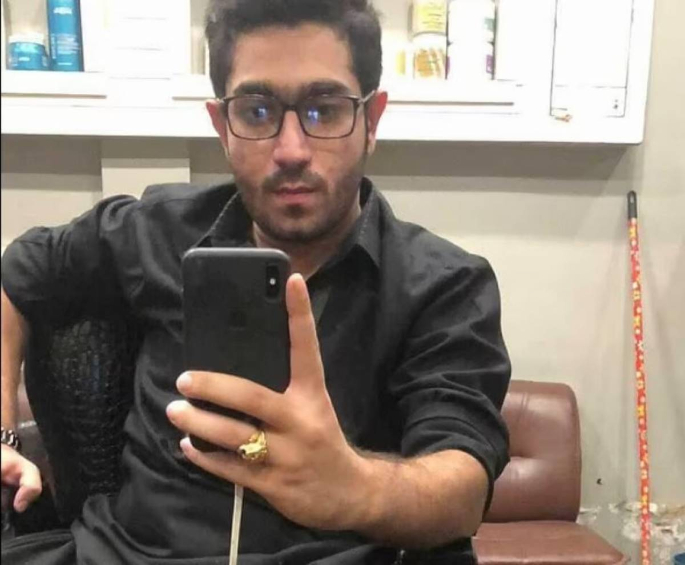 “Police have had previous dealings with him in the past and we are looking for him all over Lahore and across the rest of Pakistan because he could be anywhere.

“But it is a mystery to us why Zahir has also absconded and we are also looking for him because he will be able to provide us with a lot of information as to what actually happened.

“If he is innocent, then we don’t understand why he has gone missing. But I can promise you, we will find both men.”

Mayra Zulfiqar travelled to Pakistan in March 2021 for a wedding.

She decided to stay after Pakistan was placed on the UK’s travel ‘red list’.

A case was registered after her death following a complaint made by Mayra’s uncle, Mohammad Nazeer.

In the complaint, Mohammad knew that two men had threatened Mayra with “dire consequences” if she refused them.

He planned to speak with the pair, however, on May 3, 2021, he received a call from Mayra’s father, saying she had been shot.

Mayra was found at the apartment in a pool of blood next to her phone.

Superintendent Ali said: “We are also after two suspects and will share further details at a later stage.

“We have seized the mobile phone for forensic analysis.”

Police are also analysing footage from nearby CCTV cameras.

Mayra’s parents travelled to Pakistan just hours after finding out about her death.

Police are reportedly looking at two addresses of interest.

Dhiren is a journalism graduate with a passion for gaming, watching films and sports. He also enjoys cooking from time to time. His motto is to “Live life one day at a time.”
Nepal to follow India in Covid-19 Crisis?
Family allege ‘Racist’ Treatment during Hotel Quarantine