A prolific robbery gang from Lancashire committed several offences. However, they were caught when their escape resulted in a car crash.

"You were prepared to resort to violence to achieve your ends"

Four men who were part of a robbery gang have been jailed for a total of 77 years. Manchester Crown Court heard the men committed 10 armed robberies in just over five weeks, stealing £87,500.

They had carried out raids on cash-in-transit vans in Manchester, Rochdale, Oldham, Bury and Stockport.

However, their 11th raid in Halifax resulted in their arrests when their stolen VW Golf smashed into a bridge and ended up teetering 20-foot above a river.

The failed Halifax robbery happened on January 31, 2019, when a guard was robbed while carrying a cash box containing £25,000 at a Natwest branch.

After threatening the guard with a hammer, the robbery gang fled in the stolen car.

The vehicle had no front number plate when it went past a West Yorkshire Police car, which was looking for the car.

In a bid to escape, the Golf lost control on a sharp bend in Oldham Road, Ripponden. It was left hanging over a bridge wall.

Sajjad Hussain was left dazed in the car alongside the stolen £25,000. The other three men fled but were captured nearby. 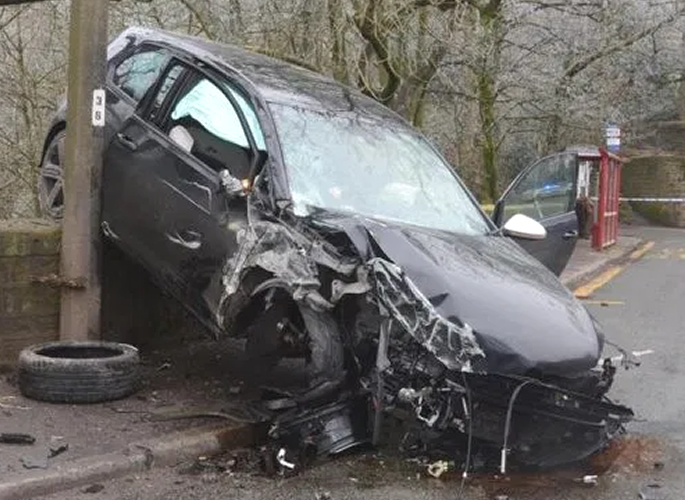 A witness saw Anas Khan fleeing and followed him, which later helped in his detection. It was revealed that Hussain worked at an HSBC call centre.

He lied to his bosses that his grandmother had died so he could take the day off to complete the heist.

Four weeks earlier, he claimed that his wife was ill so he could raid a cash and carry in Longsight, Manchester.

It was heard that the robbery gang conducted daylight raids targeting guards and picking up cash takings from restaurants and shops from November 26, 2018, until January 31, 2019.

Detectives found similarities between the offences such as guards being threatened and sometimes attacked with weapons.

Three men would then make off with a cash box, while the fourth remained in a getaway car ready to flee the scene.

No guards were seriously hurt but they described being “badly shocked” and “wary” following their ordeals. One said he was thankful that “things didn’t go horribly wrong.”

Judge Michael Leeming said the men showed a “complete disregard for the impact this sort of criminality has on the public.”

He told them: “You were prepared to resort to violence to achieve your ends, regardless of the presence of the public, for very large rewards.”

The men planned the majority of their robberies for Mondays as they knew cash takings would be higher following the weekend.

A measure they took which helped police link the crimes with the gang was the way they took the cash from the boxes.

As a security measure, the boxes emit dye if opened. The gang used a Stihl saw to open them and remove the cash. 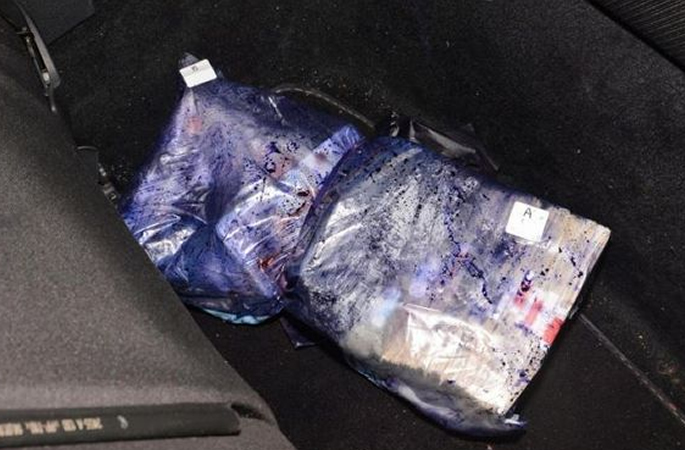 After the robberies, the gang used fixed-odds betting terminals at bookmakers to launder the cash.

Khan operated a salvage yard where cars used in the heists would be destroyed or stripped down and never seen again by police.

Abubakir Iqbal, aged 30, of Accrington, was found guilty of conspiracy to commit robbery.

Stella Massey, defending Khan, explained that her client has been prescribed medication for stress as he owes a £40,000 cannabis debt to an Albanian gang, which is still outstanding.

Mahmood’s barrister Zarif Khan said that his client committed the offences as he “enjoyed the adrenaline surge” and it was a “form of escapism” from the “pressure within the family set-up.”

Jeremy Hill-Baker said that there is “plainly another side” to Hussain, who is expecting his third child.

“This was a brazen group of individuals who had no regard for the safety of others as they flouted the law in pursuit for gains.”

“I would like to commend the dedicated team who have been committed to this investigation and who today, have seen justice prevail.

“I hope these prison sentences serve as a stark reminder that we will leave no stone unturned in our investigations.”

Manchester Evening News reported that Khan launched a foul-mouthed tirade towards Judge Leeming after being jailed.

He repeatedly called the judge a “f*****g muppet”.

Judge Leeming warned that Khan could face further punishment and be held in contempt of court if he did not apologise for the verbal abuse.

Dhiren is a journalism graduate with a passion for gaming, watching films and sports. He also enjoys cooking from time to time. His motto is to “Live life one day at a time.”
Suspicious Indian Husband killed Wife after Love Marriage
British Red Cross Campaign helps Women in Bangladesh