"I don’t believe that boys have to wear blue and girls pink."

Bollywood actress and mom-to-be Anushka Sharma will be featuring on the cover of Vogue India’s January 2021 issue.

The actress had revealed her first pregnancy with her husband the captain of the Indian cricket team Virat Kohli on Instagram earlier in 2020.

The first child of the cricketer-actress duo is due in January 2021.

On December 30, 2020, Vogue India took to Instagram to share glamorous pictures of the actress, flaunting her baby bump.

In one of her looks, Anushka is seen pairing a long coat with a bra and pyjamas by designer Sabyasachi Mukherjee. 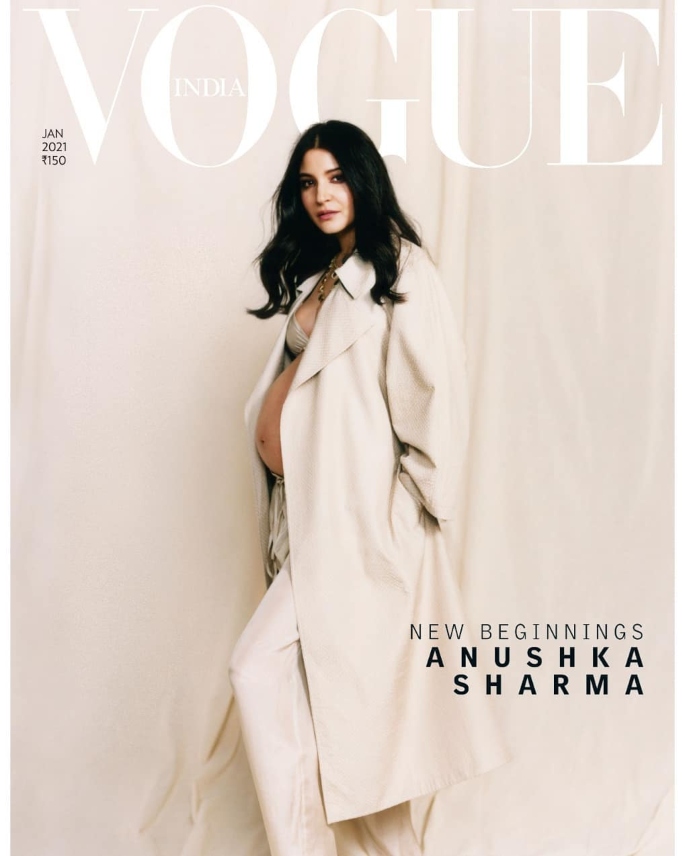 Anushka completed her look with her messy hair and minimal jewellery and looked stunning in the glory of motherhood.

In her interview, Anushka shared how she had bonded with the other women in her life during her pregnancy.

She says: “When you are expecting, you connect with people you never thought you would.

“Honestly, all the women in my life, not only my close friends, have been so kind, so helpful in reaching out…

“For all those questions, you have to have that circle. I think it’s really underrated, that ‘sisterhood’.”

In another look shared by Vogue India, Anushka looks radiant in a half-buttoned white shirt and a pair of black briefs. 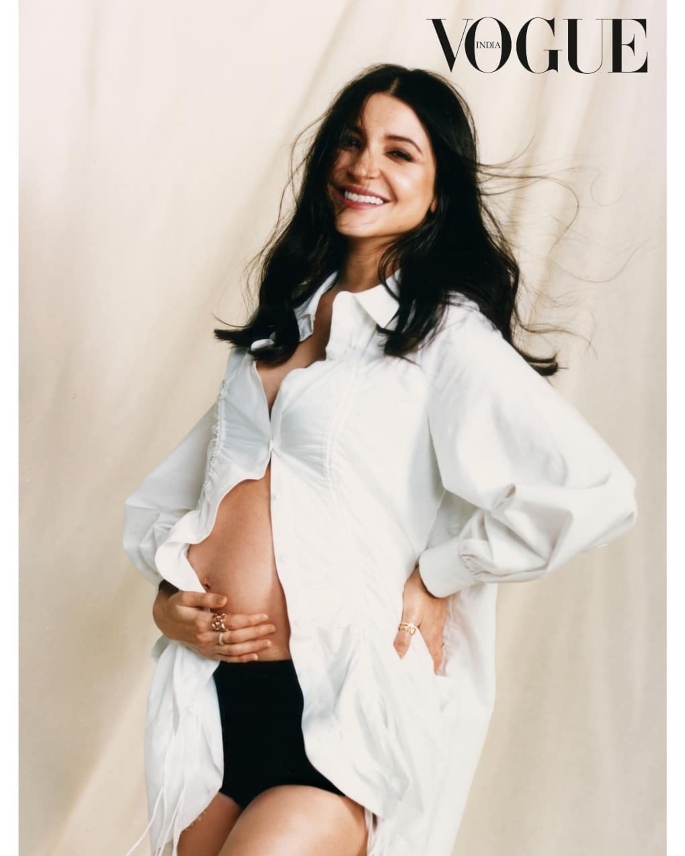 The 32-year-old actress went on to share that she got an animal-themed nursery designed for her baby.

She claims: “I don’t believe that boys have to wear blue and girls pink. The nursery has all colours.”

Anushka pictured looking pretty in an olive green knit dress, among other looks. 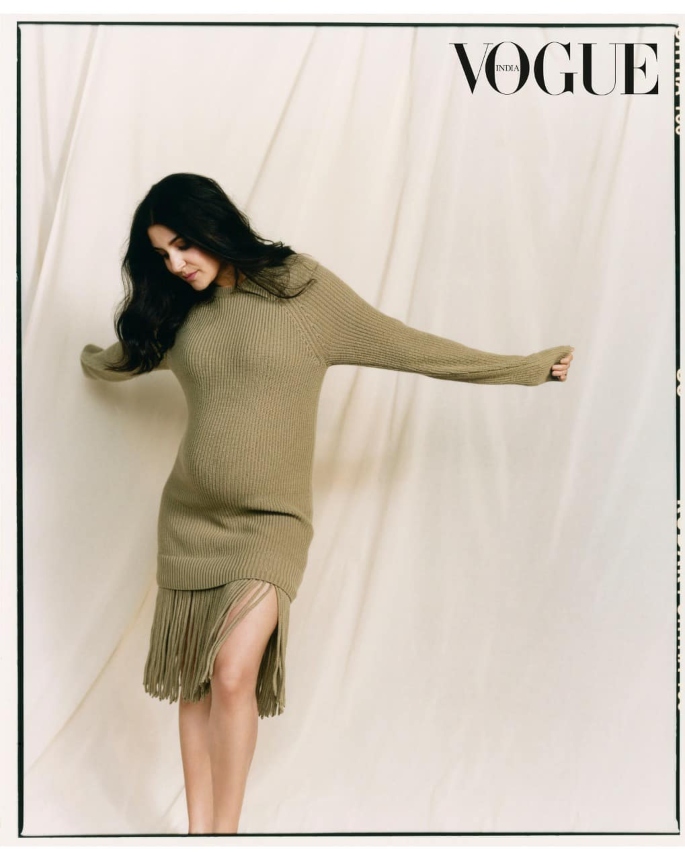 Anushka continued: “The pandemic has been a weird blessing in a way. Virat was around and I could keep the pregnancy a secret.

“We only left to go to the doctor’s clinic. No one was on the streets so we couldn’t be spotted.” 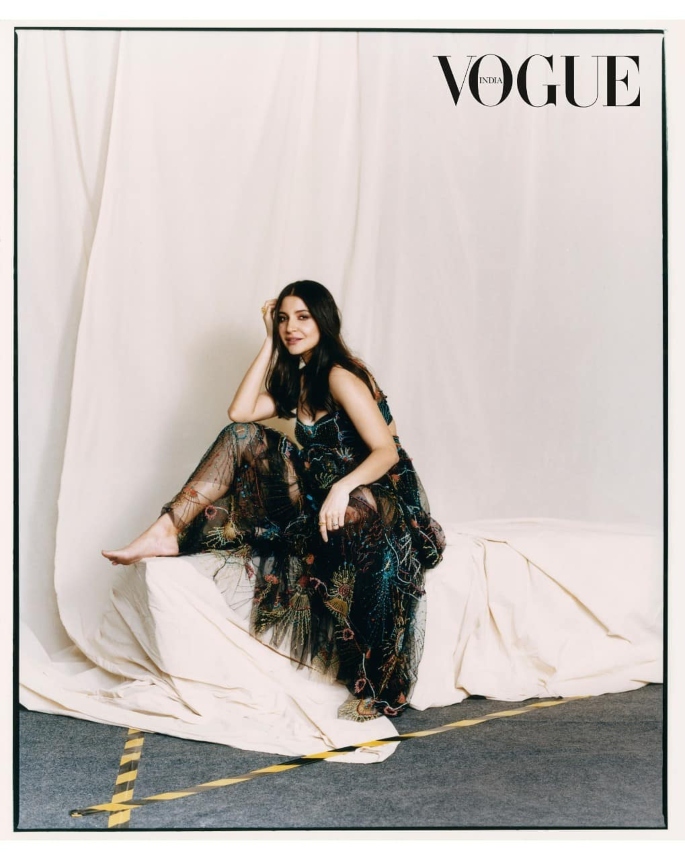 Anushka Sharma revealed that she and her husband Virat Kohli did not want to raise their child in the public eye.

The Sultan actress stated: “We’ve thought about it a lot.

“We definitely do not want to raise a child in the public eye we don’t plan on engaging our child in social media.

“I think it’s a decision your child should be able to take. No kid should be made to be more special than the other.

“It’s hard enough for adults to deal with it. It’s going to be difficult, but we intend to follow through.”

Virat Kohli announced in December 2020, that he would be quitting the ongoing Test series between India and Australia midway for paternity leave.

“It is a very, very special and a very, very beautiful moment in our lives and something that I truly want to experience.”

Akanksha is a media graduate, currently pursuing a postgraduate in Journalism. Her passions include current affairs and trends, TV and films, as well as travelling. Her life motto is 'Better an oops than a what if'.
Bangladeshi Director arrested over Film Depiction of Police
Bollywood Films to Look Forward to in 2021