Bollywood Films to Look Forward to in 2021

Sports movies will continue to dominate Hindi cinema. DESIblitz showcases the best Bollywood films to watch out for in 2021.

In 2020, many Bollywood films did not come out due to the coronavirus pandemic.

With many filmmakers delaying their shoot or having to stop midway through, they were forced to release their Bollywood films in 2021.

Hence, it is a double whammy, with 2021 potentially having to squeeze in more movies than ever before.

Sports films will be dominating 2021, with genres also reflecting history, comedy and thriller.

We zoom into six of the best Bollywood films that are releasing in 2021. 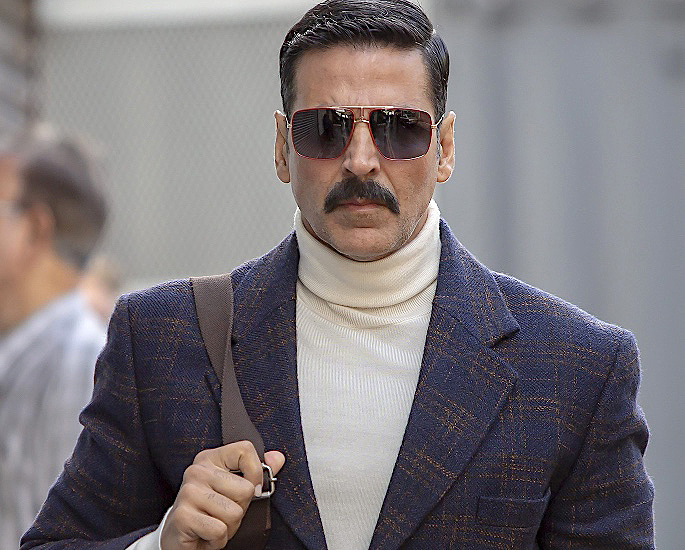 Bell Botton is an action spy-thriller film. Ranjit M Tewari is the director of the film, with Aseem Arora and Parveez Sheikh being the writers.

Akshay Kumar is the male lead in the film, playing the role of Rishi Vikram Khanna. Vaani Kapoor is the female lead, with her character portraying the wife of Rishi.

This is the first time Vaani is coming in a film, which does not fall under the Yash Raj banner. The film also features Huma Qureshi and Lara Dutta in important roles.

Bell Bottom takes inspiration from true events in the 80s, reflecting memorable heroes from that period.

It was the first major Bollywood movie to shoot during COVID-19 in Glasgow, Scotland between August and September 2020.

“Alone we can do so little, together we can do so much. Its teamwork and I am grateful to each and every member of the cast and crew.”

In the poster, Akshay is visibly wearing a suit, with sunglasses and a bag in his hand. Production company Pooja Entertainment went onto release the official teaser of the film on October 5, 2020.

The inro music takes a sample from the track ‘Din Daa Daa’ by George Kranz, Shake, The Ying Yang Twins and Pitbull.

Bell Bottom is releasing on April 2, 2021, subject to the COVID-19 situation. 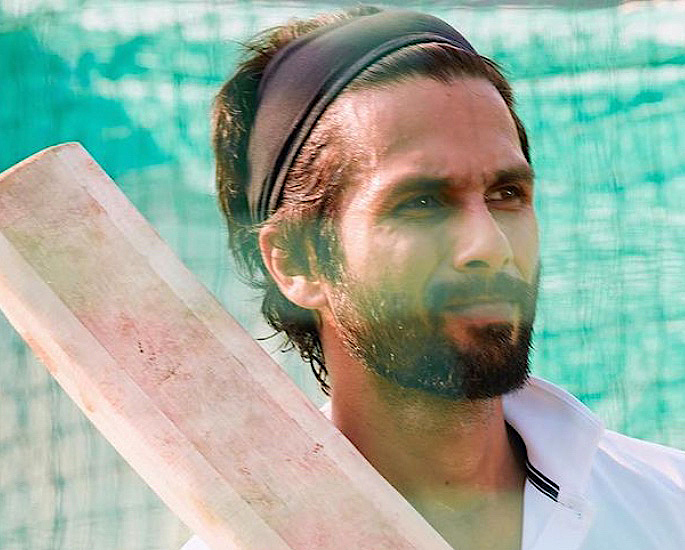 Jersey is a sports movie that is helmed by director Gowtam Tinnanuri. It is a remake of the namesake Telugu film that came out in 2019.

The film follows the story of Arjun who tries to make a comeback after ten years. It is his dream to represent India in his forties.

The shooting of Jersey began in Chandigarh, India during December 2019, with the film coming to a wrap up in 2020.

Shahid went on his Instagram to share a heartfelt note with an image of himself in an empty night stadium. An excerpt from his message reads:

“It’s a film wrap on #jersey …. 47 days of shoot during covid. Just unbelievable.

“I am so proud of the entire team. It’s nothing short of a miracle.”

“If there was ever a time I could connect with the underlying spirit of a film this was it. As we all fight through this pandemic. Let’s always remember. This shall pass too.

“Here’s to my best filmmaking experience yet. Here’s to Jersey … we shall overcome.”

Originally meant to release in August 2020, the film will hit theatres between January and March 2021. 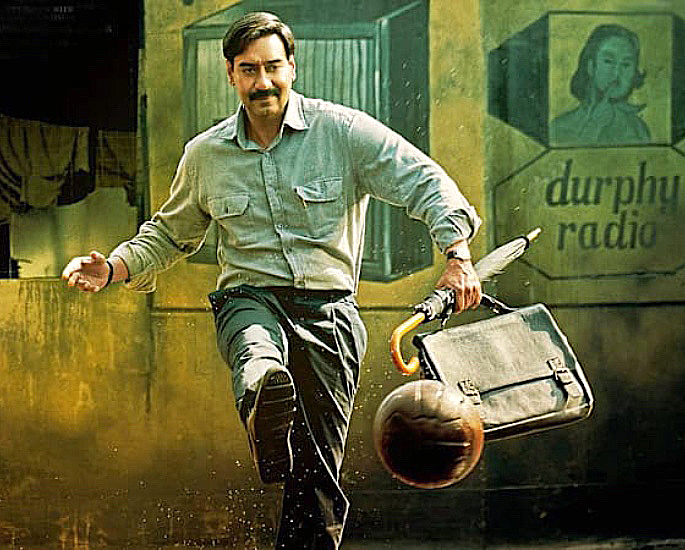 Maidaan is a sports biographical drama film that is directed by Amit Ravindernath Sharma. He is a national award-winning director.

Rahim had a major contribution in taking Indian football positively forward. The film focuses on the period between 1952 and 1962.

Ajay has gone onto share two posters of the film on Twitter. In the first poster he is holding a football in his hand, with a caption reading:

In the second poster, Ajay wearing a denim shirt and trousers is seen kicking a football. In his tweet, the caption states: 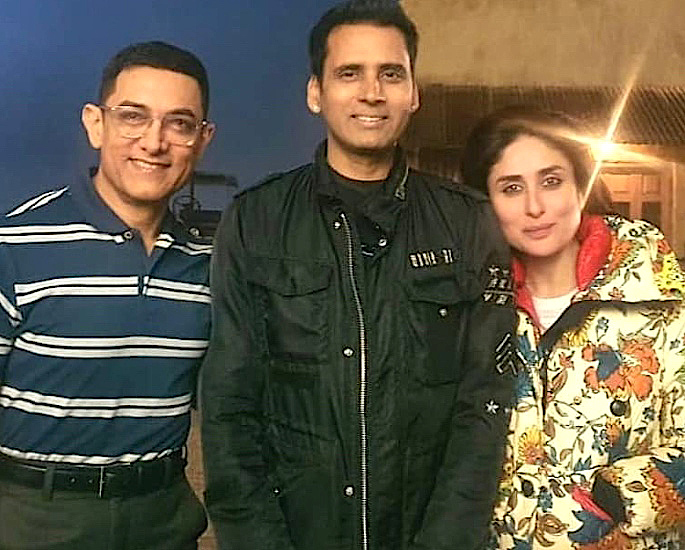 Lal Singh Chaddha is a comedy film, which is an official remake of the American movie Forrest Gump (1994).

Avadait Chandan of Secret Superstar (2017) fame is the director of the film. Indian actor Atul Kulkarni makes his debut as the writer for this film.

The film is a joint production between Aamir Khan Productions and Viacom 18 Studios.

The film stars Aamir Khan in the title role, with Kareen Kapoor Khan playing a leading part. She takes on the role of Maneela Sodhi. She is the wife of Chaddha.

This is the third time that Aamir and Kareena are sharing screen space after 3 Idiots (2009) and Talaash (2012).

Shah Rukh Khan and Salman Khan have cameo appearances in the film. However, all three Khan’s will not share screen space.

After buying the rights of Lal Singh Chaddha, Aamir made the official announcement of the film on March 14, 2019. This also happens to be his birthday.

The shooting of the film has taken place in over 100 locations. Initially, shooting began from Chandigarh on October 31, 2019.

Though, everything came to a halt in March 2020 due to the coronavirus pandemic.

Shooting then took place in Turkey, before resuming at home in Delhi in mid-September 2020.

A video of him shooting in the capital went viral, with one fan praising Aamir on Twitter:

Despite Aamir suffering an injury during an action sequence, most of the shooting came to a finish in October 2020.

The team intend to release the film during Christmas on December 24, 2021. 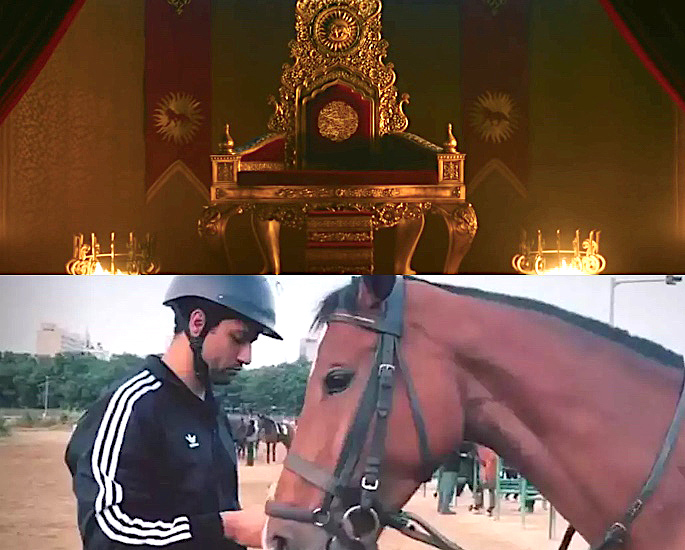 Takht is a historical action-drama film under the banner of Dharma Productions. This star-studded film is a direction of Karan Johar.

Takht highlights the opposition amongst brothers, whilst trying to claim power.

The Mughal era is the setting of this magnum opus. The film addresses themes of romance, intense selfishness and determination.

This is the second time Ranveer and Alia are working together. Anil and Kareena collaborate once again since appearing in Tashan (2008).

On February 1, 2020, Ranveer went on Instagram, posting a video of the first look for the film. Summarising the film, he told the media:

“It’s like the K3G of the Mughal era. But it’s more extreme, there is more betrayal. It has the tropes of court politics. It’s so rich in texture.”

Meanwhile, Vicky spoke to the media about the challenge of sticking true to the story:

“I’ve always wanted to be a part of historical drama. This one is as big as it gets, with a great ensemble cast and Karan helming it.

“They have their own pressure to make the narrative as true as what’s written in history. For us as performers to the pressure is the same.”

Takht is one of the most highly anticipated Bollywood films, releasing on December 24, 2021. 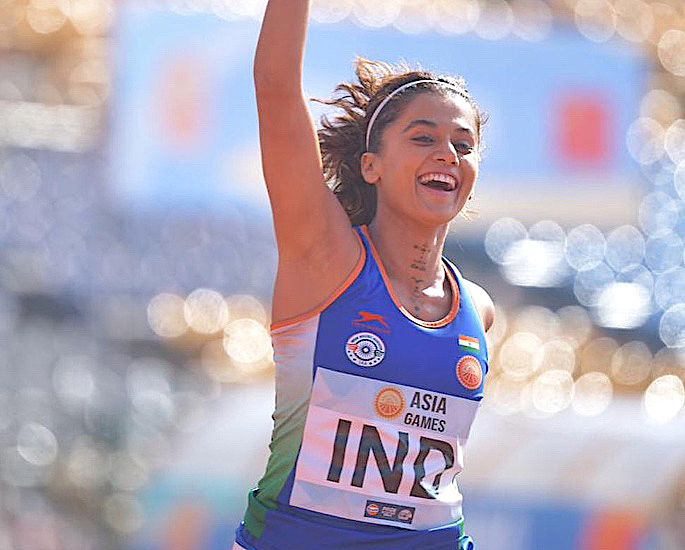 Rashmi Rocket is a sports drama direction of Akarsh Khurana. Ronnie Screwvala, Neha Anand and Pranjal Khandhdiya are the three producers of this film.

The film stars Taapsee Pannu in a leading role as Rashmi, with Priyanshu Painyuli and Abhishek Banerjee also featuring in it.

Priyanshu plays Taapsee’s hubby in the film. The story is revolving around a runner from Kutch District in Gujarat who battles for her identity on course to becoming an athlete.

She is given the name Rocket by fellow villagers for being a fast sprinter. Taapsee has had to physically transform herself for this role.

Taapsee went on Instagram to post an image of her on the track, raising the right arm in the air. Alongside the picture, she wrote:

“Halfway through the finish mark. From running legs to shake a leg…Roll the music and …… Halo Garbo Karva”

Abhishek Banerjee is delighted to be part of this project, especially as it is a different kind role for him. Talking to Bollywood Hungama, the actor said:

“I am very happy and excited to be a part of Rashmi Rocket! After a long time, I have found another unique role to essay.

“There are some exciting things in store and viewers will definitely love it.”

The shooting of the film began from the city of Pune during November 2020. During the same month, the shooting in Pune came to a completion. Rashmi Rocket will release sometime during 2021.

The list does not stop here, with so many other Bollywood films to look out for. These include Sooryanvanshi, 83, Saina, Raksha Bandhan and Bachchan Pandey.

Whilst all these Bollywood films are planning a cinema release, it will be interesting to see if any become available online via popular streaming platforms.

Faisal has creative experience in the fusion of media and communication and research which increase awareness of global issues in post-conflict, emerging and democratic societies. His life motto is: "persevere, for success is near..."
Anushka Sharma Stuns on Cover of Vogue India
Gal Gadot honours Bilkis Bano as ‘Personal Wonder Woman’