‘Maidaan’ Kicks Off The Golden Era of Indian Football

Ajay Devgn will feature in the 2020 Bollywood film ‘Maidaan.’ The movie follows the story of Syed Abdul Rahim and the Indian national football team.

“It takes someone like Ajay Devgn to play Syed Abdul Rahim.”

The exciting sports film, Maidaan will come to fruition when releasing in 2020.

Zee Telefilms first broke the news about the film in July 2018. A year later, the shoot of the film has got underway in Mumbai.

The biographical film will revolve around former Indian national team coach, Syed Abdul Rahim. The announcement of actor Ajay Devgn portraying the lead role of Rahim created a lot of buzz amongst the fans.

Equally, there is as much excitement about South Indian film actress making her Hindi film debut with Maidaan.

A poster revealed of the film provides a visual insight to the film and what it is about.

Despite Maidaan releasing in 2020, the director and producer of the film have already voiced some initial thoughts bout movie. 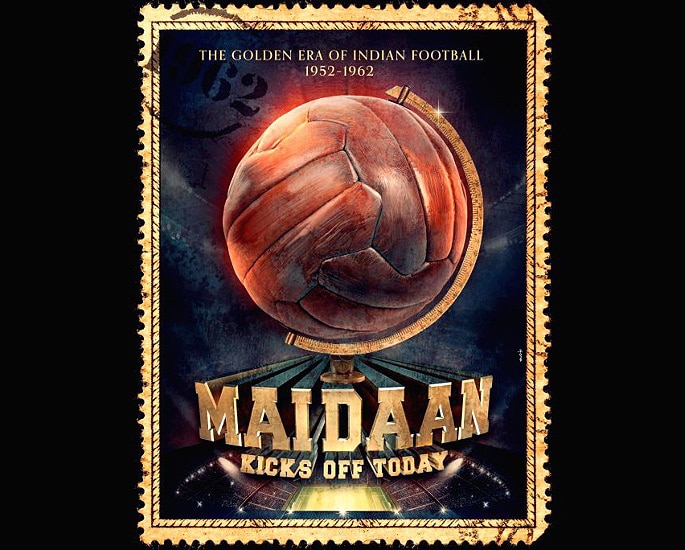 Ajay Devgn who plays the main character in the film went on Twitter to share the poster of the film. Fans had the chance to get their first look on August 19, 2019.

The contents on the poster speak volumes for what the plot is about. The title, ‘The Golden Era of Indian Football 1952-1962,’ immediately suggests a historical aspect of the sport, linking back to India.

The main stand out feature within the poster is a classic football, placed in a globe holder.

Interestingly, the football in the poster appears to be made from vintage leather. The material and design of the football indicate to the audience that the film goes back in time.

Visually the poster has a powerful message in terms of how universal, football is. The globe holder implies that the Indian football team is hoping to challenge worldwide.

Another highlight of the poster are the choice of words underneath the globe holding football – ‘Maidaan – Kicks Off Today’.

The ‘kick-off’ signifies an element of the game, which relates to the film shoot starting.

With Bollywood audiences gearing up for Maidaan, fans have been voicing their opinions. One Twitter user is extremely optimistic about the film, claiming:

“If this film is well made, then it has the potential to score huge at the box office and win a National Award for Best Film.”

Also, the 1962 stamp positioned in the top left corner may be of significance. This was after India achieved a historic win in the 1962 Asian Games, defeating South Korea 2-1 in the final.

At the bottom of the poster, we can see a live football match taking place. This may allude to a particular or memorable scene from the film.

Director and Producer Take On ‘Maidaan’ 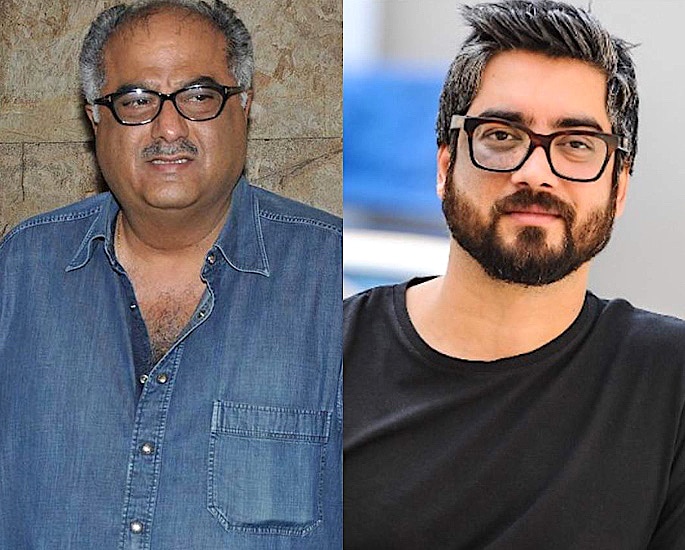 The announcement of the director and producer for the film quickly went the rounds. News broke that Amit Ravindrenath Sharma was going to be directing, with famous filmmaker Boney Kapoor producing.

Both Amit and Boney have given some hints about the story of Maidaan.

Amit who had a successful outing as director of Badhai Ho spoke to the media about how people should approach Maidaan:

“The scale is bigger, football is there, sports is there, but it won’t be going in the cliché zone. We are trying to give it a fresh perspective. That’s the challenge.”

Discussing the main character and the best period for football in India, he adds:

“It is a story of a person who has done a lot. I am not calling it a biopic, I am calling it the golden era of Indian football. The film is about that.”

Boney Kapoor, the producer of the popular film Mr India (1987), put out a tweet on Twitter, expressing his excitement for Maidaan:

“Proud to kick off the Untold Story of The Golden Years of Indian Football.”

What Can Ajay Devgn Bring To The Role? 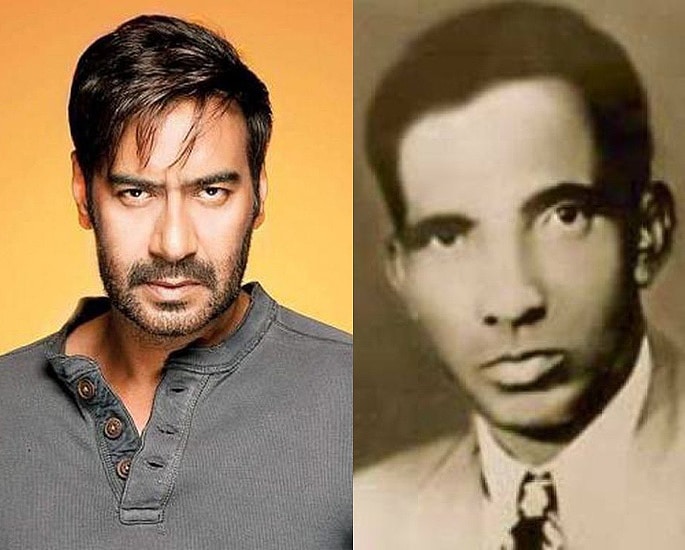 With Ajay Devgn featuring in Maidaan, his mainstream stardom in the Bollywood industry automatically generates interest to the film. However as he plays the main role, all eyes will be on him to bring justice to his character.

Speaking to an Indian newswire, Boney Kapoor once again was full of praise for Syed Abdul Rahim:

“I was amazed that not many are aware of someone as significant as Syed Abdul Rahim. He’s an unsung hero whose achievements must be saluted.”

Boney is also confident that Ajay Devgn is the perfect man to take on the role, as he states:

“It takes someone like Ajay Devgn to play Syed Abdul Rahim.”

As a character, Syed Abdul Rahim, is a key figure in the film, especially in reference to the real “The Unsung Hero”. He was responsible for taking the India football team to new heights during the fifties and sixties.

From managing to win the Asian Games in 1951 and 1962, his accomplishments have fallen under the radar. Additionally, one of his biggest achievements includes taking India to the semi-finals at the 1956 Olympics.

Despite suffering from cancer in 1962, Rahim still took India to the final of the Asian Games. Seeing that his managerial run lasted from 1950-1962, it is likely the film will focus on those twelve years.

Therefore, Devgn will represent his epic journey with the team until his death in 1963. The film will no doubt show Ajay Devgn portraying the strengths and struggles of Syed Abdul Rahim. 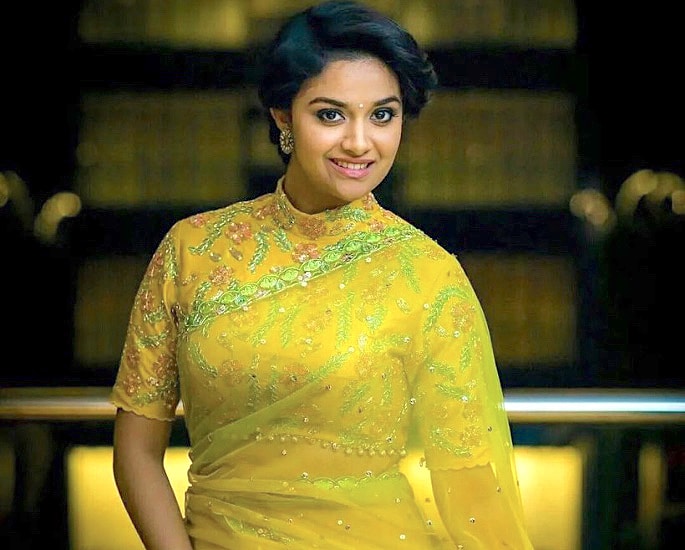 Actress from the south, Keerthy Suresh is very fortunate to be making her Hindi film debut in Maidaan. Working alongside Ajay Devgn and the entire crew in an intense sports film will further boost her career.

Keerthy is a familiar face in the Indian film history, previously featuring in Malayalam, Telegu and Tamil movies from a young age.

Over time, naturally, there will be more details about her specific in the film. The award-winning actress very much looking forward to Maidaan went on took to express her feelings:

Confident in her own ability, she also told IANS:

“With all my past films, I have consciously chosen to do roles that challenge me and add to the narrative of the film. When the makers came to me with this role, I was quite intrigued by it and felt that I would be able to pull it off.”

As Maidaan is predominantly about the sport of football and Syed Abdul Rahim, she can offer a uniquely female perspective.

Keerthy Suresh certainly seems to have an interesting role in the film, handing her a distinct advantage.

How Can The Film Impact India? 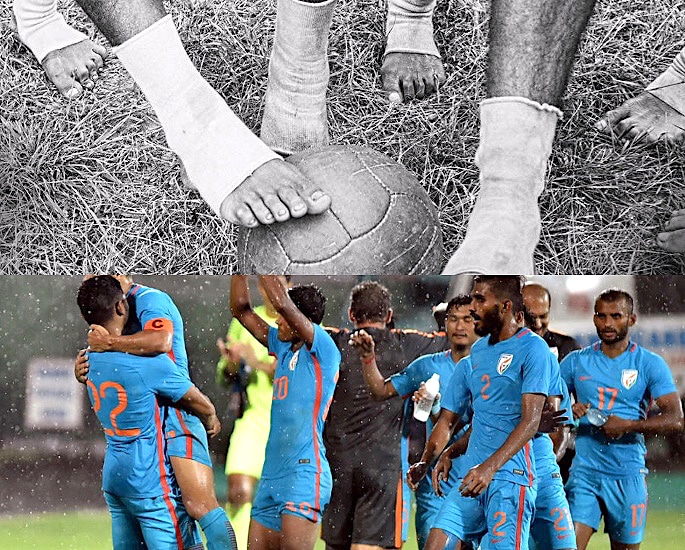 With Maidaan telling the story of the golden era and Syed Abdul Rahim, the film can have a far-reaching impact. Alongside the growing success of the Indian Super League, this film can take India to new heights in expanding the interest in Football.

Producer Boney Kapoor also believes Maidaan can have a positive influence over India:

“I can just hope that our film inspires youngsters to play football, and India soon to bring the World Cup home.”

“This film is a forgotten chapter in the Indian history and I am glad that the makers have chosen to tell this story”.

“It is a film that will make every Indian proud; it will be an emotional ride that caters to all sections of the audience.”

The confidence of all will certainly go a long way in making Maidaan a huge success, hopefully putting Indian football on the world map.

Reportedly, the first schedule for Maidaan in Mumbai came to a finish in September 2019. During an interview with the media, Boney Kapoor revealed the different locations for the shooting:

“We will film in three cities – Indonesia’s Jakarta, Italy’s Rome and Australia’s Melbourne – to remain true to the events.”

Filming will continue from late September 2019 in Mumbai, before moving onto the other cities across the globe. Fans will be awaiting the trailer of the film, which will build further hype ahead of the release in 2020.

Ajay is a media graduate that has a keen eye for Film, TV & Journalism. He likes playing sport, and enjoys listening to Bhangra and Hip Hop. His motto is "Life isn't about finding yourself. Life is about creating yourself."
Zareen Khan reveals Casting Couch ‘Kissing Scene’ Incident
The Chase’s Paul Sinha opens up about Parkinson’s Diagnosis