The AFC Asian Cup 2019 football tournament has kicked off in the United Arab Emirates. Twenty-four teams feature in the competition, including India.

“We have to keep showing the unity which has made us stand out."

The 17th edition of the Asian Cup 2019 football tournament has got underway in the United Arab Emirates (UAE).

Organised by the Asian Football Confederation (AFC), the 18-day long major competition, which takes place until February 1, 2019, is important for teams from Asia and Oceania.

The four-yearly International men’s football event allows the sport to develop, especially in a continent with a big population of football fans.

When we look at the landscape of the tournament, there is a total of twenty-four teams participating.

While most of the sides are ranked low in the FIFA rankings, teams like South Korea have previously done well in World Cups.

Vietnam is a dark horse and may surprise many teams, stirring up the tournament. If India plays as a collective unit with some motivation, they could shock a few teams also.

There are several top-class footballers who have the potential to become star champions of the Asian Cup. 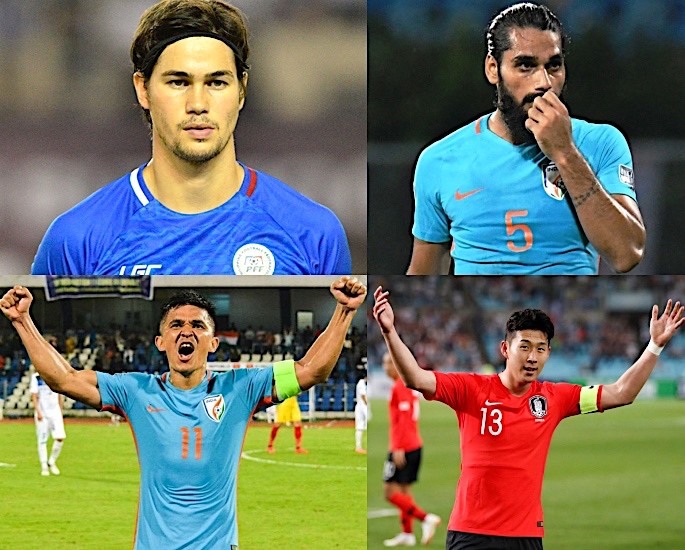 The top two teams, along with the four best third places sides will reach the knockout stages, commencing with the last 16 round.

Subsequently, teams will qualify for the quarter-finals, semi-finals and final itself.

Eight different grounds in four cities of the UAE will stage the matches.

Let’s take a closer look at the six groups, including the prospects of the teams, along with highlighting some of the big players: 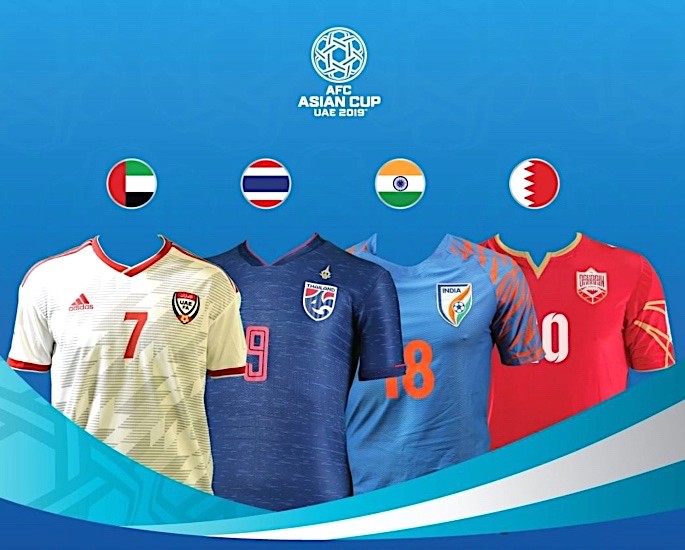 India, which is part of Group A is a growing football nation.

Even though India has struggled over the years, they did have a stretch of good results in 2018. For example, holding China to a 0-0 friendly draw in October 2018.

The infrastructure of India has improved with the launch of the Indian Super League in 2014. India’s firepower to succeed is also phenomenal.

Sunil Chhetri is captain fantastic and their all-time leading goal scorer. He is an impressive player who has no issue finding the back of the net.

While Chhetri has striking abilities, he is in his early thirties. Hence fitness will be key for Sunil.

Central defender Sandesh Jhingan is like the Indian wall and could be a key player for them. According to Jhingan India can get the results as long as they dig deep and play as a team:

“It’s going to be tough, but not impossible. We have to stick to our plan and perform as the coach wants us to.

“We have to keep showing the unity which has made us stand out. If we do that, we can grind out the results we need.”

When asked about the toughest team in their group, Sandesh replied:

“UAE are the host team and I feel they will be tough to face. But I believe that the onus is all on us.

Indeed, hosts UAE are somewhat favourites in this group. They have home advantage, crowd, on their side and are familiar with the conditions

The other team that can give a difficult time, particularly to India is Thailand.

Thailand does have football tradition and heritage. They have got some good players coming through the ranks.

Bahrain, the fourth team in the group will have to string up a few results to have a chance. 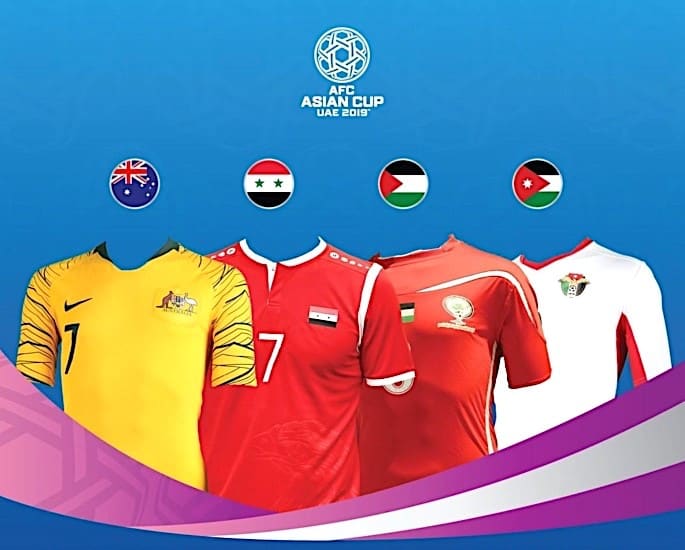 Australia, nicknamed the Socceroos are favourites from Group B. They are also the defending champions, having won the tournament in 2015.

Australia beat South Korea 2-1 after extra time in the final four years ago. Some experts believe they can retain the trophy.

Going by form and past record, Australia should qualify out of the group. But a couple of their players have retired since the 2018 FIFA World Cup, including striker Tim Cahill.

Although some may wonder, why is Australia competing in the Asian Cup? Well, the tournament apparently does cover this side from the Oceania region.

Nations from the Levant area, including Syria, Palestine and Jordan are the three teams joining Australia in Group B.

Some may remember that Australia did play against Syria in the 2018 World Cup play-off, overcoming them 3-2 on aggregate.

The grudge fixture on January 15, 2019, featuring both teams is a chance for Syria to get revenge.

Sports journalist, Ubaida Nafie told CNN that Syria can do well in the tournament, mentioning:

“The team [Syria] can play a leading role.”

“The players are in good shape and the technical and management staff are also effective.”

Palestine and Jordan who may struggle to finish in first or second position will battle it out for third place. 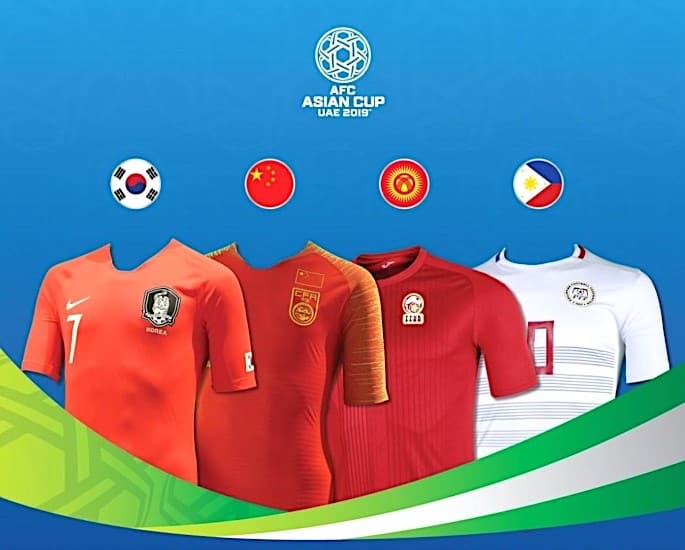 Moving to Group C, South Korea have to be among the favourites. South Korean midfielder and captain Son Heung-min from Tottenham Hotspur could be the star of the tournament.

Their 2-0 win against Germany at the 2018 FIFA World Cup was massive, as they left the tournament on a high and with smiles.

South Korea also won Gold at the 2018 Asian Games, beating Japan 2-1 after extra time. That was a big feather in the cap for them.

China another growing football power will probably get through in the second position. They have a good mix of experience and youth in their side.

It is the first time that the Philippines has made it to the Asian Cup. Football is not necessarily the most popular sport in the Philippines, but people are passionate about it. The sport has huge potential there.

There is a lot of excitement in the country, with not too much expectations. People just want the team to do their best.

Phil who leads the side plays in the forward position, whilst James is a winger.

Former England manager Sven-Goran Eriksson from Sweden is the coach of the Philippines. That is a huge appointment for them.

Being the lowest ranked team in the group, the Philippines will struggle to progress for the latter stages,

The Philippines, however, does have an advantage over newcomers Krygzstan. South Korea and China are quite a contrast to the Philippines and Krtygzystan. 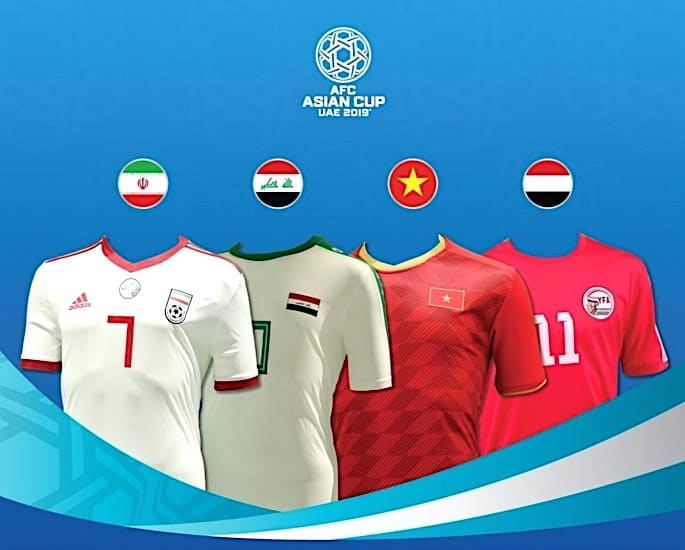 Group D is interesting as it includes former winners Iran and Iraq who have a conflicting history. Vietnam and Yemen complete this group.

Iran, the highest ranked team in the tournament will go through barring any major shock.

Don’t forget Iran pushed Spain and Portugal all the way in the 2018 FIFA World Cup. Despite not carrying that form to the Asian Cup, their Portuguese coach Carlos Queiroz is optimistic about the team:

“After the World Cup we were living a good moment with our performances and the opportunities that most of our players got to live and play in good teams in Europe, but unfortunately we have been hit by a wave of injuries since September.

“But we have a settled group with good foundations and good knowledge between all of them and we just need to turn these difficulties into belief and hope. We’re going to try.”

Iran has won the tournament previously on three consecutive occasions, including twice as hosts. Iran was successful in 1968,1972 and 1976.

Vietnam may possibly finish in the second position, ahead of Iraq. They won the 2018 ASEAN Football Federation (AFF)Championship, beating Malaysia 3-2 on aggregate in the final.

As a growing football nation, Vietnam has a lot to offer in this tournament.

Looking at their pedigree, Iraq also has a chance to qualify. Iraq became champions of the 2007 Asian Cup.

Yemen will be very lucky to win even one game. 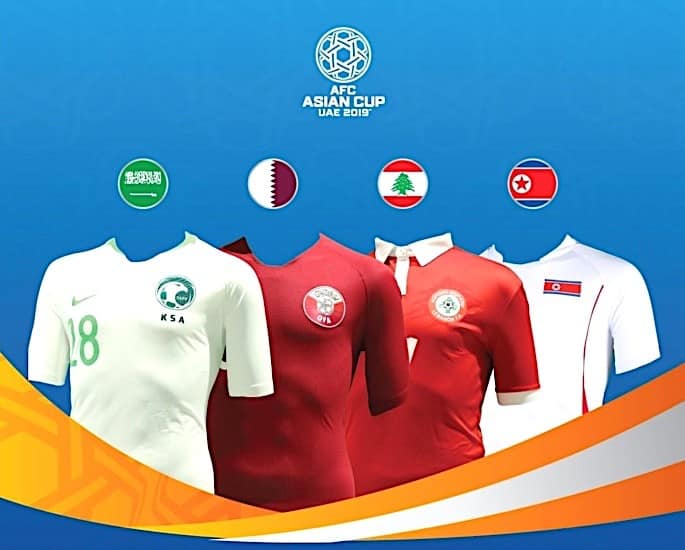 Saudi Arabia head Group E as multiple champions of this tournament. They lifted the trophy in 1984, 1988 and 1996.

The match between Qatar and Saudia Arabia reflects their blockade rivalry off the pitch. Regardless of what happens in the tournament, both teams will be desperate to beat each other.

The tournament will be a good litmus test for the 2022 FIFA World Cup hosts Qatar.

Qatar who takes this tournament as somewhat of a warm for the 2022 World Cup will want to impress.

Along with Saudi Arabia, as Qatar are geographically close to the UAE, they will be familiar with the conditions and the dry climate.

Promising striker Akram Atif believes the team have made adequate preparations for the event, saying:

“Our preparations have been more than excellent. We’ve played a number of impressive games against teams with various playing styles in the past few months.

“That’s helped us build our experience, improve our physical fitness and understanding, and test a lot of tactical plans. I believe we’re ready to translate all that on to the pitch.”

The 22-year-old who always dreamt of playing such a tournament is not overwhelmed by the occasion as he mentions:

“Personally, I don’t fear pressure, and if there’s pressure I’ll turn it into a positive.”

“If I find myself under man-to-man pressure, that won’t be a big deal as I’m not the only player in the team.

“My team-mates are capable of compensating for that in their own positions. We know the coach has effective solutions to all these tactical issues.”

1966 World Cup quarter-finalists North Korea inspires a lot of diplomatic and secret interest. North Korea is likely to reach the knockout stages. But one cannot dismiss or discount Qatar.

Lebanon also in the group have very little chance to make a mark. 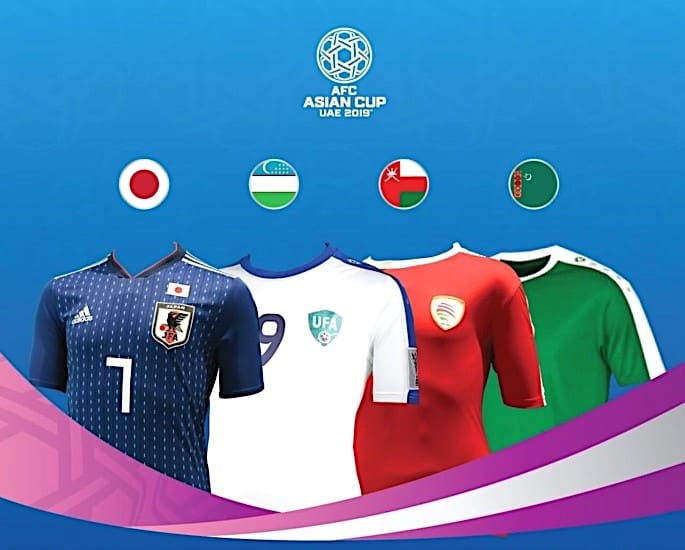 They are the only Asian team to have made it out of the group stage of the 2018 FIFA World Cup.

The team is going through a traditional phase, with some of their experienced retired post-World Cup.

Japan is naturally expected to qualify from F. Oman who won the 23rd Arabian Gulf Tournament in 2018 are also in this group.

They narrowly beat UAE 5-4 on penalties. Thus Oman has a chance of doing something in the tournament. Again with Oman close to the UAE, they will know the conditions and be used to playing in the heat.

They have a bigger advantage than Uzbekistan and Turkmenistan who are geographically further north to the UAE.

In the first match of the competition on January 5, 2018, Bahrain silenced the vocal home crowd, with a 1-1 draw against the UAE.

Crowd support will be important for this tournament. At the 2011 tournament held in Qatar, there were very few people watching inside the stadiums.

As FIFA wants to spread the game and encourage football in different regions, UAE has a good chance to showcase the increasing popularity of football in Asia.

With a big subcontinental presence in the desert country, organisers are hoping that desi fans will come out to support Team India.

The involvement of fans should energise the tournament. Watch out for India, the Blue Tigers and Thailand, the War Elephants.