Bollywood actress Zareen Khan talked about her own casting couch experience during her career in which a kissing scene was involved.

"What? I am not doing any kissing scene as a rehearsal."

Zareen Khan has recalled her casting couch experience during the early stages of her career in which there was a kissing scene incident.

The Bollywood actress, who made her debut in 2010 with Salman Khan in Veer, explained that she has been harassed by men in the film industry.

Zareen revealed that while she was new to the industry, a film director made an inappropriate suggestion to her.

She said that the director requested that they should rehearse a kissing scene together. Zareen said:

However, when he asked to do the kissing scene rehearsal, Zareen responded:

“What? I am not doing any kissing scene as a rehearsal.”

Zareen also explained that she was sexually harassed when she had established herself in Bollywood.

Another person told her that they would “specifically look into the projects you’re getting” if she agreed to be “more than just friends”.

Zareen stated that her self respect is hugely important to her and that there would have been no guarantee that the person would have helped even if she agreed to his request.

The actress also talked about her comparison to Katrina Kaif following her debut and all the criticism she received for her weight. 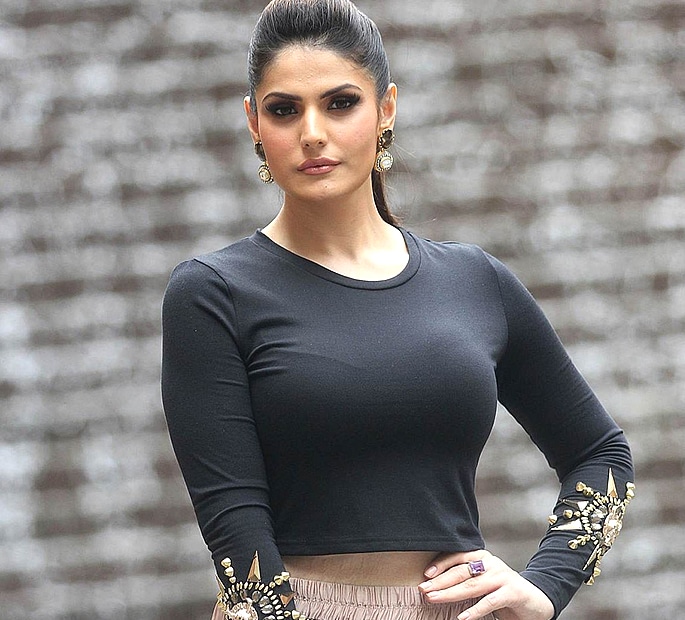 The comparisons by the media resulted in awkwardness between the two actresses but Zareen accepted it.

Zareen Khan had headlines after she posted a picture on Instagram. It was a photo which showcased her weight loss.

However, some social media users pointed out her stretch marks and decided to make nasty comments.

But the actress took the trolls head-on and responded with a defiant message. She wrote:

“For people who are very curious to know about what’s wrong with my stomach, this is the natural stomach of a person who has lost more than 50kg of weight.

“This is how it looks when it is not photoshopped or surgically corrected.

Zareen’s response was praised and fellow actress Anushka Sharma came out in support of her. She commented:

“Zareen, you are beautiful and brave and strong and perfect just the way you are. #appreciationpost #lookbeyondbody.”

The actress is getting ready for the release of her next film Daaka which is scheduled to release on November 1, 2019.

Dhiren is a journalism graduate with a passion for gaming, watching films and sports. He also enjoys cooking from time to time. His motto is to “Live life one day at a time.”
IIFA Rocks 2019 a Night to Remember with Bollywood Stars
‘Maidaan’ Kicks Off The Golden Era of Indian Football