Bollywood actress Zareen Khan shared a photo of her weight loss. But she was subjected to online trolls who pointed out her stretch marks.

"This is how it looks when it is not photoshopped or surgically corrected."

Zareen Khan was the victim of online body-shaming after she posted a picture of herself on social media.

The actress has been subjected to trolling since she made her Bollywood debut in 2010 with Veer. Many commented on her weight.

Even before acting, Zareen has dealt with body-shamers when growing up.

A combination of intense training and following a proper diet, Zareen has lost a lot of weight but this has not stopped online trolls from going after the actress.

She was trolled for posting a picture of her near Pichola lake in Udaipur. Social media users pointed out the stretch marks on her stomach and made nasty comments.

One person wrote: “What happened to your stomach?”

Another commented: “So weird stomach.” 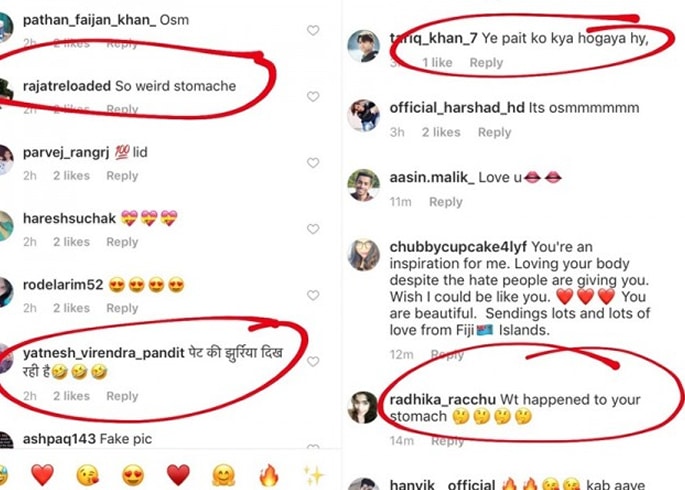 Zareen eventually came across the hateful messages and instead of becoming upset, she decided to respond with a defiant message.

She posted: “For people who are very curious to know about what’s wrong with my stomach, this is the natural stomach of a person who has lost more than 50kg of weight.

“This is how it looks when it is not photoshopped or surgically corrected.”

Zareen continued to slam the haters by adding: 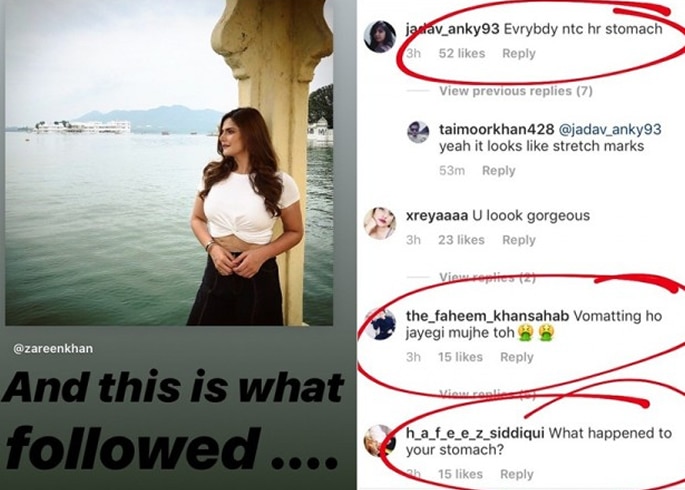 Zareen even highlighted the negative comments to make people aware of the terrible situation that exists online.

She also thanked her fans who praised her photo and the journey she has been on to lose that amount of weight.

One person posted: “Yes everyone should notice, she lost extreme weight.

“And these stretch marks are her victory and she doesn’t believe in hiding that.”

While there were haters, there were many who came out in support of Zareen Khan and fellow Bollywood actress Anushka Sharma was one who spoke about the incident.

She praised Zareen for the way she dealt with the hurtful comments.

Anushka wrote on Instagram: “Zareen, you’re beautiful and brave and strong and perfect just the way you are. #AppreciationPost #LookBeyondTheBody.”

On the work front, Zareen will next be in Hum Bhi Akele Tum Bhi Akele, an independent film which is about two completely different individuals who meet at one point in life, and how they form a unique bond.

Dhiren is a journalism graduate with a passion for gaming, watching films and sports. He also enjoys cooking from time to time. His motto is to “Live life one day at a time.”
Aspiring Actress Pearl Punjabi commits Suicide in Mumbai
TV Actress Juggun Kazim got Fat-Shamed even after a Miscarriage