Chiselled abs and toned stomachs are assets that all our favourite Bollywood stars possess. But even the sexiest celebs have undergone drastic weight loss! Find out who!

It seems that every Bollywood hero has a six-pack and every heroine a flawless waistline, but audiences may not realise how much work goes into achieving this finished product.

Before becoming the toned and stylish icons they are known as today, celebs were once ordinary and sometimes even overweight!

But with the help of fitness trainers, and some major dieting, these chubby teenagers have transformed into some of Bollywood’s biggest sex symbols.

Get ready for some surprises as DESIblitz takes you through some of the best weight loss winners in Bollywood! 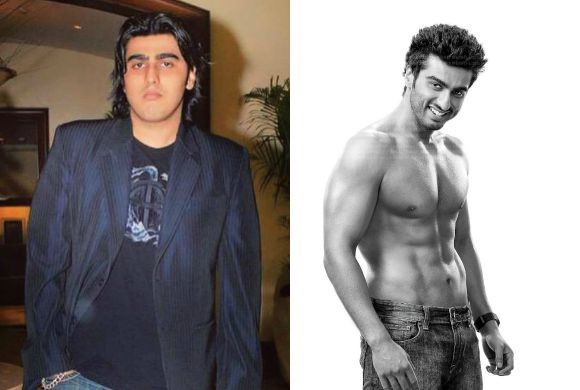 Known as ‘Fubu’ by the industry in his younger years due to his weight, no one would have ever guessed that this guy would go on to become a Bollywood star!

Despite being the son of producer Boney Kapoor and the nephew of superstar Anil Kapoor, with no great physique or sense of style himself, Arjun was never considered hero material.

That was until fitness guru and Bollywood superstar, Salman Khan, took Arjun under his wing and trained him for his Bollywood debut.

Salman’s guidance, Arjun’s dedication and styling assistance, helped Arjun shed around 50kg to transform himself into the chiselled and stylish superstar we know today. 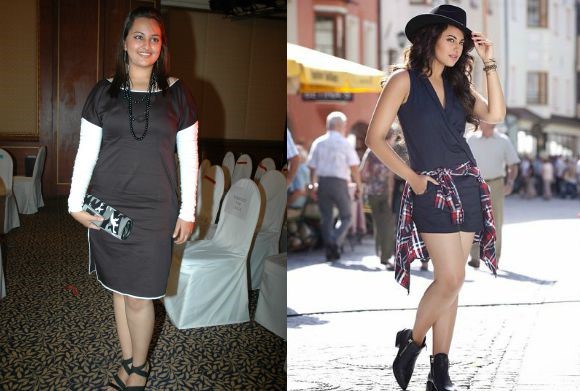 Though she is now known as exemplifying Indian beauty, wearing saris that drape seamlessly over her curves and midi tops that highlight her waist, it is hard to believe that Sonakshi Sinha was once a chubby girl who went unnoticed in a crowd!

Earlier shying away from fashion, wearing big baggy clothes and avoiding acting, everything changed for her when Salman Khan offered her a debut in Bollywood alongside himself in Dabangg (2010). 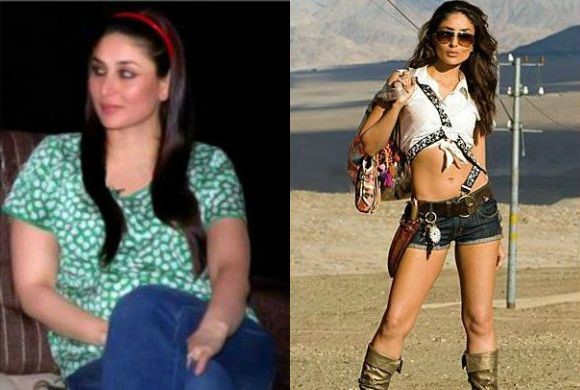 Bollywood’s Bebo is undeniably a voluptuous beauty, with her killer curves and striking facial features, she has always sizzled on screen, regardless of her size.

However Kareena made heads turn when she decided to drastically change her figure for her role in Tashan (2008).

Adopting a strict diet and a regimental fitness plan, Kareena made history as the first ever actress to bring size zero into Bollywood! 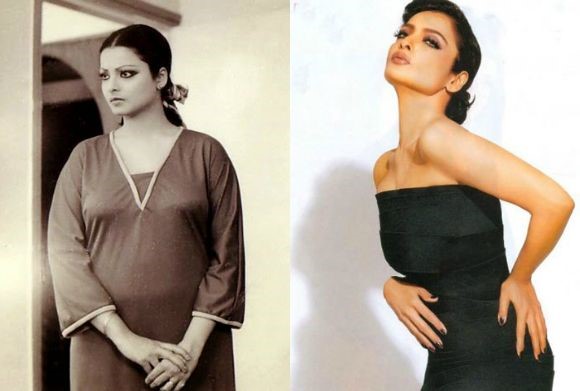 From being a chubby and poorly dressed actress, to becoming one of the most stylish Bollywood icons, Rekha has come a far way in her physical transformation.

Rekha began her career as a plump young girl, but as her career progressed, so did her physical appearance.

Embracing yoga and adopting a strict diet regime, Rekha transformed herself into a sultry superstar.

No longer limited to saris, Rekha flaunted her figure in Western attire in Khoon Bhari Maang (1988), where her drastic change in appearance wowed the audience. 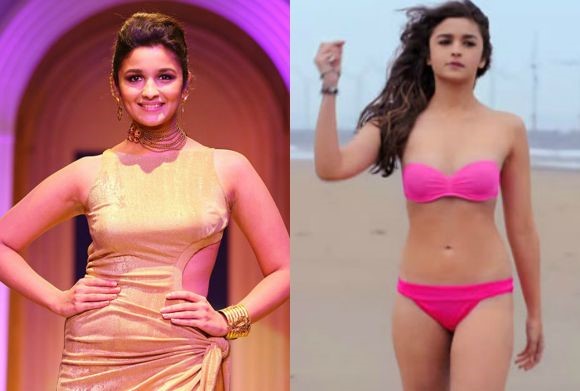 Bollywood’s sweetheart Alia Bhatt entered the industry as the cute girl next door. However even before her debut in Student of the Year (2012), Karan Johar asked the plump Alia to lose some weight to play the role of Shanaya.

Since then Alia has never looked back, and has gone forward to lose even more weight to achieve a stunning bikini body for her role in Shaandaar (2015).

Flaunting her toned stomach and lean figure in the film’s teaser, we are eagerly awaiting to see her new look in her upcoming movie Shaandaar.

Chubby and even sometimes overweight, it does seem shocking that some of our favourite Bollywood stars were once almost unrecognisable!

These poorly styled overweight teenagers, who were once overlooked by the film industry, now dominate the silver screen.

Their stunning transformations show that with hard work and dedication anyone can change themselves into a sexy Bollywood superstar!

Momena is a Politics and International Relations student who loves music, reading and art. She enjoys travelling, spending time with her family and all things Bollywood! Her motto is: “Life is better when you're laughing.”
Sunny Leone to play Bollywood Superwoman?
Mindy Kaling among Highest Paid TV Actresses