Fardeen Khan showed off the results of his 18-kilogram weight loss. The actor is set to return to Bollywood after an 11-year hiatus.

"I must say it’s a massive transformation."

Ahead of his Bollywood comeback, Fardeen Khan was spotted leaving a hair salon in Mumbai and showed off the results of his 18-kilogram weight loss.

The actor was last seen in the 2010 romantic comedy Dulha Mil Gaya.

Paparazzi spotted the Heyy Babyy star leaving the salon. He was seen wearing a blue denim shirt, white trousers and a mask, along with a pair of sunglasses.

Fardeen posed for photos before he asked:

“Please tell me what picture you will take with a mask.”

He thanked those who gathered to see him before leaving in his car.

A video of the encounter was shared online and fans could not help but notice his body transformation. Netizens praised the actor’s weight loss.

One person wrote: “He’s back and I must say it’s a massive transformation.”

Another user commented: “The way he transformed his body and weight remarkable.”

Fardeen Khan was last seen in public leaving director Mukesh Chabbra’s office, leading to speculation that he would be returning to Bollywood.

In 2017, a photo of the actor looking overweight had circulated on social media. 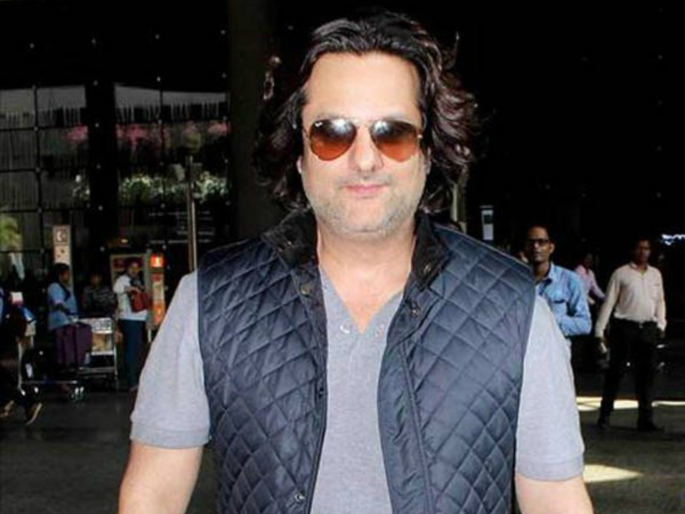 On his transformation, Fardeen said:

“Back then, I wasn’t feeling my best. I am also dad to my daughter, 7 and son, 3, so I run after them, take them to school, play in the part etc.

“I wanted to reclaim myself, not just how I look, but how you feel, your energy level.

“So, six months ago, the lockdown worked for me and I focused on health and nutrition and lost weight.”

“Later, I got a personal trainer and I have lost 18 kilos this year. More importantly, I feel very good. I feel 25, which I had forgotten.

“We are in a business where you are expected to look good and that is part of the motivation of working again. I am happy and it feels great.”

Fardeen also revealed he stayed away from Bollywood to focus on his family.

He said that he did not want to be away for long but admitted there were some challenges. Fardeen also said he wanted to be there for his wife Natasha Madhvani and their children.

Fardeen added: “I wanted to be there for her and my kids, who are the centre of my world. I enjoy being a dad.

“Now that I am back, I feel like a newcomer. But I think I come with a certain degree of wisdom.

“You are calmer while approaching things and you have seen how things work. I am glad to be back.”r

Dhiren is a journalism graduate with a passion for gaming, watching films and sports. He also enjoys cooking from time to time. His motto is to “Live life one day at a time.”
10 Indian Films that Led to Protests & Public Dissatisfaction
7 Bollywood Stars who Tested Positive for Covid-19