Bollywood stars are not all about toned bodies, some have embarked on dramatic journeys. Here are six Bollywood weight loss stories.

"you will always be a constant work in progress."

On the big screen, Bollywood celebrities tend to be seen with toned and fit bodies.

However, there are a few stars who have undergone major body transformations after being unhappy with their weight.

Through determination and strict fitness regimes, these celebrities have achieved dramatic results.

Their weight loss transformations are so dramatic that in some cases, their fans are stunned to see the difference.

Many have spoken about their weight and how they went about losing the extra kilos.

With such inspiring stories, here are six Bollywood weight loss transformations to look at. 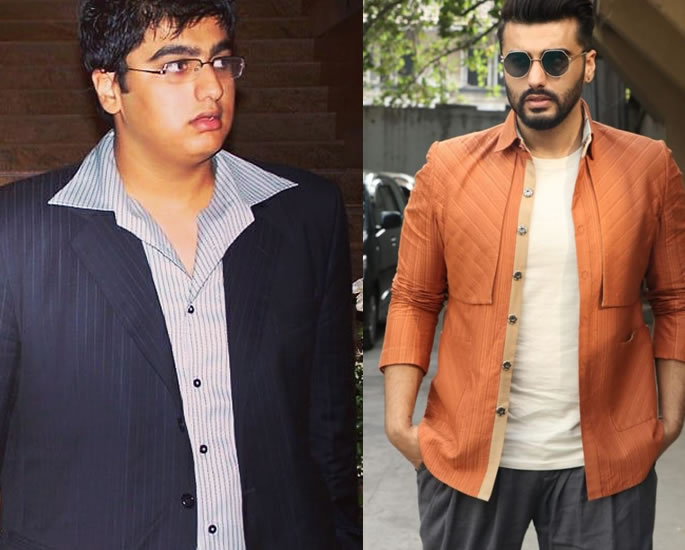 Before entering Bollywood, Arjun used to weigh around 140 kilograms. When he signed his debut film Ishaqzaade, he shed 50 kilograms.

The actor admitted that being overweight was part of his life.

He also said that he never wanted to lose weight and was content with how he looked.

But he was guided by Salman Khan and the pair used to work out together.

Arjun explained that his body transformation is a work in progress and that his mother, the late Mona Kapoor, had inspired him.

“My mother told me every stage of your life is a journey and you will always be a constant work in progress.

“I understand the meaning of that now more than ever and I’m loving that I’m working towards bettering myself… every damn day!!!” 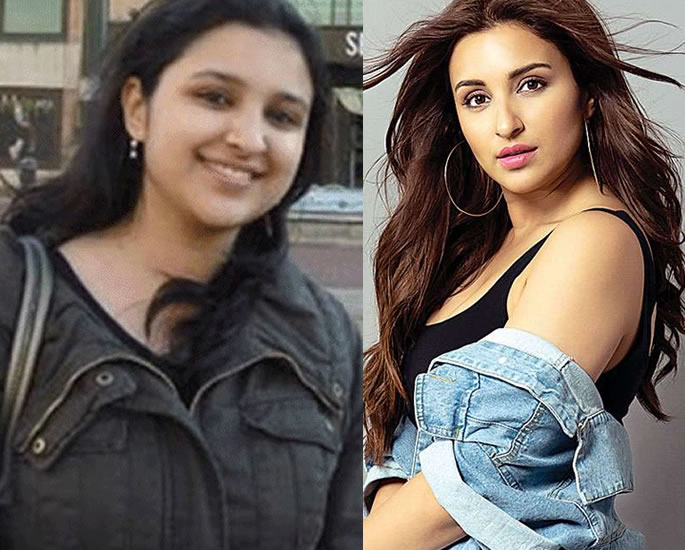 Parineeti Chopra has openly talked about her weight in the past.

The actress used to weigh 86 kilograms and she admitted that she gains weight easily due to low metabolism.

She also said that she ate a lot of pizza and pasta.

But Parineeti said that she became irritated with having limited clothing options, previously saying:

“I was sick and tired of clothes not fitting and having limited options on what to wear.”

Her first step in her weight loss journey was giving up pizza. She had said:

“I gave up pizza! It’s my first love. I can let go of anything but not pizza. But I didn’t have a choice.”

Parineeti then embarked on a strict regime, both in terms of exercise and diet.

The actress follows a diet that involves leafy vegetables and brown foods.

She burns off any extra calories by running, dancing and any other activities that she enjoys such as swimming.

Parineeti’s weight loss story may be a dramatic one but she now loves how she looks. 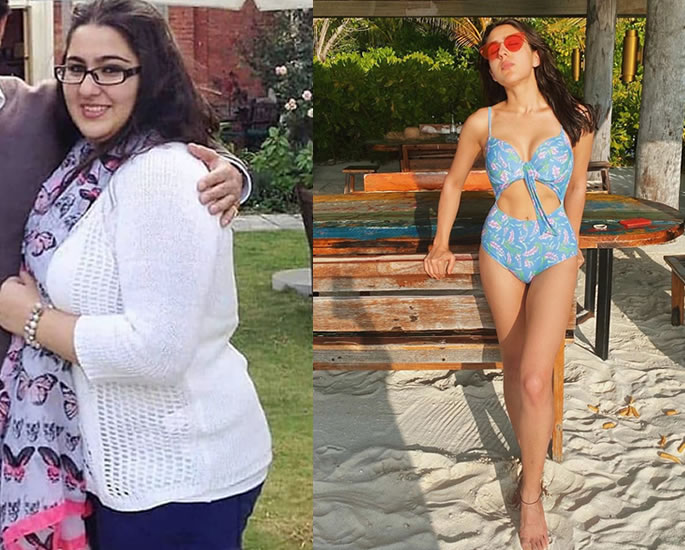 One of the most inspiring Bollywood weight loss transformations is Sara Ali Khan.

The actress used to weigh 96 kilograms at one point due to eating junk food such as pizza.

It was also due to the fact that she suffered from polycystic ovary syndrome (PCOS). One of the main symptoms of PCOS is weight gain.

Her mother Amrita Singh advised her to lose weight when Sara cried about her appearance and told her that she always wanted to become an actress.

Sara began her weight loss transformation whilst studying in the United States.

It began when she went to the gym and struggled to do three crunches whilst holding a weighted ball.

The struggle led to some doubt in her mind, but Sara persevered, gradually increasing the intensity.

Sara lost 30 kilograms and the weight loss was so dramatic, her mother did not recognise her when she picked her up from the airport.

She said: “She recognised me at the airport only because of my suitcases. I was looking completely different.”

Sara is now one of Bollywood’s biggest fitness fanatics, regularly posting some of her workouts on social media. This includes pilates and yoga. 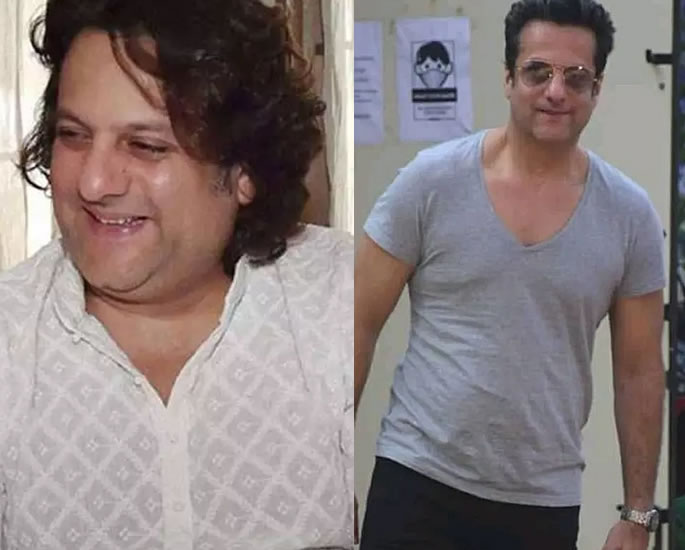 Fardeen Khan’s weight loss transformation is perhaps one of the most recent stories.

The actor quit films in 2010 and he was last seen in public in 2017 leaving director Mukesh Chabbra’s office looking overweight.

The weight gain led to Fardeen being trolled.

He was pictured again in March 2021 looking considerably slimmer and he was praised for his weight loss.

Fardeen revealed that he had lost 18 kilograms in just six months.

On the transformation, Fardeen said:

“Back then, I wasn’t feeling my best. I am also dad to my daughter, 7 and son, 3, so I run after them, take them to school, play in the part etc.

“I wanted to reclaim myself, not just how I look, but how you feel, your energy level.

“So, six months ago, the lockdown worked for me and I focused on health and nutrition and lost weight.”

“Later, I got a personal trainer and I have lost 18 kilos this year. More importantly, I feel very good. I feel 25, which I had forgotten.

“We are in a business where you are expected to look good and that is part of the motivation of working again. I am happy and it feels great.”

The weight loss comes as he plans to return to Bollywood. 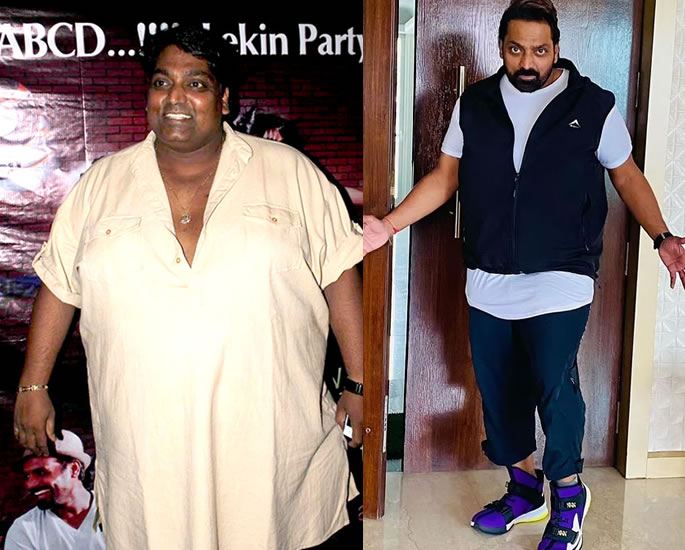 He decided to embark on a weight loss journey in 2015.

However, he put up nearly 40kg whilst working on the film Hey Bro.

Ganesh recalled: “It was tough for me. I have been working on my body for the past one-and-a-half years.

“I am shedding that weight now.”

While he wanted to “show a different version of himself”, Ganesh admitted that the first two months were “challenging” for him.

Ganesh said: “It took me 15 days to learn how to float. Slowly, my trainer Ajay Naidu made me do crunches in water.

“Now, I can execute 11 exercises (like scissors and lateral raises etc.) in succession over a 75-minute routine. It’s exhausting,” 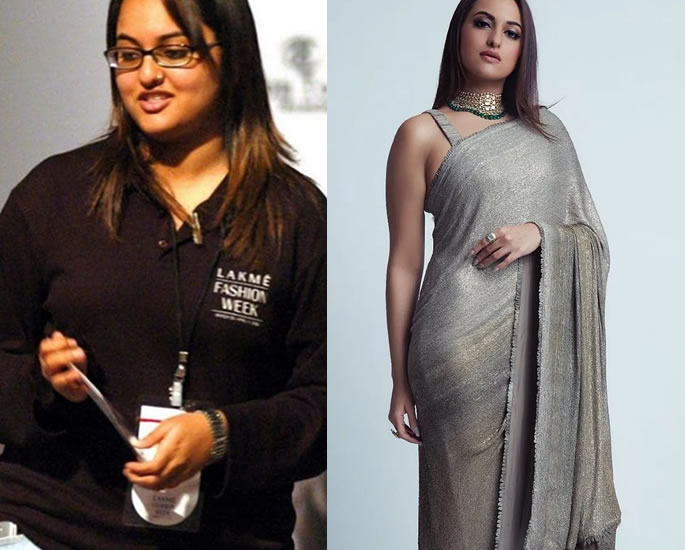 Sonakshi Sinha has been open about facing bullying in relation to her weight.

Sonakshi lost 30 kilograms before entering Bollywood and revealed that her weight loss came because it was trendy to go to the gym.

But initially, it was difficult. The actress admitted that she got on the treadmill and could only run for 30 seconds before getting tired.

She continued going to the gym and managed to lose 30kg in two years.

But despite her weight loss achievement, she did not receive the same credit from others who were still criticising her body.

However, Sonakshi stated that none of her critics knew what she had been through and how hard she worked to improve her fitness.

These weight loss transformations are inspiring to see as these stars spoke about their weight in the past and what motivated them to change things.

Their fitness regimes and diet changes are also what contributed to their body transformation.

With such large followings, their fans may also be inspired to follow in their footsteps.

Dhiren is a journalism graduate with a passion for gaming, watching films and sports. He also enjoys cooking from time to time. His motto is to “Live life one day at a time.”
Aisle launches Dating App dedicated to Tamils
Phlo Digital Pharmacy launches in Birmingham